You are here: Home / Archives for nicotine 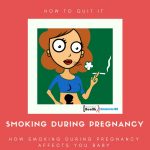 Smoking is the leading cause of birth defects, and it can even be lethal for your baby’s health. From premature babies to small sizes ones and babies that don’t survive, the hazards of smoking during pregnancy are many. Babies would be healthier if mothers would stop taking in cigarette smoke, first hand or second. Even… Read More