So what does this funny-sounding name stand for? Hoodia is a plant, resemblant to the cactus, which was initially used by the natives of the Namib desert as an appetite suppressant, meant to help their survival in the harshness of the sun. Now, this plant has been seen as an opportunity to make some money by people who created pills with the  Hoodia Gordonii extract, one of the plant’s species meant to help overweight people slim down.

First of all, let’s take a look at what these pills claim. Without any effort from the costumers, they will lose weight by cutting down the food intake to 40-60 %, quite a great deal I would say. But this is not all, the pills will supposedly make you feel more energized. It sounds kind of hard to feel the energy when you haven’t eaten even half of what you were used to, right? And this all comes with “no serious side effects”. To sum it all up, there are people who are offering me pills guaranteed to burn my fat and revitalize me at the price of a one month gym membership. Plus, you should be able to save about 40-60% of the money you usually spent on food, right? You might actually profit from this in terms of money as well. There you have it! An investment opportunity guaranteed to make you slim without any additional effort.

Secondly, regardless of the fact that there has been only one laboratory study made on the effects of this plant and it has been on animals, without any conclusive result apart from the fact that it likely has an effect on the hypothalamus endocrine gland which helps regulate appetite, the companies say that “there have been no consumer reports of safety problems regarding the use of the Hoodia Gordonii pills”. This is the overall picture of these diet pills and personally, I would really like someone to explain to me how was anyone is able to sell this stuff and actually convince people that it is way more effective and healthier than exercising and dieting. With names that remind me of get-rich-quick scams (Certified Hoodia, Hoodia Ultra, Super Hoodia 2000), a lot of these products seem to have more five than one stars reviews on Amazon, although the numbers are usually pretty close. What this actually proves is that most of the good reviews are being bought. After all, it’s publicity all of them are relying on. There is no other proof.

Thirdly, there is no replacement for exercise. Maybe it’s just me, but I feel like the most natural cases are the best, and this is why they lasted so long. I bet there weren’t any obesity cases a few thousands of years ago, and it was not because people were on a strict treatment with Hoodia pills. Probably, not too long from now, these pills will become illegal without a prescription. While currently passing on under “nutritional supplements”, the effect this has over the hormones in your body (which is, by the way, the only thing scientifically proven) should not be something taken lightly, and definitely not be sold to anyone. While working out is not recommended unless fully you are healthy and have the approval of a physician, how can someone entrust this revolutionary product with his or hers physical well-being is beyond me.

The best advice I could give to someone truly desiring to improve his fitness condition would consist in nothing more than telling him to be persistent in the old-ways. Trying to achieve such goals through the extracts of a plant may be even more ridiculous than planning on getting rich by winning the lottery. You have to get there through what may now seem like “the hard way” if you want it to last. I would never even think about giving sub-nutrition a chance over proper eating habits.

No matter if you feel like you’re hungry or not, if you don’t eat, your body is still going to notice. The thing is, when trying to lose weight by starving, the body will just quickly deposit everything you eat after that, afraid that it might need it in case you will think of doing that again. This is true regardless of the Hodia pills’ claimed-effects. Not eating is not going to get you slim. Eating properly and dividing your meals into a lot smaller, more frequent ones is going to get you a much longer way. 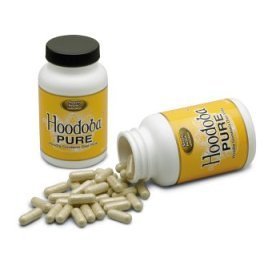 If something seems too good to be true, then it probably is. And not only it isn’t true and it does not bring you the promised benefits, but most often it will harm you as well. It is never worth the risk, and, when in doubt, just think about the fact that if this were to be true, anyone would be slim right now. Almost 80% of the gyms would’ve closed, a lot of sports equipment companies would’ve gone bankrupt and the owners of these Hoodia companies would’ve been richer than Bill Gates, because the way it seems, people would pay much more money to lose all the undesired weight with no effort than for a Windows license.

In my opinion, taking these pills is probably more harmful than stacking prohormones. The effects are opposite, yes, but I was just trying to make a point. At least their effect, as well as their side-effects are proven, and when buying such substances one takes responsibility while being fully aware of the consequences. Please, do yourself a favor and steer clear of such substances that promise the impossible, and don’t let such false claims ruin the willingness to work for your goal. That’s the only thing that truly matters and that can make a difference.