You’re a blogger. Or a freelance writer. Or a video gamer. You spend hours at your office desk, at your home computer or at an assembly line, and you sometimes experience a curious tingle in your hand. You try to ignore it, but sometimes, your hand goes numb. And, occasionally, you experience a sharp shooting pain in your wrist and all the way up your arm. Many people choose to ignore this symptom, passing it off as writer’s cramp, but it may not be just a freak occurrence. You could have the common and (much ignored) ailment called carpal tunnel syndrome.

What exactly is carpal tunnel syndrome?

For those suffering from carpal tunnel syndrome, the median nerve is pressed at the wrist, i.e. the point where your wrist is pressed into a keyboard or computer mouse. The median nerve is what gives us sensation in our palm and fingers; it also sends impulses for certain movement. The nerve is enclosed in what is called the carpal tunnel (hence the name) and inflammation of this passageway can start to squeeze the nerve, resulting in the initial “tingly” or “itchy” feeling and eventually progressing to a sharp, shooting pain that can travel all the way up the arm. 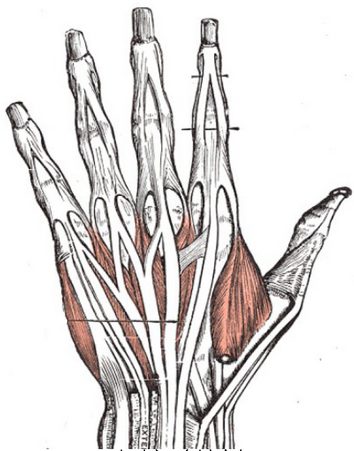 What are the signs I have carpal tunnel syndrome?

As previously described, the first signs are strange sensations in the hand, such as tingling, itching or numbness. Some patients complain that most of the feeling is lost from their fingers, like they are wearing thick winter gloves. It’s possible that the patient will even wake up in the middle of the night to the strange sensation. As it continues to go untreated, sufferers will notice a loss in the strength of their grip. Additionally, the sharp, shooting pains emerge as a clear symptom. In the most extreme cases, the feeling of touch is distorted and the sufferer is unable to distinguish between touching sensations.

How do I prevent getting carpal tunnel?

First of all, try to limit activities that put undue pressure on your wrist and the median nerve (put away the computer!). However, if this is unavoidable because you are in a profession that requires ample time at a computer, working at an assembly line, sewing, manufacturing, etc., than there are some other options.

If you are experiencing the initial symptoms of carpal tunnel syndrome, it is wise to make the aforementioned changes immediately so as to prevent further damage. If these prevention tips don’t work, you might need to visit a physician and get officially treated.

How did I get carpal tunnel syndrome?

In a vast majority of cases, carpel tunnel syndrome emerges in those individuals who engage in repeated behaviors that put pressure on the wrist. That is why people who spend hours on the computer each day oftentimes develop the ailment. Assembly line workers are also commonly afflicted by carpal tunnel syndrome. However, these activities are not the end of the story (or else millions of more people would be diagnosed with carpal tunnel syndrome!). There is an individual component to the matter, as the individual in question usually has preexisting factors that give them a propensity for developing the ailment. Often, sufferers are born with small carpal tunnels in the first place and their repeated activity seals the deal. Sometimes, there is actually a problem with the median nerve in question, rather than merely pressure on the carpel tunnel. Also, it is possible that an injury to the wrist, the presence of tumors or cysts in the wrist or carpal tunnel, and preexisting rheumatoid arthritis can bring on carpel tunnel syndrome. Usually, it is a combination of several factors that can bring on the syndrome.

How do I treat my carpal tunnel syndrome?

Once you are officially diagnosed by a proper physician or medical professional (don’t rely on self-diagnosis, go see a specialist!), the good news is that there are a lot of options to treat the ailment. At first, your doctor will likely recommend getting a wrist splint and applying cold press to the area. If this doesn’t have a significant impact, he or she will then recommend more drastic measures such as certain anti-inflammatory drugs or corticosteroids. If you visit a more holistic medical professional, he or she will probably recommend taking up yoga or even trying acupuncture.

If these non-invasive treatments are unsuccessful, surgery is your last option. This isn’t a serious operation; in fact, it is actually very common. Nonetheless, usually, this is a last resort for the most serious cases of carpal tunnel syndrome. It also only requires local anesthesia and minor physical therapy to regain normal wrist functionality. Additionally, it will take a couple months for full strength to return. Generally, it will be an open release surgery, which is a basic incision and subsequent enlargement of the carpal tunnel.

Carpal tunnel syndrome is a common ailment and, please know, that you are definitely not alone in your diagnosis. If you believe you are at risk, make the necessary changes as soon as possible and if you believe you may have already developed the syndrome, visit your physician to receive official diagnosis and treatment as soon as you can. Carpal tunnel syndrome is generally not a serious condition, but it can definitely progress into one if you do not take action. Don’t pass it off as writer’s cramp; it’s important to take proper care of your wrists!