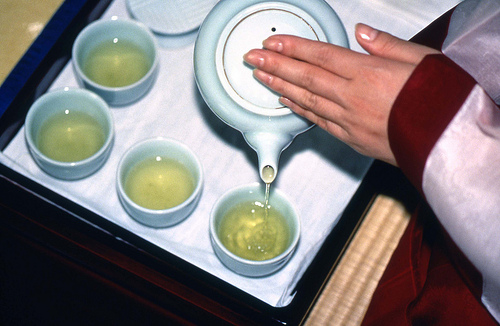 The prostate is a gland about the size of a walnut that is found in males just below the bladder. It’s primary function is to produce the white liquid that nourishes sperm called seminal fluid. As men age they can become at risk for problems with urinating or ejaculating due to conditions developed in the prostate. Conditions such as an enlarged prostate and prostatitis happen to many men as they age. As the pressure builds up and presses on the urethra it can cause bladder control problems and lead to uncontrollable urination. Special guards or briefs are typically used to compensate for these urinary symptoms. Prostate cancer is the sixth leading cause of death due to cancer in men and number one diagnosed cancer in men in large part because symptoms are not reported early on. Prostate conditions, especially cancer, are slow in their onset and often show little to no symptoms before becoming severe enough to cause serious problems. While genetics do play a role in the likelihood of developing a prostate condition a balanced diet and overall healthy lifestyle has been shown to decrease men’s chances of developing problems in their later years. Here are 10 healthy habits men can practice to maintain a healthy prostate throughout their lives:

A diet rich in anti-oxidants can go a long way to prevent prostate cancer. They have been found to reduce the size of already existing tumors and are plentiful in foods like berries, watermelon, grapefruit, and tomatoes. Tomatoes in particular carry the anti-oxidant lycopene which has been consistently linked to help preventing the onset of prostate cancer.

The prostate gland uses more zinc than any other part of the body and is a mineral many men lack in their diet. Zinc has also been found to stabilize steroid hormones which control inflammation in the prostate. Be careful about mixing zinc and copper though. Both are helpful nutrients for the prostate but actually work against one another for absorption and utilization by the body. If taken separately they can be a great one, two punch for promoting prostate health.

Copper is tremendously beneficial in forming red blood cells, brain function, regulating hormones, and promoting activity of antioxidants. If you are eating foods with a high amount of zinc or zinc supplements make sure you take a healthy dose of copper separately during the day. Zinc and copper, while both important, actually compete with one another for absorption in the body. Separately, they help prevent certain disorders of the prostate. Zinc is more beneficial for preventing prostatitis while copper is more helpful in preventing benign prostatic hyperplasia (or BPH).

As mentioned above, the prostate afflictions are slow to set in and most commonly appear in more severe stages after fifty. One you turn 40 make an annual appointment to get your prostate examined. This way you’ll be able to catch any problems in their early stages.

Kegels are strength-training exercises for your pelvic muscles from your anus to your urinary sphincter. Doing these exercises regularly can help improve the strength of your erection, treat erectile dysfunction, and even help with premature ejaculation by strengthening the prostate.

Studies show that obese men are at a greater risk of not only developing prostate cancer but cancer in general. The human body is only meant to carry a certain amount of weight for its skeletal frame and once a person regularly starts to carry around more than healthy efficient functionality of the body, including but not limited to the immune system, begins to regress. Whether this more due to an unbalanced diet or lack of strengthening the body through exercise is unclear but maintaining a healthy weight definitely seems to help the body’s ability to fight off the disease and put less stress on the prostate through healthy urination and blood flow.

7.      Limit Alcohol Consumption and No Smoking

Dr. William Roberts of John Hopkins University recently did a study that found prostate cancer to be more prevalent in men in the age of 50-55 who were current or former smokers. It was however, concluded that quitting did reduce the risk. Alcohol is more taxing on your body to metabolize and can have less unhealthy effects if kept to 1-2 drinks a day.

Fish, particularly Salmon, contain an abundance of Omega-3 fatty acids which are essential fats the body does not have the ability to produce on its own. These kinds of fats are known inhibit the growth of cancer cells and can promote healthy blood flow, urination, and fight inflammation. 1 or two servings a day or even just 4 a week can go a long way to keeping your prostate and your heart functioning healthily.

What do the Japanese men and Chinese men both have in common regarding prostate health? They are two of the nations with the lowest reported cases of prostate cancer relative to population and they both consume high amounts of green tea. Green tea has long been considered a drink helpful in inhibiting the growth of cancer cells and these two countries are excellent proof. The polyphenols in green tea are among the strongest antioxidants out there and have been shown to tremendously strengthen one’s immune system. 3-5 cups of decaffeinated Green Tea a day are generally recommended to keep prostate cancer away.

One of the main substances found in garlic, S-allylmercaptocysteine, is actually being researched as treatment for prostate cancer. Garlic’s many anti-oxidants make it already an optimal choice for promoting prostate health but raw garlic has actually been found in some studies to be as powerful an antibiotic as penicillin. Garlic sulfides have been found to stimulate your immune system and fight infectious bacteria. In addition to containing many chemicals known to inhibit cancer growth, garlic has a high amount of selenium which has been found to be helpful in fighting the growth of tumors.