Koilonychia is a disorder that occurs in the fingernails. More commonly known as spoon nails this disorder shows itself in a concave formation of the fingernail or a depression in the nail. This causes a spoon shape on the nail meaning that the center portion of the nail forms in an indented fashion. Though this occurs somewhat commonly among young infants it will most often disappear as the child ages. This is generally nothing to be concerned about and will typically not require any type of treatment. When this occurs in older children or adults however, this is problem that needs resolution. It could also indicate that there one of several other medical conditions are present within the individual.

This disorder is actually a genetic problem that could arise from problems with the musculoskeletal or system or the kidneys. This could, however, occur as a result of traumas, or exposure to certain solvents. It could also be a result of other disorders including a deficiency in iron. There are many other problems that could be the cause of this disorder such as lupus, Reynaud’s syndrome, Patella syndrome, pica or even hemochromatosis. This could even arise as a result of the use of certain soaps or detergents or if the individual is undergoing chemotherapy. Because of the myriad of ways that this problem could occur, it is important to arrange a visit to your doctor to determine the reason that caused it.

The concave formations of the nail as a result of koilonychia are actually a result of abnormalities in the beds of the nails. The nail bed develops ridges or waves and the nail forms over that bed which results in the nail forming strange curves. The center of the nail will have a deep indentation in these cases which are capable of holding drops of water without spilling them. There may even be cracks running the length of the nail or flares to the sides of the nail itself. These are highly visible to the eye and can continue to develop over time. Though they may be present in all nails on the hands or feet they may as well be present in only one or a few of the nails that an individual possess. How many nails show signs of Koilonychia will depend on the cause of the disorder. Whether it is genetic, a result of trauma or a result of nail biting for example will affect the number of nails affected.

Of course there are several different symptoms that could occur and indicate that koilonychias is the problem. The most obvious of these is the thinning of the nails which occurs prior to the curling of the nail edges resulting in the spoon-shape. The colors of the nails will also begin to change throughout the course of this disorder and the shape of them will also change slightly. When the nail detaches further from the nail bed it can cause pain and could even cause an infection to occur.

Preventing koilonychia is something that you will definitely want to do if you have not developed it yet. If you have family with this disorder it will be even more important to look into preventative techniques. There are several different ways that you can do this which are very simple. One of these is avoiding biting your nails. This is because biting of the nails is one of the common ways this disorder occurs. Another method of prevention is to wear gloves when working with chemicals or liquids of any kind. It’s also important to eat foods that are high in iron.

Adding extra vitamins to your diet and also including them in the diet of your children is incredibly important as well. If you are showing the preliminary signs of this disorder or if your children seem to be showing signs, you will definitely want to talk with your doctor about ways that you can prevent the disorder from advancing.

If you believe you have koilonychia it’s important that you visit your doctor to determine if this is indicative of other medical disorders. It could be that your symptoms and spoon nail problems are a symptom of one of the more serious disorders we previously mentioned. It’s even more important that you receive the proper treatment for that disorder so that you can avoid more advanced problems and the pain involved with koilonychia. Emollients can also be used to assist with softening the skin and nail or apply an overlay that will fix the nail itself. The sooner you visit a doctor with your symptoms the sooner he will be able to assist you in your recovery process.

The treatment for koilonychia could be as simple as using skin softening creams or lotions. It could, however, require you to eat a more iron or vitamin-rich diet. It could also require medication or iron supplements. It is important that you get a diet as rich in iron as necessary without overdoing it. Too much iron can cause just as many problems as not enough iron could. Visiting a doctor and possibly a dietician can ensure that you are getting the proper amount of iron for yourself and your children who could inherit the disorder from you. 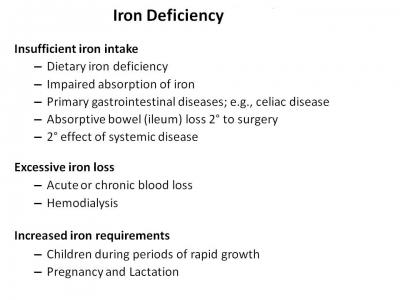 This disorder may not seem serious when discussed in this manner. For some it may seem like a strange formation of the nails is nothing to be concerned about. The problem however, is only slightly to do with the shape of the nails. These nails can look odd and worse they can hurt. What is far worse however are the disorders or diseases that could be causing this problem to develop. Often it is a sign of something far worse that is not as easily recognizable and that is why it’s important not to ignore what your nails may be telling you. Keep yourself under close observation. Any type of change in your body is a sign that something may be wrong and needs to be changed.