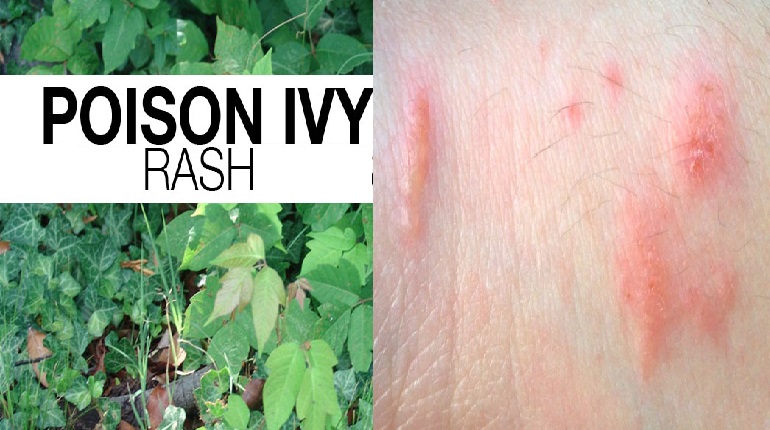 What is Poison Oak Rash?

This is a reaction which is allergic in nature in response to exposure to stem or leaves of poison oak. This is a plant found in western regions and has the botanical name called Toxicodendron diversilobum. This is a leafy shrub plant which grows as high as 6 feet. It can also grow like the climbing vine in shaded areas. This plant has red or greenish leaves depending upon which weather it is– green in summer and red or orange in late summer. Green, white or yellow flowers are found on this plant.

Causes: How Does Poison Oak Affect the Body

Much like poison ivy/sumac, poison oak secretes an oil known as urushiol. Allergens are released into the skin when it comes into contact with the plant. Researchers have estimated that 15 to 20 percent of persons are not allergic to poison oak secretions. Recognizing the plant is essential because the best way to prevent poison oak rash is to avoid it.

Western poison oak grows along the Pacific Coast, from Canada to Baja California. The shrub-like plant grows from the sea level at 5 thousand feet. A poison oak’s leaves contain 3-5 leaflets.

Another type is the Atlantic poison oak which is native to sandy soil of the east/SE United States. It can be found in Texan cities as well as Oklahoma. This poison oak has three leaflets on each of the leaves.

Skin irritation results from being in contact with the oil sap throughout poison oak–stem, leaves, flowers, fruits, berries and roots–and can range from moderate to severe. Poison oak is creating an allergic reaction and is known to affect half to over eighty-five percent of the population.

Basic contamination is the consequence of broken plant parts releasing oily resin toxicondenrol. This is the substance that contains the toxic chemical urushiol previously discussed. As the resin does not get dissolved in water, it can get difficult to wash it off.

How Does Poison Oak Rash Spread?

In case the blisters break, the fluid will not result in contamination and spread of poison oak. But scratching the rash with your fingernails may cause a problem. The urushiol can remain in the nails until it is cleaned. Those who have washed and cleaned themselves extensively will not be able to spread the rash. Direct contact with the toxic resin is the only way to get and spread this rash.

Another means of contagion is secondary exposure. If hunting, gardening, camping or sports equipment is containing the toxic resin, it can lead to a rash. A possible source of infection is pets who have a thick coat of hair protecting them from the resin. Though they do not develop the symptoms, they can transfer the resin onto humans and cause the rash.

How severe the poison oak rash is, depends on the extent to which the patient is sensitive, the type of exposure, and the kind of body parts that are exposed. Sensitive body parts such as genitals, eyes, and lips if exposed to the resin, will develop a considerably severe rash. Skin irritation is caused by redness, blistering, severe itching and swelling and it develops within a day or two of the exposure. Symptoms can be experienced anywhere from thirty minutes to two weeks following the exposure. A mild case generally lasts for a duration of 7-10 days. Severe cases may last 3 weeks or longer. Those with fair skin are more susceptible than dark people. Younger people are more likely to develop symptoms than the elderly.

If you burn poison oak, it will cause a dangerous smoke that leads to severe symptoms in the throat, nose, eyes, and lungs. Remember that the resin found on leaves, stems, roots and flowers of this plant can remain active, even if the plant has withered. Exposure to small amounts of the resin can lead to the development of the poison oak rash in close to eighty to ninety percent of the people.

This is an allergic form of dermatitis which is the result of urushiol in the plant contaminating and infecting people. Airborne contact or inhalation of the resin into the lungs can cause serious problems. The first time urushiol comes into contact with the skin, there may not be a reaction. But with repeated exposure, a majority will develop a sensitivity to the urushiol and consequently develop a rash.

People will develop the rash following contact with the urushiol from plants within twelve hours to three days after contact. Here are the signs and symptoms of poison oak rash:

The rash will only impact areas that have been exposed to the resin, and appear as a streak, patch, bump, or linear pattern. Areas exposed to large amounts of the resin may develop the poison oak rash more quickly and the rash may appear severe. Fresh lesions may also develop. An anaphylactic reaction can also follow.

If one is allergic to the resin, there can also be other signs and symptoms such as:

An individual who is exposed to these plants is at risk for development of the rash. Those who spend more time outdoors or are avid gardeners and explorers are more likely to be prone to this rash. This also includes forest officers,farmers, construction workers and ground seekers. Those fond of hiking and trekking may also be at a high risk.

How is poison oak diagnosed? Well, the rash needs to appear within a day or two and should cover more than 1/3rd of your body. Swelling of the throat and face are common in such an allergic reaction. There are also signs of bacterial infections such as pus, increased redness or pain. Diagnosing poison ivy, oak or sumac is on the basis of the appearance of this rash.

Protection of damaged skin, prevention of infection and relief from the itching form the cornerstones of successful poison oak treatment. OTC medications can be used such as poison ivy remedies and poison oak cures. Generic versions of the medication are also available. Poison oak rash can be also treated under medical care with stronger steroid medications.

The best treatment for poison oak is to use hot water on the effective area. The use of hot water will cause the itching to become intense and stop for several hours. Once the itching commences, the hot water should be reapplied. Using this method ensures the skin returns to normal faster than anticipated.

Calamine lotion can also be used as a topical method for treating the rash. Another good option is aloe vera gel. Don’t opt for oral prednisone for poison oak or ivy till the cause is so severe one becomes ill. Topical steroids should only be used if the doctor has instructed it.

Change clothing and wash the infected clothes several times to be safe from the rash and protect others.

One of the best ways to prevent this rash is to avoid the plant and follow the general rule: leaves of three need to be avoided. Poison oak can be prevented from protective clothing when outdoors. Pets should also be prevented from running around in areas where poison oak is growing. Don’t burn poison oak either, as this can cause a problem.

Poison oak rash is worse in areas with direct contact to the plant. So the aim should be to avoid prolonged contact with the resin releasing plant. Furry pets can bring allergens to your home as well, so make sure to clean their coat and bathe them. OTC remedies can take care of the itch while hot or cold compress can be used to cure the rash. Avoid touching and scratching the parts where the rash has developed as well.

Poison oak rash can have a lot of serious complications, if not treated quickly. Home remedies are generally beneficial, but treatment may be required if the rash is severe. Prevention of contact with the poison oak is the best way out to avoid this rash.