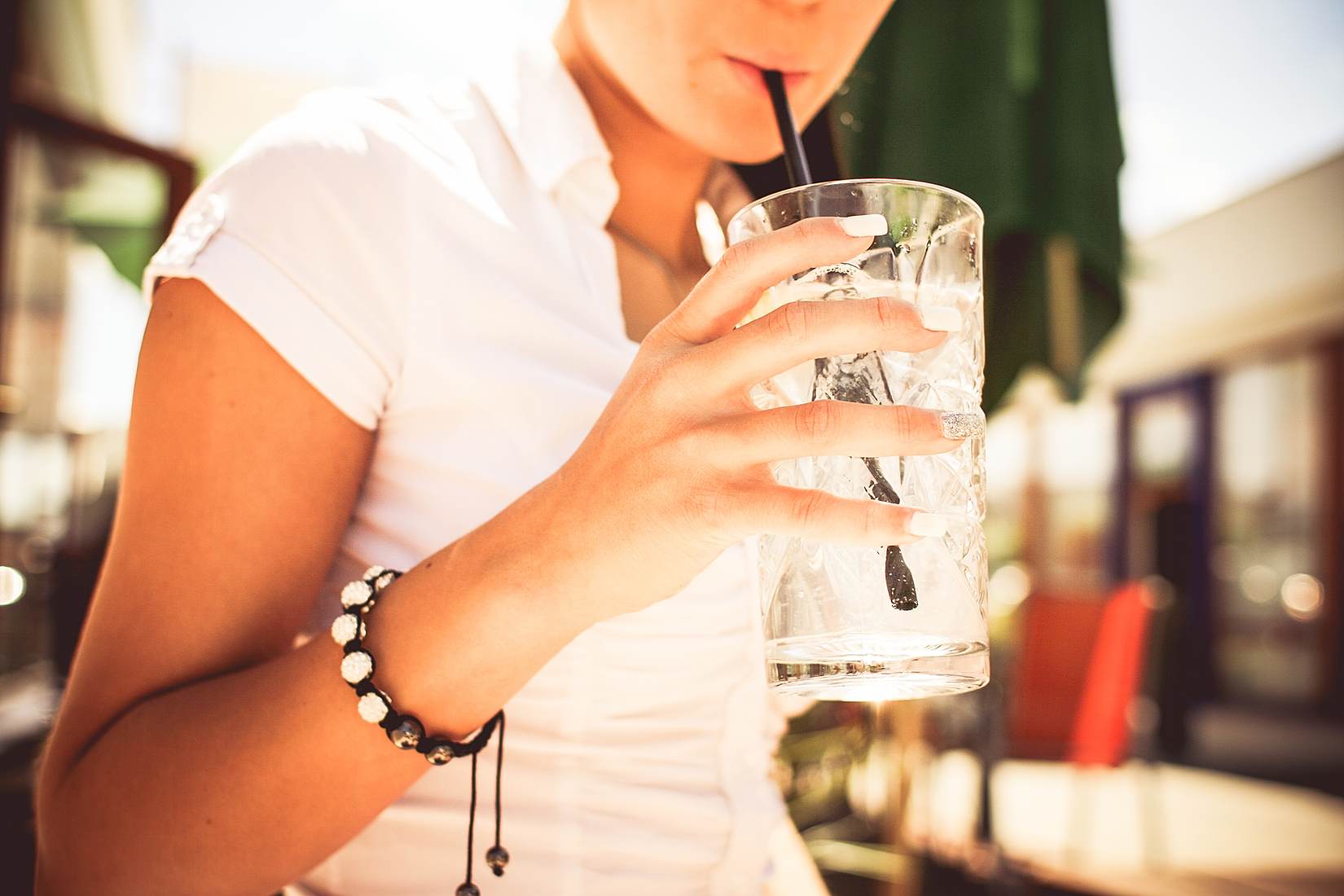 How do you know if you’re dehydrated and need to drink some water? When you start to feel thirsty? When your mouth or throat is dry? While thirst may be a clue you’re falling short on meeting your water needs, there are some other unexpected signs and symptoms of dehydration, many of which might surprise you.

The effects of dehydration can manifest as some unpleasant physical, emotional and mental symptoms, which may be affecting your work or family life. Once you’re familiar with these lesser known dehydration signs, you can raise a toast to some good news: you may just be a few glasses of water away from feeling and functioning better. Simple!

#1: You feel tired and sluggish

We all know that getting enough quality sleep has a major impact on whether you’re full of energy or nodding off at your desk. However, many people don’t realize that water intake also plays a part in how tired you feel and that fatigue can be a sign of dehydration.

In a study published in the British Journal of Nutrition by Ganio et al, researchers found that men felt more fatigued when mildly dehydrated. Other recent research by Armstrong et al studied the effects of similar levels of dehydration in healthy young women. In this case, women who were mildly dehydrated reported feeling more fatigued and less vigor then when they were properly hydrated.

Next time you feel confused about why you’re yawning after a great night of sleep, ask yourself if it’s time to get a drink of water.

Distraction is a common problem in today’s world of constant stimulation, but don’t resign yourself to feeling perpetually unfocused. Some studies have linked mild dehydration to decreased alertness and ability to concentrate. In a study conducted by Armstrong et al, women who were mildly dehydrated found it harder to concentrate when performing a series of cognitive tests compared to when they were well-hydrated.

Another study conducted by Shirreffs et al examined how people feel with varying degrees of fluid restriction. People reported decreased alertness and ability to concentrate after ten hours of abstaining from both drinking water and other fluids and avoiding eating foods with considerable water content.

So when you need to buckle down and concentrate on a task at hand, drink a bottle of water before you get started. You may just find yourself able to stay more focused on your work.

Do you ever feel a bit down, even when things are going well? Believe it or not, worsening mood can be among the signs of dehydration and may explain why you’re feeling low for no obvious reason.

One recent research study conducted by Pross et al looked at what happens to mood when significant changes are made to usual water intake. In this study, healthy people who were usually drinking enough water for proper hydration (at least 2L/day) decreased how much they were drinking to 1L/day for several days. The results were fascinating: people reported feeling less content, less calm and generally experienced fewer positive emotions on the days they drank less water.

Since our mood is affected by so many factors beyond our control, consider this discovery a potential way to give yourself a boost: hydrate frequently with water.

Most people may not link feeling tense to failing to drink water and being dehydrated, but science shows there may be a connection. Another study by Pross looked at the effects of dehydration on healthy women. After depriving the women of fluids for 24 hours, the researchers measured several mood parameters and compared them to a control period when the women drank about 2L of water per day. There was a trend towards an increase in self-reported tension/anxiety among the women while dehydrated compared with when they consumed water according to the control procedures.

Given that drinking water may help prevent unnecessary anxiety from creeping in, always keep a bottle of water at the ready so you can hydrate throughout your day.

#5: Your head is pounding

We all know that headaches can have many causes. And while it often makes sense to seek relief from over-the-counter medication, you may also want to consider whether you’ve had enough water.

The study conducted by Armstrong et al also found that young women who were mildly dehydrated reported more headache symptoms compared to when they were adequately hydrated. These results suggest that falling even just a little behind on water intake could trigger an adverse, acute effect on your health, so consider it another reason to make drinking water a priority.

Have you ever gone out for your usual run to find it feels more like a marathon? You may be feeling this way because you’re insufficiently hydrated. Drinking water before your next workout could significantly improve how you feel while exercising. The research performed by Armstrong et al also measured the impact of dehydration on mood and physiological outcomes of people during exercise. Women reported that moderate exercise felt more difficult while mildly dehydrated compared with when they were adequately hydrated.

Make sure you’re drinking plenty of water before you set out to exercise to keep your motivation up and to improve how you feel during your workout.

How do you know if you’re dehydrated?

Now that you’re familiar with some of the subtler signs and symptoms of dehydration, you might be wondering how you can best assess whether or not you might be dehydrated. Studies have found that the color of urine is a good reflection of an individual’s hydration status (Armstrong et al 1994, Armstrong et al 1998).

If you focus on making drinking water a priority and use the Urine Color Chart as an easy means of assessing your hydration status, you should be well on your way toward avoiding the detrimental effects of dehydration and enjoying all the benefits of remaining well-hydrated.