Tourette Syndrome (TS) is something of an enigma. Even the best doctors are left scratching their heads, as very little is known about its causes, and there isn’t much that can be done as far as treatment is concerned. TS ranges in severity, and its symptoms are wide-ranging.

Can people with Tourette Syndrome be successful?

There have been some extremely successful people in the public spotlight who suffer from this disease. For example, American born soccer player Tim Howard who plays goalkeeper for Everton has Tourette Syndrome. Howard was able to keep his tics under control, even when blocking balls speeding at him from the striking powers of some of the greatest players in the world.

Former MLB player Jim Eisenreich has TS, and reports that in the time it took for a pitcher to throw a ball, he could control his ticks to hit a pitch. He could also focus enough while playing defense to field hit balls at an impressive skill level.

In 1992 the British Medical Journal published an article by endocrinologist BenjaminSimkin, M.D. in which he argued that Mozart had Tourette Syndrome. His research was based from some letters Mozart wrote to his cousin Maria containing several obscene words, as well as descriptions of bodily functions. Furthermore, we know that Mozart was hyper active, had tics and loved to use made-up words.

What is clear from these three examples is that some people with TS can go on to be very successful, and not let their illness impede their ability to follow their dreams.

What is Tourette Syndrome?

Tourette Syndrome is a neurological disorder defined by repetitive involuntary movements and vocalizations called tics. Almost all of these tics are disruptive and cause great awkwardness in public settings. 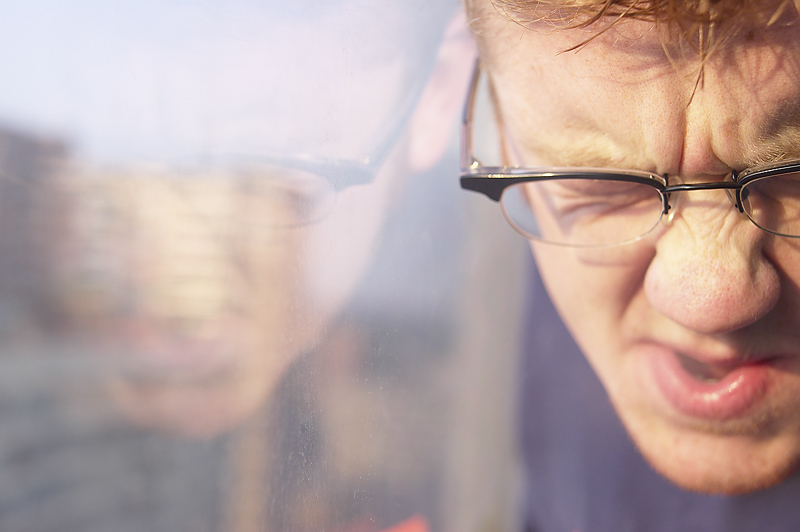 Based on what little research is out there, medical professionals all agree that TS is caused by two main things: genetics and brain abnormalities.

In looking at TS from a genetic standpoint, researchers believe it may be an inherited condition. The specific genes in question are still being studied with the goal to simply define them. However, one genetic mutation has been discovered and labeled an extremely rare cause of TS.

Neurologic abnormalities believed to be responsible for TS center around certain chemicals in the brain that transmit nerve impulses in regards to dopamine and serotonin levels. However, this area of research rests on frontiers that are, for the most part, unknown. But what is universally agreed upon is that the chemical activity impacts the areas of the brain known as the cortex, frontal lobes and the basel ganglia. The circuits that interconnect these parts of the brain and their neurotransmitters (the dopamine and serotonin) are responsible for how these regions interplay with nerve cells.

The first symptoms of Tourette Syndrome are typically spotted in children. Symptoms include tics that cause involuntary vocalizations and movements. Some of the more common ones include rapid eye blinking, grinding of the teeth, nose twitching, coughing, throat clearing, facial grimaces, shrugging, head jerking, screams, growling, barking, squeaking and repetitive swearing with use of vulgar language.

Some who suffer from this affliction display neurobehavioral complications such as hyperactivity, inattention, impulsivity, and obsessive-compulsive symptoms that hone in on repetitive behaviors and constant worries.

The majority of people who suffer from Tourette Syndrome don’t require medication, as tics don’t typically prevent one from their daily activities. However, there are medications that have proven to be effective for those whose symptoms cause impairment. Patients should make sure that their primary care offers medications for TS at affordable prices—as they can sometimes be deemed unnecessary and therefore cost substantially more than other medications.

Finding the right medication for the individual can take a doctor a great deal of time, as for the most part it is a trial and error effort. Neuroleptics are most commonly used for suppressing tics, but depending on the patient, some work better than others. To make matters even more complex, people can have side effects from taking these medications.

A patient can expect to schedule several appointments with their doctor until the right medication and dose is determined. Some patients who face multiple doctor visits will often get concierge health care as a supplemented service in addition to their health insurance. This is an advantageous health care option to take advantage of, as you have direct access to your doctor 24/7, you benefit from house calls, and you don’t have to wait days to make appointments. It is inexpensive, and typically costs around $1500 a year.

No medicine completely kills tics, but with a good doctor and some patience, a drug can be used to help suppress them.

Even though psychological issues don’t cause TS, psychotherapy can help sufferers to better cope with their disorder and deal with the emotional problems that occur. As the disorder is typically revealed in childhood, parents should be on the lookout for signs that things aren’t going well for their child at school. Bullying is already a nationwide epidemic that has driven children to take the lives of others, and their own. Kids with TS are prime targets for ignorant bullies who don’t understand the disorder. One thing a parent might want to do is have a meeting with their child’s teacher and principal, and arrange to have an expert come talk to the class about Tourette Syndrome while your child stays home for the day. If possible, try to get the other parents to attend the meeting. If people understood this disorder, they are likely to be more forgiving.

For adults there are new sets of challenges that children have yet to face. Entering the dating world can be very intimidating and cause anxiety. Also, making friends and finding employment can pose challenges.

It would be beneficial for both children and adults to undergo some counseling while taking advantage of behavioral treatments like awareness training and response training. Patients can be taught to make voluntary responses to their involuntary tics, thus smoothing out some of the wrinkles that make them feel awkward in public places.

This is a very complex condition, and not much is known about it. Be sure to examine your current health care plan and ask yourself if it offers you the very best care for your affliction.