In a human body, the appendix is situated in the lower right portion of the abdomen. The appendix is quite narrow and usually its length is about 5-10 cm. It is a small tube-like structure that comes out of the caecum. The caecum is a part of the large intestine which comes before the colon. The food a human being intake is digested and absorbed by the small intestine and the remaining part of that food started forming as stools in the caecum before going through the large intestine.

If the ruptured or inflamed appendix doesn’t get treated immediately, it continues to release bacteria causing more pain in the abdomen. And the infection that is caused due to this is known as peritonitis; this situation needs immediate treatment. The appendix gets ruptured within 24 hours after getting the symptoms, but the risk rises suddenly after a time span of 48 hours along with severe appendix pain.

Appendix pain happens due to the ruptured or blocked appendix because of germs, bacteria, viruses, cancer, air pollution and sometimes even because of feces get stuck resulting into appendix swelling.

Doctors say there are numerous reasons that cause appendix pain or appendicitis, some of them are:

Appendix pain comes along with various signs and symptoms. But fortunately not all at a time, if someone is experiencing these symptoms they should immediately consult a doctor within 2 to 3 days before it turns into severe pain.

Appendix pain usually happens in the abdominal area as the appendix gets inflamed; it irritates the peritoneum which is the lining of the abdominal wall. This results in severe pain in the lower right portion of the abdomen. And those who have their appendix behind the colon they experience pain in their lower back portion.

Appendix pain sometimes causes a mild fever of 37.2˚C to 38˚C or just coughs and sneezes. But if the infection spreads into the organ because of the appendix burst then it might increase the fever.

Puking and nausea are the other symptoms of appendix pain. Due to appendix pain, you might lose your appetite and the urge for eating gets decreased.

While suffering from appendix pain having diarrhea is quite common because of the presence of mucus in the abdomen along with abdominal pain in the lower-right portion of the abdomen.

If you are having stomach upset for some days and continuously the abdominal pain is increasing then it might be because of appendix pain. Beware of it if you are bloating for some days or having bowel pain. Immediately consult an expert for proper treatment before it’s too late. 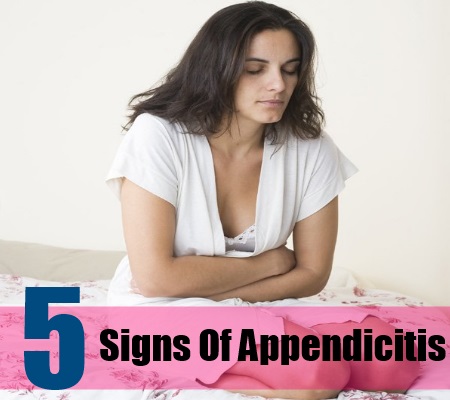 Diagnosis of appendix pain is quite tricky and challenging as well because the symptoms of appendicitis or appendix pain are almost similar to the diseases like urinary infection, gastritis, gallbladder issues, ovary issues and Crohn’s disease. And another reason for this problem is some people do not get the typical symptoms for appendix pain and some have their appendix located behind their colon, liver or pelvis so they don’t get pain in the lower right portion of their abdomen so it’s being bit tricky to diagnose.

First the doctor will ask about the symptoms related to the appendix pain and some required medical history and then perform some primary diagnose to examine some physical symptoms like:

After that if appendix pain or appendicitis is detected, the doctor will suggest doing these further tests like:

The blood tests are done when the patient gets admitted to the hospital to find the signs of infection and the urine tests are done to diagnose urine infection. The imaging tests are done in order to diagnose properly if it’s not clear, as the ultrasound scan or a CT scan helps to clarify the hidden symptoms of appendix pain. If the diagnosis seems to be correct then for such cases, the doctors suggest removing the appendix through surgery because it becomes ruptured and quite risky for diagnosis.

If the case doesn’t seem to be that much critical, then the doctor suggests waiting under observation and then antibiotic medicines are being prescribed by the doctor.

The primary stage of treatment for Appendix pain includes a physical exam, questions related to the case history and some tests like:

If appendicitis is being diagnosed from appendix pain, then an immediate surgery is required or not will be decided by the surgeon after that. And the patient will be treated with antibiotics before the surgery; these medicines prevent infection to grow after the surgery. The appendix is being removed during surgery, and it is known as the appendectomy.

In open appendectomy, an incision is made in the lower right portion of the abdomen. The appendix is being removed, and the incision is closed with stitches. In this process, if required then the abdominal area can be cleared if the appendix burst and the infection spreads.

In laparoscopic appendectomy, the surgeon makes few small incisions in the abdominal area. Then the laparoscope is being inserted through the incisions. The laparoscope is a thin long tube-like structure along with a light and camera, the camera displays the images on a screen and guides the instrument. After finding the appendix, they remove it and close the small incisions after cleaning.

Whether it's laparoscopic or open appendectomy, the doctor will suggest staying back at the hospital under observation until and unless the pain gets under control.

When the patient gets the symptoms for less than four days, then the doctor prescribes an antibiotic course to make the appendix shrink and prevent the infection from growing and spreading into the organ and perform the surgery later.

When the appendix pain takes a crucial turn, then an immediate appendix surgery is usually required, antibiotics are prescribed by the surgeon before an appendectomy to prevent from peritonitis. If the patient starts having peritonitis in the appendix, the abdomen gets filled with pus.

If you are experiencing these problems after surgery immediately consult with your surgeon: 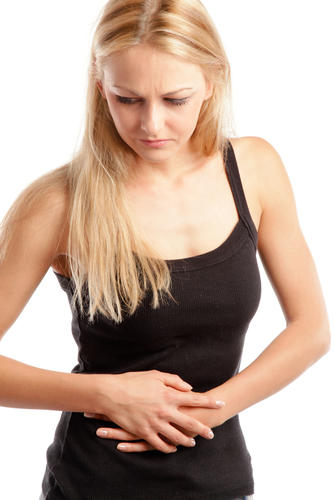 So the appendix pain is a result of the ruptured or inflamed appendix which leads towards appendicitis. But taking treatment at an early stage immediately after getting the usual symptoms like nausea, abdominal pain, and mild fever could help to prevent the appendix pain from spreading and being a life risk. The only treatment for a ruptured or inflamed appendix is removing the organ through a surgery known as the appendectomy. There are no such preventive methods or home remedies that can prevent appendix pain. The only thing one can do is eat a lot of fibrous foods and avoid pollution to get rid of appendix pain. For more health tips like this stay connected and stay well !!!