First, ask yourself, why do you eat eggs? Do you only eat eggs for the protein? Is it because of  all the the nutrient essential minerals and vitamins? Do you have an issue with the cholesterol associated with eggs? These are all valid questions that one should consider when choosing between whole eggs and egg whites. Lets have a deeper looks in Battle Of The Eggs and find out which is best for you.

Let’s go back to biology class for a second. Your body, mostly the liver, produces on average 1,400 mg of cholesterol a day. Animal and dairy products make up most of the external cholesterol intake. However, even cholesterol free foods are broken down and release carbon, which liver turns into cholesterol. Now here comes the interesting part; depending on genetics and health, the body can self-regulate cholesterol levels. If you consume too much dietary cholesterol (maybe one too many eggs), your body will slow down its natural cholesterol producing process. Keep in mind that genetics play a huge role in self-regulation. Some people’s self-regulation does not work as well as others, and those people need to be careful when consuming cholesterol.

Most of the nutrients in an egg are held in the yolk. So, whole eggs provide a better source of vitamins and minerals than egg whites by itself. While egg whites only contain small amounts of vitamins and minerals, whole eggs hold a good source of iron, phosphorus, folate and vitamins A, B-12, and D. Additionally, the yolk is a sole source of minerals such as calcium, phosphorus, iron, zinc, and selenium. The yolk doesn’t only boost metabolism, but also improves red blood cell production and oxygen passage.

Although there is no recommended daily value for lutein and zeaxanthin, the yolk contains both of these carotenoids that have been proven to improve vision and skin repair.

Lastly, there’s the choline. This mineral is known to stimulate memory and cognitive response. The recommended daily value (RDV) of choline is 425 mg, and a single egg contains about 110 mg, roughly 26% of the RDV. Thus, making the whole egg great brain food. 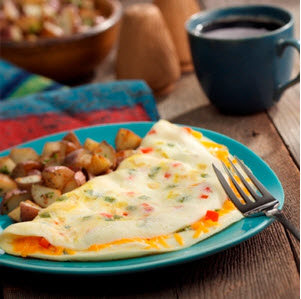 Now let’s not rule out the contender in the other corner, egg whites. Egg whites are the optimal cholesterol free option for losing weight, yet still receiving a great source of protein. Egg whites have significantly fewer calories, no fat, and no cholesterol.

For a diabetic, a nutrition plan that properly regulates blood sugar levels can be the most effective tool to controlling diabetes. Saturated fat directly influences high blood cholesterol, and high blood cholesterol is a major risk for both heart and blood vessel disease. As stated previously, the yolk contains both cholesterol and saturated fat, which might turn some diabetics away from eating eggs. Although dietary cholesterol has little effect on blood cholesterol levels, the saturated fat held in the yolk might pose as a threat. The American Diabetic Association recommends eating no more than 3 eggs a week, but that recommendation has more to do with saturated fat content than cholesterol. Because eggs whites have no saturated fat, this might be a better option for diabetics. While egg whites lack most of the essential vitamins and minerals in an egg, they still provide a great source of great quality protein.

Since saturated fat intake proves to increase overall blood cholesterol, diabetics (or anyone in that case) should refrain from cooking eggs in butter, with beacon, or with sausage. Many study results may be skewed linking egg intake with diabetes due to consuming other high saturated fat food with eggs.

Egg substitutes are made from the egg whites of an egg, and vitamins and other nutrients are added that would otherwise be lost when the yolk is removed. Many believe that egg substitutes, such as Egg Beaters, actually more nutritious than traditional whole eggs. By eliminating the yolk, all of the fat and cholesterol and more than half of the calories removed. In addition, Egg Beaters contain greater amounts of important vitamins such as A, B-12, D, and E, as well as other essential nutrients such as folic acid and riboflavin. Each serving of Egg Beaters also has 5 g of protein. Also, since egg substitutes lack fat and cholesterol, they are a great option for diabetics who need to regulate their blood levels carefully.

Unless you’re looking to cut back on calories, fat, and dietary cholesterol, you might want to consider the whole egg over just the egg whites. By choosing the egg white alternative, you are sacrificing all of the nutritional benefits that the yolk offers. Personally, I like to settle the disagreement through compromise, and create a lean, high protein breakfast using one whole egg and two egg whites.

Justin writes about food and healthy living on behalf of Egg Beaters, a nutritious alternative made of real, all natural egg whites. If you would like to write for HealthResource4u, check our guest submission guidelines.