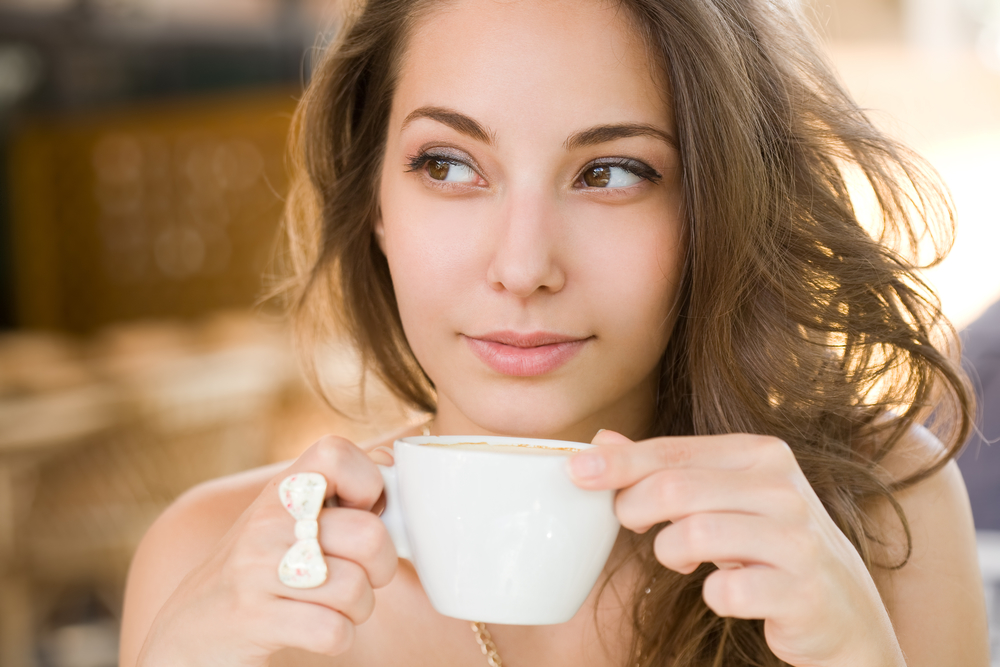 As with most things, there are both good reasons to drink coffee as well as a few reasons that might deter you from drinking it—but we are not here for the latter. This is for those who are looking for the positive effect that their daily cup of java is having on them. 54% of Americans over the age of 18 drink coffee every day, and really that is no surprise considering the benefits it provides—coffee is more than just a hot drink to help you jumpstart your day.

Coffee provides antioxidants to Americans more than any other food or beverage. Fruits and vegetables are responsible for providing a good bit of antioxidants, but those from coffee seem to be absorbed better by the human body. The antioxidants curb inflammation, thus reducing the risk of disorders caused by inflammation like cardiovascular disease. A single serving of coffee has more antioxidants than a normal serving of oranges, raspberries, grape juice, and blueberries.

Researchers have examined the brains of rats that were suffering from sleep deprivation, and discovered that those that were exposed to the aroma of coffee had a change in the brain proteins linked to that stress. Meaning, simply just smelling coffee could make you feel less stressed. The study with rats only determined that it was stress related to sleep deprivation, not stress as a whole.

Coffee is Good for your Liver

In 2006, one study concluded that individuals over 22 years old that drank one or more cups of coffee per day were about 20% less likely to develop cirrhosis of the liver—a disease caused by excessive consumption of alcohol that has the potential to lead to liver failure and cancer. Coffee also has the possibility to protect against non-alcoholic fatty liver disease (NAFLD). Interestingly enough, both caffeinated and decaffeinated coffee lower the levels of enzymes in the liver.

One study performed by the NIH (National Institute of Health) discovered that those individuals that are consuming 4 or more cups of coffee per day are about 10% less likely to feel depressed than those who do not indulge in the java. Surprising to some, it is not because of the supposed caffeine high—it is all thanks to the plethora of antioxidants. A 10-year study of 86,000 nurses found that there was a reduced risk of suicide in those who regularly consume coffee.

More specifically, Harvard’s School of Public Health found that those who drink 2 to 4 cups of coffee may reduce their risk of suicide in both men and women by about 50%. The thinking behind this is that coffee acts like a mild antidepressant, as it helps in the production of neurotransmitters such as dopamine, serotonin, and noradrenaline.

A single cup of coffee before working out will provide a spike in athletic performance, namely in endurance sports like cycling and distance running—athletes and scientists have apparently known this for a while now. Caffeine is known to increase the occurrence of fatty acids within the bloodstream, allowing the muscles to absorb and then burn these fats for fuel, saving the body’s reserves of carbs to be used later in the exercise. In addition to this, 2 cups of coffee after a workout can help to reduce post-workout pain by almost half.

Two universities in Florida found that individuals older than 65 that have higher levels of caffeine in their bloodstream would develop Alzheimer’s disease up to 4 years later than those with lower caffeine levels. This does not mean that moderate consumption of caffeine will protect everyone from Alzheimer’s, but that it may reduce the risk and even delay the onset.

Individuals that consume 6 or more cups of coffee per day have about a 22% lowered risk of diabetes. More specifically, the risk of type 2 diabetes is reduced by 9% for each cup of coffee that is consumed daily, and 6% if the coffee is decaffeinated.

Symptoms of Parkinson’s include uncontrollable movements, many times in the hands. Those individuals with Parkinson’s Disease that are coffee drinkers may experience more control over their movements, and those who consume caffeine daily are less likely to develop Parkinson’s in the first place.

One Korean study discovered that individuals that consumed 3 to 5 cups of coffee per day were less likely to experience the beginning signs of heart disease. While this is outstanding, it should be noted that there are significantly different diets of Koreans and Westerners.

Colorectal cancer risk can be reduced by about 26% through moderate consumption of coffee, and the benefit increases as consumption does. Individuals that consume between 1 and 3 cups of coffee per day have about a 29% less risk of developing liver cancer, the most common kind.

Over the course of 20 years and 112,897 women, those who consume 3 or more cups of coffee per day are less likely to develop skin cancer than those who do not, according to Harvard Medical School and Brigham and Women’s Hospital.

Dietary Guidelines from the USDA

It is advised by the USDA that having 3 to 5 cups of coffee per day is positive for overall health, and reduces the risk of many diseases. These benefits are significantly reduced as sugars, cream, and flavored additives are stirred in. one cup of coffee can provide up to 1.8 grams of fiber, a portion of the recommended 20 to 38 grams.

Coffee can be a healthy part of a normal diet for most people, and it is safe to consume a few cups per day. For some people, coffee shouldn’t be consumed in such quantities. It may have negative effects on those who have caffeine sensitivity, heart conditions, and are women who are pregnant—these groups can safely consume decaffeinated coffee. As always, consult with your doctor before making any major changes to your normal diet, and make regular visits for checkups.