Caralluma fimbriata is the scientific name for the Caralluma plant that grows abundantly in and around India. The plant’s name is derived from an Arabic phrase meaning “wound in the flesh,” and it also grows in parts of Africa. Specifically, Caralluma grows in the state of Andhra Pradesh in the city of Warangal. The cactus-like plant is so widely available that it reportedly grows on the Indian roadsides in the country’s urban centers. Besides being able to grow well along city streets, Caralluma is found growing in areas with altitudes up to 1,968 feet (reference: Botanical Description from Digvijay Pharmaceuticals Pvt. Ltd.). Reportedly, the edible parts of the plant are the stems, flowers, fruit, and seeds seen above ground. The hearty plant is described as a shrub from the family of Apocynaceae, and it has been eaten in India for hundreds of years for a variety reasons.

Ancient and Modern Uses of the Caralluma Plant

Historically, Indian people of all social classes consumed Caralluma. India’s poorer tribes used the plant to stave off hunger during times of famine. Hunter gatherer tribesmen used Caralluma to increase stamina on long hunting trips and to combat thirst when hunting in areas lacking adequate potable water supplies. Other Indians enjoyed the plant as a regular part of a healthy diet. The cooked vegetable was prepared with spices and used as a favorite ingredient in chutneys. Whether eaten raw or processed in a spicy vegetable dish, the Caralluma plant was and continues as a mainstay of the Indian diet.

Today, Caralluma has become a part of the modern obsession for a trim, slim body. The plant is still widely used by doctors practicing traditional Indian medicine to promote holistic treatment of diabetes. It is only recently that diet pill makers have stated that extracts of the plant reportedly aid weightloss, reduce body fat, enhance athletic performance, clear arteries, and improve blood sugar levels. Research continues to try an prove whether diet and health claims surrounding the plant are correct.

In addition to any biased investigations by diet companies, independent scientists who came across India’s natural appetite suppressing plant decided that the dietary benefits of the plant were worth researching. They took two groups of people and gave one group an extract of Caralluma while the other received a placebo for 60 days. Sadly, the study did not result in significant weightloss or body fat reduction in the tested subjects who received the extract. The positive test group did, however, experience suppressed appetite and reduction of waist size. Some physicians and dieticians still use waist size reduction as an indicator of overall health as well as body fat.

Although diet companies consider Caralluma’s weightloss potential as an exciting breakthrough, it’s the plant’s heart health benefits that get the independent scientists aflutter. According to solid research, the plant clears arteries of atheroma plaque. This plaque consists of lipids, calcium, cells, and other debris. It is the main cause of atherosclerosis. Most people even children are susceptible to this kind of arterial plaque accumulation mainly because of unsatisfactory dietary lifestyles.

Comparison of Caralluma With Other Weightloss Plants

According to the research sponsored by dietary supplement companies, Caralluma works toward weightloss on two fronts. The plant has a substance called pregnane glycosides that blocks enzymes used for fat metabolism. The brain’s hypothalamus controls the feeling of hunger. Carallum aids in appetite suppression by sending a signal to the brain’s hypothalamus that interferes with the brain’s natural hunger signals. This is the way that ancient Indian tribes pushed aside hunger while chewing on wild, freely growing Caralluma plants.

The Caralluma plant is very similar to another weightloss plant that grows in Africa named Hoodia Gordonii. Hoodia has long been used by the indigenous tribes of Southern Africa to treat infections, indigestion, and as an appetite suppressant. Similar to Caralluma, Hoodia supposedly suppresses appetite by manipulating the hypothalamus. However, independent scientific research does not conclusively confirm the claims of Hoodia proponents. Hoodia Gordonii also is not reported to block fat metabolism at all as does the Caralluma plant. 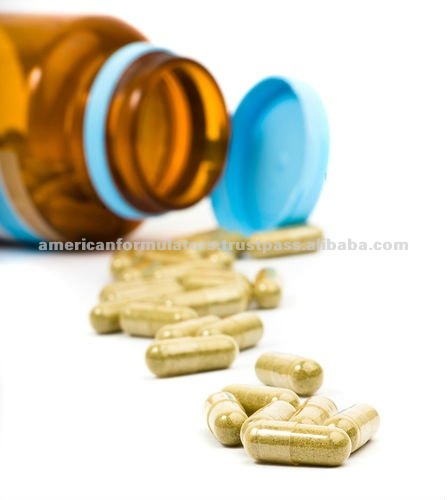 Doctors of traditional Indian medicine have reported some mild side effects associated with using the plant. Those who initially start using the plant experience some gastrointestinal disruptions. This claim seems reasonable since Caralluma is known to block some of the body’s enzymatic functions. The result is flatulence, bloating, and sometimes constipation for about two weeks or until patients’ bodies adjust to taking Caralluma.

Additionally, the plant supposedly smells bad despite rave body and weight loss reviews. The plant’s pungent odor has been known to cause mild nausea. This does not seem a problem for those taking Caralluma in capsule or pill form.

Many countries conduct extensive independent research on plant and herbal supplements before they allow imported products for use by their citizens. The plants and herbal supplements that pass inspection are placed on a “generally accepted as safe” list. Others are labeled with warnings for the public or are banned. According to many countries, adequate research has not been conducted to place the plant on their “generally accepted as safe” lists. Also, consulting a naturopathic doctor or Ayurvedic physician is advised before starting a Caralluma regime. The plant acts powerfully on the digestive system, but most people have no idea how regularly consuming Caralluma in large amounts affect their health when they are taking medications. The lay person also has no idea about the side effects of the interactions between this plant and other herbs. Additionally, scientists must further research Caralluma’s suitability for children and pregnant women consuming large amounts of the plant.

Where To Get Quality Caralluma

Product purity and potency is a concern for those wishing to take the weightloss plunge with Caralluma supplements. People should ensure that they purchase Caralluma extract supplement from a reputable, trusted source. One way to find a quality supplement is to contact a naturopathic physician or an Ayurvedic practitioner. Another way to verify potency and quality is to try and get the actual plant and prepare it the way the ancient Indians did.