Cystic fibrosis is a genetic disorder passed down through families. The disease affects approximately 30,000 adults and children in the United States and more than 70,000 people worldwide. Cystic fibrosis is characterized by a thick, sticky mucus that builds up in the lugs, liver, intestine, digestive tract, pancreas, and other areas of the body. Thick mucus that clogs the lungs may lead to serious or life-threatening infections. Obstructions in the pancreas may prevent natural enzymes that normally break down food from breaking down food to the point where it can be absorbed or even removed by the body.

The history of cystic fibrosis is a long recognized medical condition, which dates back to the 1930s when pathologist Dr. Dorothy Andersen observed the condition at New York Babies Hospital. Historians note early references of what was likely cystic fibrosis dating back to the 17th century when references were made in children's songs and games of the day. The name comes from a scarring (fibrosis) and cyst formation that occurs within the pancreas; although other organs are also affected. In the early days of CF, few children with the condition lived to attend elementary school. Today, most children with CF live into adulthood.

Cause of Cystic Fibrosis

A mutation in a gene responsible for a certain protein that regulates mucus, digestive fluids, and sweat is the cause of CF. Healthy individuals have two copies of this particular gene. Since the genetic irregularity that causes CF is recessive in nature, one normal gene will prevent CF from developing. The condition only emerges when both genes have the same irregularity. Since it is a genetic disorder, this mutation is often passed on to future generations within the same family. According to the World Health Organization, when two carries of the gene that causes CF conceive, there is a 25 percent chance that the condition will be passed on to offspring and a 50 percent chance that the child will be a carrier of the gene. 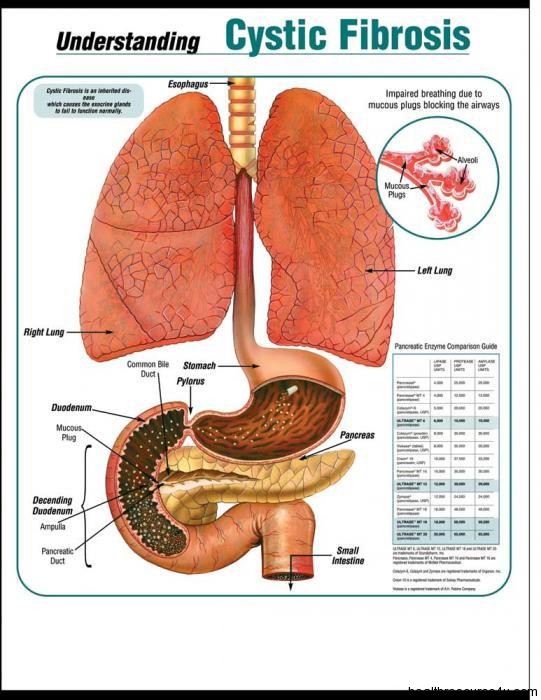 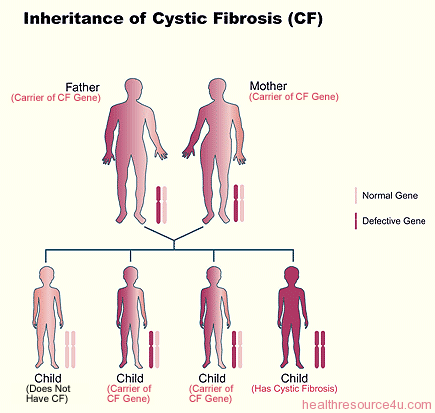 Diagnosing cystic fibrosis can start before birth if it is known that the mother is carrying the gene for CF. Genetic testing done before birth can detect the gene that indicates CF and whether or not both genes are affected. A sweat test can be performed in early childhood to confirm the condition if it wasn't diagnosed before birth. Cystic fibrosis testing includes:

There is no cure for CF, but there are treatments that can reduce the symptoms of the disease. Treatment for CF typically includes proactive treatment of airway infections and a recommended diet consisting of essential nutrients. Treatment is often tailored to the individual since each patient can have different symptoms at different times. Treatments tend to focus on the lungs, gastrointestinal tract, and reproductive system. Additional cystic fibrosis treatments include:

Cystic fibrosis affects roughly a thousand new patients each year. The majority of CF patients are diagnosed by the age of two. Nearly half of the CF population is over the age of eighteen. The average survival rate of an individual with CF is well into the late thirties. However, there are many reported instances of people diagnosed with CF at birth or early in life living well into old age.