Those rampant changes in the hormones in the body that lead to bodily structures and mental level changes bring along a chronic concern in many adolescents that are depression.

If your growing child is suffering from stress and anxiety for more than two weeks then it simply signifies the sign of depression in teen which is not a very uncommon concern nowadays.

The depression of teens and adults is not very much different in the medical terms and treatment but as per the symptoms of the teen, depression is concerned it is far different than an adult person’s depression.

This is because of the changes in circumstances, including social and family environment, peer pressure, academic and sports pressure, hormonal level changes, etc that causes extra stress on the mind of an adolescent.

Depression is a serious mental health disorder and at any circumstances, it must not be taken for granted. This needs medical intervention including medications and counseling with experts who can better understand and start treatment as per the specific case of a particular teen.

As per one study report, every 1 out of 8 teenage child develops the symptoms of depression at some or other point in time of this particular growth stage of their life.

Usually, the symptoms disappear on its own in most cases but if it persists for longer duration then parents must not wait much as in later stages it can even cause serious consequences such as the symptoms of suicidal tendencies.

So before the condition gets out of your control, take an active step. Don’t let your child face the challenges of this growing phase of their life alone. Be their friend and win their trust so that they can share their problems with you without any fear of judgment, guilt or fear. 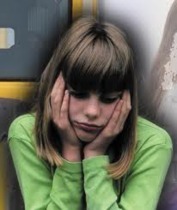 There is a number of factors that affect the thinking pattern of teenagers which in severe cases leads to the growth of depression signs.

In this case, we cannot blame to a single circumstance responsible for depression in all teenagers, it simply varies from one case to another. The primary causes of teenage depression are discussed below.

Feeling of low self-esteem or worthlessness that usually grows due to low grades and academic marks with comparisons to peers, social and economic status differences with the peer groups and poor performance in sports and other extra curriculum activities gradually give birth to lack of confidence and low self-esteem in teens.

This low self-esteem issue develops further the sense of social isolation and persistent sadness problem that doesn’t improve even with the support of friends and family members, considered as teen depression that needs medical intervention.

Hormones play a major role in causing depression problems in teens. The adolescent stage is the peak time when hormones changes or imbalances occur to create changes in the bodily structure of teens. This high level of changes in the body’s hormones affects every area of the body including brain health as well.

So when you see frequent mood swing in your teen child such as the frequent feelings of sadness, anger, happiness, compassion, etc then there is nothing to surprise.

This is absolutely normal and harms nothing bigger until it persists for longer duration leading to the persistent issues of sadness and social withdrawals in a teen which indicates of depression problem that requires medical intervention to get rid of it permanently.

Depression in teens often occurs as a result of differences in neurotransmitters which are the naturally grown brain chemicals that work as message receptors. Just like hormonal misbalancing in teens many times these brain chemicals are found impaired or abnormal.

An early childhood life trauma stays deep down in the subconscious mind of a child which often comes on the surface from time to time along with many symptoms.

Depression and anxiety are often the results of any such early childhood stage traumatic events such as sexual, physical or emotional abuse, uncaring parents, death of parents or any loving person, etc.

Not every child is blessed with a strong coping mechanism in their brain. So, these negative early ages events leave a very bad and long-lasting impression on their mind which develops in the form of depression in their adolescent age.

Develops the Pattern of Negative Thinking

Depression in teens is often the result of their patterns of negative thinking towards life’s hurdles and challenges. This feature they usually grasp from their parents who are their ultimate teacher and guide.

As most of the parents are pessimist which they often transmit their thought process to their children resulting in instead of learning to face and survive different challenges of life they learn to give up or surrender in front of life‘s challenges. The feeling of helplessness becomes their usual pattern of thinking that makes them incapable, leading to depression occur in teens.

Just like many other diseases even depression can also occur as inherited traits from the immediate parents or grandparents. Depression the mental health disorder contains biological components.

So if any child has a parent or any other close relative with this particular mental health issue then they are highly at risk of developing this concern in their adolescence.

The sudden change in the behavior and attitude of teens that persists for longer duration and is negative usually denotes the symptoms of depression.

This affects their all sphere of life leading to an immense amount of distress. The symptoms of teen depression vary by intensity but in basic it contains the below signs.

Your adolescent child will develop following emotional level changes if they got a victim of depression issue.

A teenager will develop following behavioral level signs and symptoms if they are going through teen depression.

As the causes of depression problem in teen is not particular or same for every adolescent so its treatment also varies from one case to another. The treatment procedures that work successfully for certain people may or may not develop the same positive response in other patients.

So basically its treatment measures are initially based on trial and error processes to ultimately determine the accurate treatment process that can work to cure the depression completely.

Antidepressant medications are given to the depression patients to ease their signs or symptoms and to normalize their behavior and life like before.

The Selective Serotonin Reuptake Inhibitors or SSRI’s are the most commonly prescribed antidepressants which work very effectively and don’t develop as many side effects as it happens with the consumption of other types of antidepressant medications. This is the reason it is considered as the best medications for the treatment of depression in teens.

As these medications are prescribed for treating major kinds of depression in adolescents so before prescribing these medications a physician should go thorough examination of the patient to determine whether they actually need such medication or they can be treated with other therapies and alternative treatment measures.

These medications work on the brain neurotransmitter serotonin which is considered responsible for happy and positive feelings in humans. In depression patients, these neurotransmitters get abnormal which affects their mood badly.

However, SSRIs ensures that your body would absorb this neurotransmitter to a very little amount so that your brain can avail it in enough amounts in order to get balanced and healthy.

The common side effects that your child may develop after the intake of SSRIs includes nausea, headache, diarrhea, and sexual problems. If these side effect persists for a longer duration or affects the normal quality of child then it must be discussed with the doctor.

However one must be aware of the fact that the US Food and Drug Administration department has already issued a warning circular in the year 2004 for SSRIs use and other antidepressants for the treatment of major depressive state in children and teenagers; about its associated risk of suicidal thoughts and behaviors in teens or adolescents.

For the treatment of a mild form of depression Talk therapy or Cognitive Behavioral Therapy are best measures as the initial treatment methods. However, it must be done by a qualified and experienced mental health professional.

The psychotherapy can be done before starting the antidepressant medications or even along with these prescribed medications for their faster effect and improvement in the patient’s conditions.

In talk therapy usually, your child has to go for the regular session for the treatment. This is the most common form of psychotherapy. Under the case of Cognitive-behavioral therapy, the mental health professional tries to replace the negative thought patterns of the patient with more positive thoughts and emotions.

Whereas Problem-solving therapy helps the patient to incorporate an optimistic life route out of the different life experiences like the death of a loved one, or any other major trauma.

The Psychodynamic therapy helps a patient to overcome their internal conflicts, stress, and struggles and to get stronger and capable to go through life’s challenges in a much positive way.

In the group therapy treatment method the depression of teens or adolescents treated via the group work. In this particular session, teens get connected with other teens of the same age where they share their personal thoughts and perception about their individual life experiences, struggles, etc.

This creates a support group network between teens and helps in building up more strength and positivity towards life to enable them to survive and overcome their current mental health state to get them normal or back to life.

Apart from these treatment measures some positive changes in life play a vital role in the treatment of depression in teens. Some common acts that help to overcome adolescents’ depression issues include daily exercising, quitting smoking, drugs, and alcohol, having a balanced diet, avoiding the excess intake of caffeine and of course strong support and compassion from the side of friends’ family members.