Eczema is a life-torturing skin disorder. Currently, over 3.5% of the world population are suffering from this abnormal autoimmune disease, in other words over 230 million people.

The term eczema is derived from Greek meaning “to boil over” and it has another name called atopic dermatitis, along with various other subcategories of eczema. Dermatitis means skin in Greek. However, both terms are often interchangeably used.

In the following context, the types, symptoms, causes and treatment for eczema will be described.

There are various types of eczema, here are the common four. 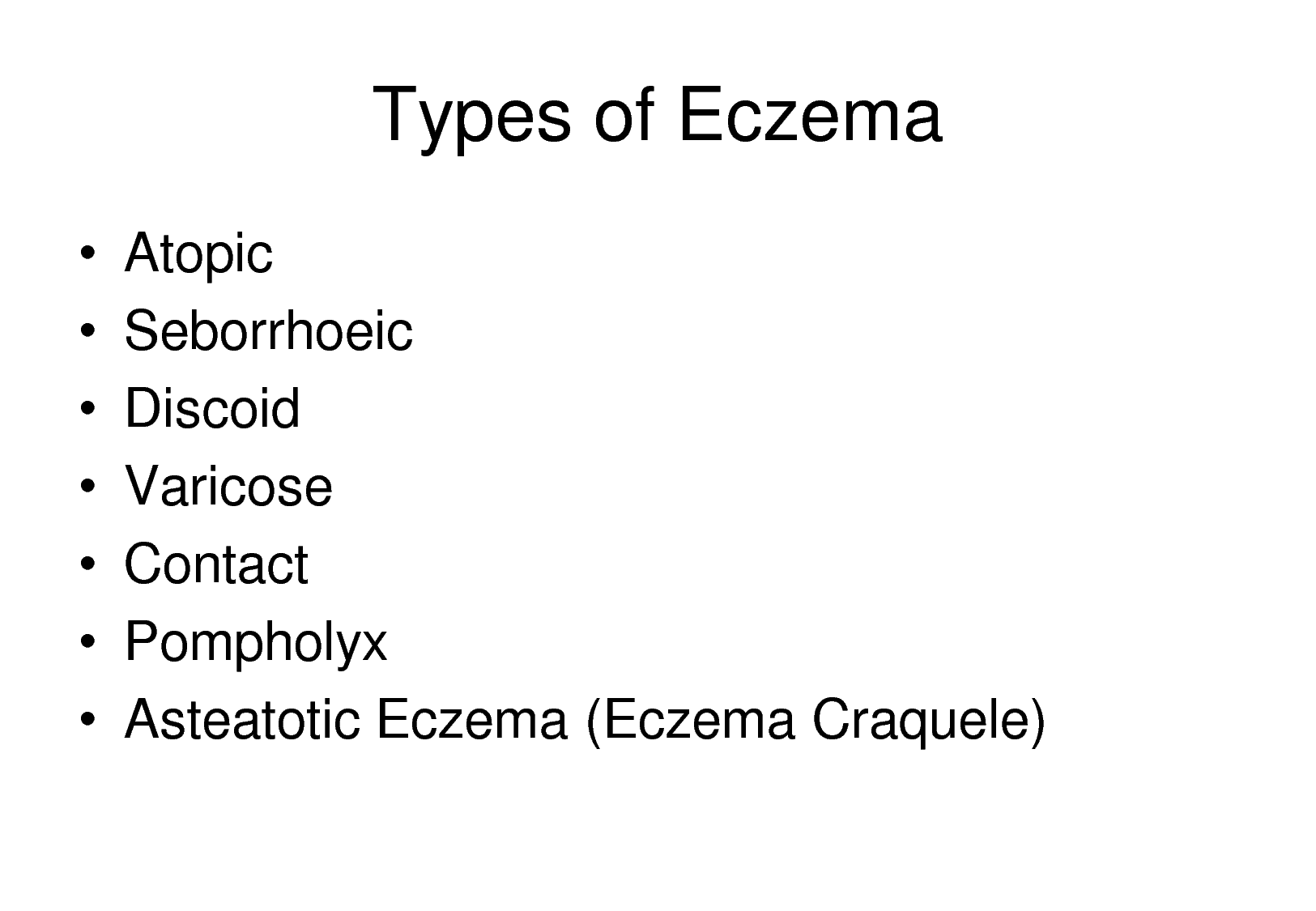 Depending on severity, all of these are possible effects caused by the skin disorder.

These symptoms are recursive, which means the effects show up and can be very unstable; one day you could itch a lot, the next day you don’t. But, eventually you will again, causing a never ending loop of itching cycles.

In Western medicine, scientists have yet to find a 100% solid answer to the reason behind eczema. However, they have summed two main explanations.

Sufferers of eczema are common to have one or more genes defected, the functions of those genes are all directly linked to skin mechanism for example: a weakened skin protective barrier or inability in certain skin-linked essential fatty acids metabolism.

There is an obvious hereditary relation from people with family history who also had eczema, if one parent has it the chances of the child developing gets to around 30% but if both of the parents have it then the chances rise up to more than half.

The environment is highly believed to be a big contributor to the flare-ups of eczema. Here are common triggers caused by the environment:

Another fact is that an autoimmune disorder such as asthma is closely linked to eczema and the causes of them both are along similar lines.

This is what the modern scientific world believes in. So, does that mean there are no better explanations of this skin disease? Fortunately, there are various other reasons, here are three major ones.

The leaky gut syndrome, or medically called increased intestinal permeability, refers to exactly what the name is sought after.

It is believed that people with autoimmune disorders such as eczema happen to have a damaged gut – a gut that has been fed with too much unhealthy foods for so long that the gut walls have decreased in thickness, allowing toxic substances to penetrates the walls and enter the bloodstream, messing up the entire body.

You can think of food sensitivity as allergic responses. Allergies are abnormal responses from the immune system towards contact with a normally safe substance. But the body somehow treats them as an enemy, causing “a war” with itself, leading to symptoms such as rashes and itchy skin.

The body is said to function on a balance of acidifying foods and alkalizing foods.

For a healthy normal person, the balance insists of the individual eating 60% alkalizing foods and 40% acidifying foods. However, the diets in the modern fast-food society rarely fulfil this requirement.

This balance of food items is measured by the final pH effect of the substance at digestion, not when it’s before ingested or while being ingested. Here’s a common example, a lemon will taste acidic at first, but when digested it has a strongly alkalizing effect on the body.

These measures have weird exceptions, here are acid-alkaline food charts for reference. 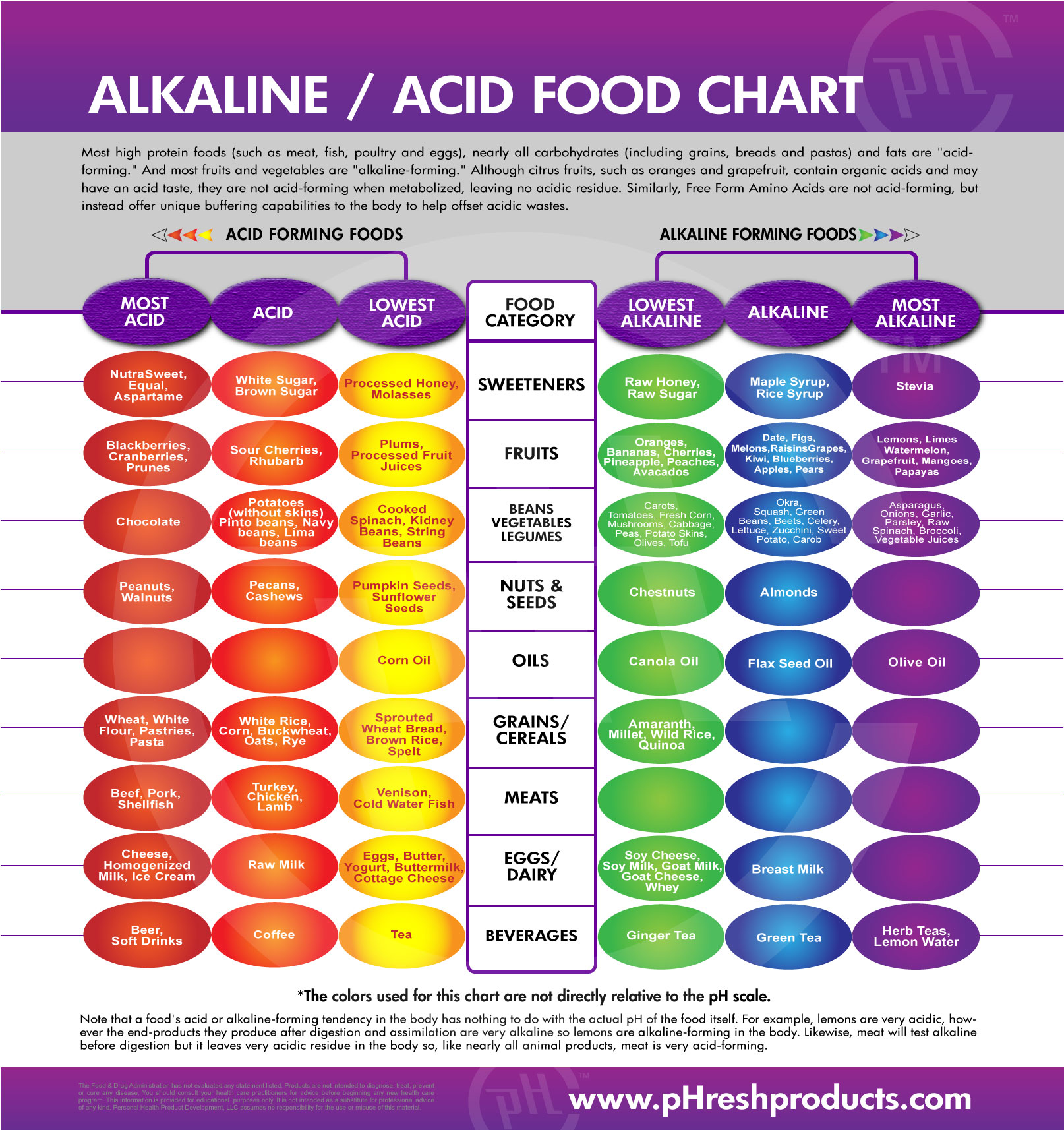 Diseases that are passed on normally have no cure. The only way to modify how bad the gene defect will affect your health is through eating habits. The healthier you eat, the better you’ll get.

While it may not be entirely possible for you to live in a place with natural air, it is possible to reduce and limit the allergens. Install an air cleaner, air purifier, air humidifier, and vacuum your house at least once per week.

Before your leaky gut is fully healed, abnormal food sensitivities will continue to exist. The only method to avoid symptoms caused by this factor is through abstinence.

It is recommended to eat a balance of 80% alkalizing foods and 20% acidifying foods for a person aiming to recover optimal health if he/she is suffering from an underlying illness, including eczema.

Eczema is a life-torturing disease that is often labelled incurable in the Western medical history. However, practitioners of natural medicine strongly believe this condition can be cured.

Modern drugs will work magical but they temporarily mask the symptoms, while natural medicine work slow but they will cure the problem via its root cause permanently.