Gastritis is basically the condition where the mucosa (which is the stomach lining) becomes inflamed.

The lining of your stomach actually contains special cells that produce acid and enzymes… these help to breakdown the food you consume in preparation for the process of digestion. The stomach lining also has a layer of mucus on it which actually protects it from the acid it produces.

If the stomach lining becomes inflamed then it will actually produce far less acid, enzymes and mucus.

There are different forms of Gastritis and they may be acute or chronic in nature. If your stomach lining suddenly becomes inflamed then you will be diagnosed with acute gastritis.

If your stomach lining has been inflamed for quite some time then you will be diagnosed with chronic gastritis. If you don’t treat this form of gastritis quickly then it could stay with you for many, many years… perhaps even for a lifetime.

There is another form of gastritis and it is known as erosive gastritis. This will usually not cause your stomach lining to become inflamed but rather it will cause it to wear away.

This form of gastritis can often result in bleeding, erosions and even ulcers. Again erosive gastritis may either be acute or chronic in nature.

Science has yet to reveal the exact relationship between gastritis and the symptoms that come about because of it. The term itself is actually in reference to the strange inflammation caused in the stomach lining.

Often times people complain that they are suffering from gastritis whenever they experience a little pain in their upper abdomen but this isn’t necessarily true.

There are a ton of different factors that may result in you experiencing pain in the upper abdomens, and most of the time when you have a little pain in your upper abdomen it isn’t because you have gastritis. 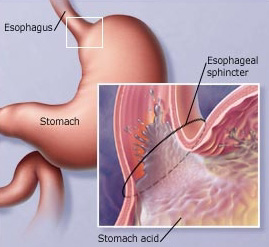 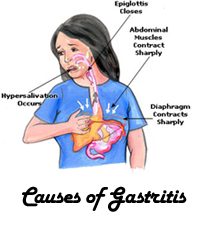 One of the most common reasons for a person getting chronic nonerosive gastritis is because of an infection called Helicobacter pylori (H. pylori). This bacteria directly infects the stomach lining. Unfortunately this bacteria can be spread from one individual to the next.

Often times where there is poor sanitation, H. pylori will be transmitted via water and food that is contaminated.

In western countries such as the United States, up to 50 percent of the population may be infected with H. pylori. The people that are affected the most are those that live in areas of high population density and poor sanitation.

There are some developing countries in this world where the rates of infection may be up to 80%!

The other form of gastritis…. erosive gastritis is usually caused by the prolonged use of non steroidal anti inflammatory drugs… things like aspirin and ibuprofen.

Other things that can actually cause erosive gastritis to come about include alcohol, cocaine, and some forms of radiation.

There are also some less common causes that can result in a person getting gastritis and they include:

What are the symptoms of gastritis? 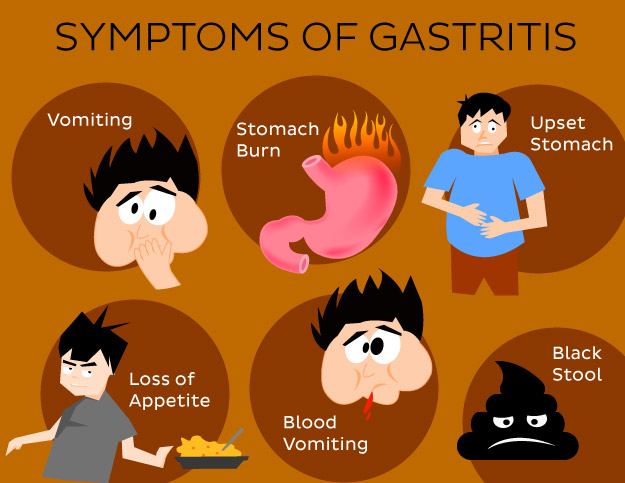 Most people who suffer from gastritis don’t actually suffer from any of the known symptoms, but there are some who will experience the following:

Together all these symptoms are known as dyspepsia.

An individual with erosive gastritis may in fact experience some ulcers which can cause the stomach lining to bleed out. The following are signs which may indicate bleeding in the stomach:

What is the treatment for gastritis?

Your doctor may give you some medication which can help to reduce the amount of acid there is in your stomach which in turn will help you relieve the symptoms that you may be experiencing and ultimately help to heal your stomach lining. The medications include:

The wonderful thing about antacids is that they will relieve any mild heartburn or dyspepsia that you might be experiencing by actually neutralizing the acid in your stomach.

But you need to keep in mind that these drugs may in fact cause you to experience side effects such as diarrhea or constipation.

The good news is that all of these drugs are available either via prescription or over the counter. But depending on what sort of gastritis you have, the reality is that you may need to do some additional things to get better.

Making sure that any H. pylori infections are cured is extremely important… even if the person in question isn’t suffering from any of the symptoms that are normally associated with the infection.

Not treating H. pylori infections in good time can result in you getting cancer or it can result in ulcers developing in your stomach lining and small intestine.

The most common form of treatment is of course a 3-part treatment, which involves the patient taking a combination of drugs known as PPI, Amoxicillin and Clarithromycin. Together these drugs will help to fight off the bacteria.

Once you have been given this treatment your doctor will more than likely give you a breath or stool test to make sure that every little bit of the H. pylori infection is gone.

Once the infection has been gotten rid of completely from your body, the chances are that the gastritis will pretty much disappear too. The bonus is that by getting rid of the gastritis you will also be massively reducing the chances of you developing other gastro intestinal diseases such as peptic ulcer disease and gastric cancer!

So I really hope that this short article has given you an insight on all the information you really need about Gastritis.