You’re trying to talk to your son who’s in college across the country on the phone, but his voice keeps getting drowned out by strange noises in background and ringing. Annoyed, you ask if he could go somewhere a bit quieter, but he doesn’t know what you’re talking about – he’s in his dorm room and it’s silent. Must be the phone, you think, but when your conversation is over, the sounds don’t go away. What’s going on?

Chances are, you’re suffering from a condition that’s far too common – it’s called tinnitus, and about 1 in 5 people have it to some degree or another. In the United States alone, that translates to around 50 million people who have some symptoms of tinnitus, 16 million for whom the problem is bad enough that they see a doctor about it, and 2 million who suffer so severely that they have trouble functioning normally.

What exactly is tinnitus? The simplest way to describe the condition is that it’s a sound that no one else can hear. People suffering from tinnitus can hear “phantom” sounds in either ear or even just in their head. When describing tinnitus, most people call it a “ringing” in the ears, but in actuality the condition can resolve itself in a variety of different kinds of noises – clicking, chirping, whistling, roaring, hissing, and more. These sounds can be incredibly quiet (practically the level of a whisper) or horribly loud (as if someone were screaming inside your head).  It’s also possible to hear single tones or multiple tones, and for the noises to occur continuously or intermittently. This may seem better than hearing constant noise, but it also makes the condition unpredictable so that you can be fine one moment and in extreme discomfort the next.

There are a wide variety of things that are believed to be involved with someone experiencing tinnitus, but despite ongoing research efforts, no one has quite been able to determine specific and definite causes.  What researchers have been able to discover is that tinnitus can be made worse due to a number of problems. What are they?

The real question, of course, is how tinnitus can be treated. First off, it’s important to understand that, as of now, there is no cure in existence. That being said, there are a number of methods that different doctors use to alleviate the symptoms while organizations like the American Tinnitus Association search for a way to eliminate the problem completely. Here are a few of the most popular. 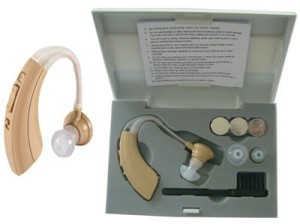 Purchase This product On Amazon