If you’re into bodybuilding, you’ve probably heard of creatine supplementation. This health and fitness trend is becoming increasingly popular among the gym set, and with good reason. Touting benefits like better strength, enhanced performance and more, creatine can be just the thing to help users break through a fitness plateau, build muscle, or kick-start an exercise regimen.

Keep reading for more information on creatine supplementation, including its benefits, how it works, and how to get started.

How Does Creatine Work?

A substance made naturally by the human body, creatine promotes healthy muscle function by supplying the body with ATP, which is the fuel necessary to promote muscular contractions. Creatine supplementation works by providing the muscles with extra stores of ATP, allowing the muscles to work more effectively for an added amount of time.

When it comes to building muscle, heavy weights at low repetitions are most effective; with creatine supplementation, users have the strength and energy necessary to lift heavier weights in a shorter amount of time, thus increasing the effectiveness of repetitions.

What are the Benefits of Creatine Supplementation?

By providing benefits like the following, creatine supplementation can lead to a significant boost to overall athletic performance, not to mention help users build muscle:

Creatine As A Muscle Building Accelerator

First and foremost, let’s get this out of the way. Creatine won’t be directly responsible for building muscle. Here’s why: It simply increases the amount of creatine phosphate you have in your muscle tissue which is a good thing for ATP replenishment. ATP has been known to be mainly responsible for muscle performance, so if ATP is replenished it will improve muscle function unlike when without creatine, ATP stores in the body will deplete quickly and will cause fatigue in our muscles. The idea is, while doing high intensity exercises which essentially are what’s needed in building muscle, we will have stronger and longer bursts of energy with creatine around to replenish those ATP stores. Which in turn will allow us to work harder and longer and that should lead to more muscle growth.

At the end of the day when you have more power and strength due to constant ATP replenishments you will be able to lift more weight which as we talked about earlier is the stimulus that we provide our body to have a blue print as to how far it has to rebuild the broken down muscle used in the lifting, so it follows that if we are able to set a higher bar for our body to reach(bigger weights), bigger muscles will be built and bigger would mean stronger. Remember, creatine will not build the muscle, you have to use the extra strength and energy that creatine helped produce so you can lift bigger weights and do so at a longer period of time than without creatine. So you still need to work for it, but you’ll have a nice healthy nudge towards the right direction of stronger muscles. 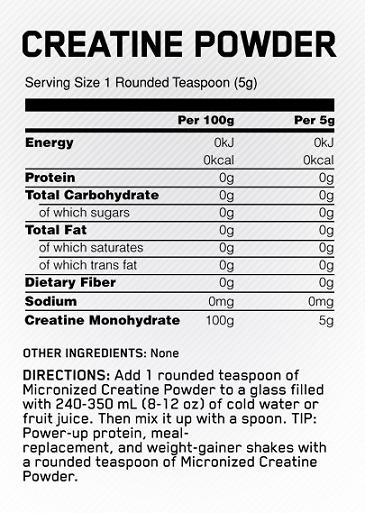 Before starting a creatine regimen, keep the following points in mind:

This is just an introduction. For more bulking information, check out the ‘four common reasons why bulking diets fail‘ at Crazy Muscle. Then check out some other relevant sites and resources. Once you know more about creatine supplementation, you’ll be more informed to decide if this method is right for you. No matter which route you end up taking, remember to always work out with caution, have patience and enjoy your journey to better health and fitness.