Hyponatremia is a low sodium level in the body. Sodium is important to body functions and helps to balance fluid levels and blood pressure. Sodium is one of the electrolytes that regulate heart, nerve and muscle functions. It also helps regulate how the fluids go in and out of body tissues and organs. We often think we need to drink a lot of water, but this is an instance where the body has too much water and not enough salt.

Low sodium can cause your tissues to swell, as well as the brain. This happens because there is too much water and not enough sodium to encourage the kidneys to flush out the extra fluids. Sodium balance is very important in encouraging the retention or release of water from the body.

There are three different types of Hyponatremia; hypovolemic, euvolemic and hypovolemic. In hypovolemic Hyponatremia the body has decreased fluids due to true fluid losses from vomiting or diarrhea. In this case, both fluids and sodium are lost in urination. The kidneys lose the ability to concentrate the urine and retain sodium. In euvolemic Hyponatremia the patient does not take in too much water or lose excess sodium. They are not retaining excess fluids, but the kidneys do not respond to sodium and fluids do not move correctly through the body and out of the kidneys. (See Figure 1) In hypervolemic the patient is retaining fluids in the tissue spaces and there is swelling and edema, yet the body is unable to clear the excess fluids.

Hyponatremia occurs when something happens in the body to disturb the delicate balance of water and sodium. This can be the result of vomiting and diarrhea (hypovolemic), congestive heart failure (hypervolemic) or drinking too much water and other diseases that keep the body from retaining sodium (euvolemic).

The blood needs solids in it in order to maintain the body’s fluid balance. Water contains very little if any solids and does not retain sodium. Sodium is the main electrolyte that tells the body to keep or get rid of fluids in order to regulate blood pressure.  When a person is sick, the ability to retain proper amounts of sodium is compromised or it retains too much sodium. In either case, not enough sodium gets to the kidneys to prompt the release of ADH (Anti-Diuretic Hormone). It can also work the other way in hypervolemic, where the body retains both water and sodium in the tissues and too much ADH is released resulting in swelling.

Sodium (Na+) triggers the fluid to shift out of the cells into the blood, where the ADH triggers the kidneys to excrete excess fluid and retain what sodium and fluids are needed by the body. (See Figure 2) 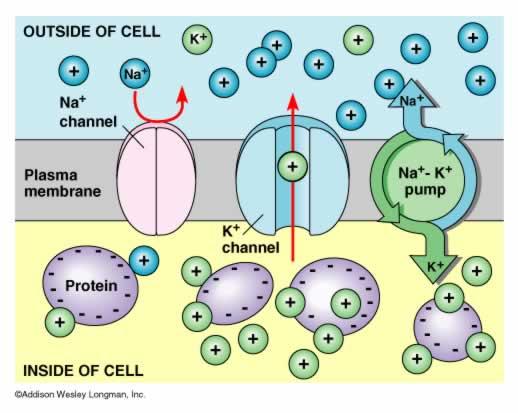 What are the symptoms of Hyponatremia?

Symptoms tend to progress as the levels of sodium in the blood drop. Coma is the most extreme symptom, due to swelling in the brain. As the condition progresses, the condition can cause the brain to compress the brainstem which leads to respiratory failure and death. Symptoms of Hyponatremia need to be treated promptly to avoid progression. Doctors and family’s need to be able to recognize Hyponatremia quickly in order to treat the condition before it progresses to severely low levels of sodium.

How is Hyponatremia diagnosed?

Hyponatremia is diagnosed based on symptoms and ultimately lab test results. In order to check sodium levels in the blood and urine, the doctor will need to order the following laboratory tests:

In addition to lab tests, the physician will also check blood pressure, neurological signs of Hyponatremia and check for pitting edema (fluid in the tissues) by pressing a finger into the skin and watching for depression, a sign of hypervolemic Hyponatremia.

The doctor will also need a thorough history on the patient’s recent and previous health history. Patients and families need to report recent illness such as; gastrointestinal virus, recent abdominal surgery, diarrhea and other illness that cause fluid losses are critical. Health history such as; congestive heart failure, kidney and liver disease are also crucial to diagnosis since they also cause fluid and electrolyte imbalance in the body.

What is the treatment for Hyponatremia?

The treatment for Hyponatremia depends on the type and the underlying disease process that caused it. Doctors need to look at a thorough health history on the patient prior to treatment. For example: A patient with hypervolemic Hyponatremia would not be given IV sodium chloride fluids, as this would only make the problem worse. Liver and kidney failure needs to be treated with fluid restrictions. Here are the common treatments by type of Hyponatremia:

Hypovolemic Hyponatremia – In hypovolemia, the patient will be given a slow infusion of sodium chloride solution via IV over several hours.

Euvolemic Hyponatremia – This type of Hyponatremia is treated with fluid restriction and possibly a drug to help raise the sodium levels and help the patient get rid of excess water from the body.

Hypervolemic Hyponatremia – In this case the patient may be given a diuretic to pull off excess fluid and the doctor will focus on treating the disease that is causing the Hyponatremia.

How is Hyponatremia prevented? 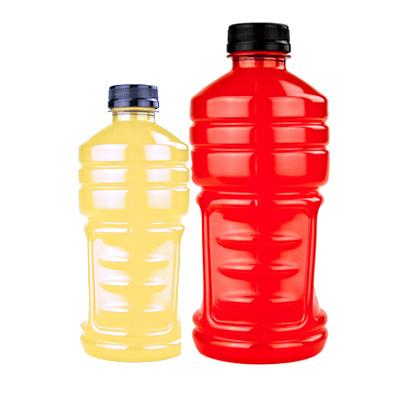 In patients that have gastrointestinal illness or other disease that causes excess fluid loss and intake, controlled fluids that contain electrolytes can help maintain the proper fluid balance. In Euvolemic and hypervolemic Hyponatremia, the underlying cause needs to be monitored closely and treated to prevent the patient from developing a fluid/sodium imbalance.

Athletes and people who work out in the heat need to replace fluids often with an electrolyte or sports drink solution to prevent transient cases of Hyponatremia. (See Figure 3) Also, any patients that are on diuretic medications need to check with their doctor for recommended fluid intake amounts to prevent over hydration or under hydration.

James is a freelance writer who often writes about healthcare, medicine, and the business of healthy. James has been blogging for years and often covers topics like the business of hospitals, Sanford Brown pharmacy tech school reviews, or even what regulations health foods should have. When James is not blogging he is an avid runner and biker when the weather is nice!