Your body is programmed such a way that after a certain point the cells that form organs in the body, die naturally which is a normal condition. However, in the cases of cancer, these cells instead of dying started to grow unusually leading to the growth of uncontrolled cancerous cells. In the cases of lungs cancer theses cells divide into lungs organ, however, early stages lung cancer diagnosis can save the life of its victim with proper treatment.

The lung is one of the most vital organs in the human body as it is responsible for more essential function needed for survival that is breathing and gases exchange. So if cancerous cells develop or take the form of tumor this vital function of this organ can be disturbed badly leading to a life-threatening scenario.

However early stages diagnosis of this condition can prevent its further growth if immediate treatment procedure is started under the supervision of health specialists. One difficulty in this health concern is that its initial stages recognition is not so easy because in most of the cases the patient doesn’t develop any symptom at all.

Whereas in certain cases the symptoms are very much similar to the respiratory tract infections so it is difficult to identify this health condition. Under the condition of cancer, diseases mutations happen in certain cells other than the healthy cells in the body.

This mutation affects the typical cells dyeing process after a stage or cycles to avoid their overgrowth. As a result of it, the tumor grows which are cancerous in nature. In the cases of lungs cancer, this overgrowth of cells happens in the lungs.

As per the diagnostic report lung cancer has two types, one is a small cell and another one is non-small cell. This division is based on the appearance of these cancerous cells under the microscope device.

Other than that if anyone at any point in time of their life has any way comes in the exposure to chemicals or toxins inhalation then they contain a very high risk to develop lungs cancer health condition.

X-ray, CT scan, Sputum cytology, etc are some common imaging tests that are used in the diagnostic process of lungs cancer. As this can affect your overall lifestyle and health so it is very important as soon as you or your dear ones notice its symptoms contact with the doctor without making further delay. 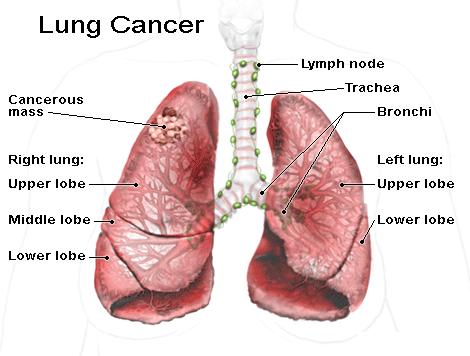 Under the condition of lung cancer, its patients don’t notice any symptoms unless it reaches to its advanced stage. However, in its initial stage, some symptoms develop which seems like a less serious issue but should not be ignored as it can be your lung cancer growing symptoms as well which will be an alarming bell for you.

The lungs cancer diagnosis process varies from person to person depending upon their medical history, their specific symptoms and results of the physical examination. However, primarily we can segregate its diagnosis procedure into two-phase, screening and tests.

Screening of lung cancer ensures a very early stage detection of this chronic disease in its preliminary stages when you have not developed any symptoms. This early detection facilitates you to get its treatment in order to be safe from its dangerous effects which can happen under the condition if it remains untreated for a very long period.

Under the screening tests if your doctor finds that you may have lung cancer in future then they will recommend for a further diagnostic test to evaluate the type of diseases and to what extent it has spread so far. This early screening test will help your healthcare provider to start the treatment early when your condition will be quite easier to bring under control without any health risk.

Who Must Go for Screening?

Different health organizations in the world such as the American Lung Association, American Cancer Society and the U. S. Preventive Services Task Force suggest that every individual aging 55 or above or if anyone who was long term smoker in their life must go for the screening test to diagnose lung cancer to prevent its growth risk with early-stage treatment if it exists.

Other than aging and smoking factors under certain below-mentioned conditions, you must go for the lung cancer screening tests:

After considering your symptoms and screening test if your doctor thinks that you might have lung cancer then he will ask for some diagnostic test to make a conclusion.

The sputum cytology diagnostic test detects cancerous cells in the mucus. Your spit is taken as a sample which further undergoes the laboratory test. To collect your sample you need to take a very deep breath and then should cough with full force to get some up from the lungs in a container which you can submit for the test analysis.

The imaging tests help to clear out the growth of lung cancer in the form of images. This test helps a doctor to figure out whether the growth has spread to other organs and if it happens then it will detect the exact location for starting the accurate treatment. Some very common imaging test referred for this diagnostic process includes the following:

This test helps to clear out the size and shape of cancer and its actual position. As per your symptoms and doctor’s recommendation, your chest and belly area scan may be taken so that the doctor can see if you have cancer then whether it has spread to the liver or adrenal gland or not.

In the biopsy test, a very small amount of cells from your lungs are taken to check under the microscope for cancer existence. This test is done in different ways some of them are mentioned below:

Another type of needle biopsy is known as a core biopsy in which slightly thicker and hollow needle is used that removes a piece of tissue along with cells for examination. In the biopsy process, your doctor uses an X-ray or CT scan to guide the needle for locating the exact spot for tissue removal.

After the biopsy process is dome the removed tissues or cells are sent to a lab where a pathologist check them under a microscope to verify clearly whether any of those cells are cancerous or not. If under the diagnosis test you diagnosed with the lungs cancer then the next step will be discussion regarding your treatment plan.

If your cancer is confined to the lungs, surgery will be the best treatment plan for getting rid of it completely. However, if a patient has developed lung cancer in a larger area then before surgery your doctor will recommend for the chemotherapy and radiation therapy to shrink the extent of your lungs cancer. After that surgery is conducted for removing cancerous cells.

During the lungs cancer surgery, a surgeon removes the lungs cancer along with a margin of healthy tissues to prevent its recurrence risk in future. Some common lung cancer removal surgery procedures include- Wedge resection, Segmental resection, Lobectomy, and Pneumonectomy.

Under chemotherapy drugs are given through veins or orally that kills the cancer cells. It is given on an interval of weeks or months in a series of treatment to provide enough recovery time to the patient. Sometimes chemotherapy is given before the surgery to shrink the larger growth of cancer cells so that it can be removed easily.

Sometimes chemotherapy is given after the surgery to kill any remaining cancerous cells to prevent the recurrence risk of this chronic disease. In the cases of the advanced stage of lung cancer patients, it is given to relieve the symptoms such as pain, etc. of this particular stage of lungs cancer.

In the radiation therapy of lungs cancer treatment, very high doses of energy beams of X-rays and protons are used to kill cancer cells. In this particular process a patient lies down on a table and a radiation machine moves around his body pointing the affected portion of the body.

In the cases of advanced lungs cancer or where lungs cancer has spread to other organs, radiation therapy is given to relieve pain and other symptoms.

Radiotherapy is also known as Stereotactic body radiotherapy in which more advanced radiations are used for the treatment to kill cancer cells. In this process, many beams of radiation are given at the many angles of cancer. This treatment process is usually completed in one or two treatments.

Those who are diagnosed with small lung cancer and can’t opt for surgery as its treatment then they can choose radiosurgery as an optional treatment method. Radiosurgery is also effective in cases where lungs cancer has spread in other body organs such as the brain to treat it completely.

The immunotherapy cancer treatment process interfere in the process that produces the contradictory proteins in the body. Hence helps in treating cancer cells. It is mostly recommended for the treatment of advanced lung cancer.

The targeted drug therapy focuses on treating some specific abnormal conditions that exist in cancer cells. By obstructing the abnormalities of the cancer cells it forces them to die. There are many approved drugs which are recommended for treating lungs cancer. However, these drugs are primarily recommended in cases of advanced or recurrent lungs cancer.

In the case of genetic mutation, these drugs work very effectively to kill the cancerous cells. At first, your cancer cells are tested in the laboratory to see whether these drugs will work on them or not after that only it is recommended for the cancer treatment.

No doubt it will be a great advantage if a lung cancer diagnosis is done in its very initial stage. However, before planning for any treatment for you make sure that you have a strong emotional backing with you in the form of friends and family members as in this whole treatment as well as recovery process you need regular support to ensure easy recovery and mental strength.