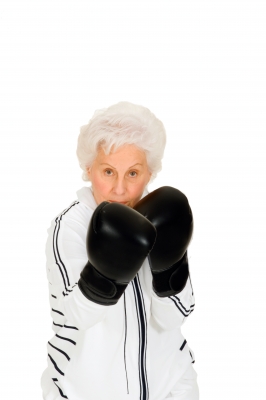 A decrease in estrogen and other endocrine changes are the major causes of menopause and the associated symptoms.   Here is a bit of trivia – did you know females are born with the maximum number of follicles they will ever have. They do not produce any more, in fact they are born with 1 million to 2 million and start loosing follicles when they are still just an embryo  in the uterus and by time menopause comes around just a few hundred to a few thousand are left. It is this loss of follicles that causes the body to stimulate more hormones  such as Follicle Stimulating Hormone (FSH) to keep the ovaries producing more follicles.  All this hormone production may be responsible for the symptoms associated with perimenopause. Of course the whole process is much more complicated and some other factors come into play but we will leave it at that for now.

Perimenopause is the the transitional period when hormone levels start to fluctuate and end with the last period. During this time the woman may experience heavy periods that last longer, skipping periods, hot flashes, vaginal dryness, and insomnia. With just those symptoms alone it's no wonder women going through this phase are irritable and may suffer depression.

Menopause symptoms can present one at a time, several at a time or all at once and in a wide range of severity. The most widely talked about symptom is the hot flash. Hot flashes range from a mild sensation of feeling warm to being so severe a woman has to stop what she is doing,  strip off layers of clothing, and seek refuge under a fan or open window.  The hot flashes are usually described as a flushed appearance of the skin over the head, neck and chest with a feeling of intense body heat, heart palpitations and finally profuse sweating.   Sometimes the hot flashes are more frequent and worse at night and this may be because estrogen levels are the lowest at night.  Along with hot flashes are the day & night sweats often severe enough a woman wakes up in a pool of wet several times a night affecting the quality of sleep. The duration, frequency, and severity of  hot flashes vary from woman to woman lasting from seconds to several minutes and they continue on average from 4-5 years up to decades. Unfortunately the physiology behind  hot flashes is not completely understood but what is known is when estrogen levels drop the hypothalamus gets confused and believes the body is overheated and starts the cool down process. This can lead to  the heart to beating faster,  anxiety, vessels near the skin surface dilating causing the flushing, and sweating. Some menopausal symptoms are also a part of the aging process such as vaginal dryness causing painful sexual intercourse, insomnia and early morning waking, as well as urinary incontinence with sneezing and coughing.

What can I do to alleviate the symptoms?

There has been and continues to be numerous clinical trials regarding menopause symptoms especially hot flashes so what is used to treat them today may very well change as results of these studies are published. For now let's start with what is known today and the easiest changes first. There are a number of lifestyle changes that can have a significant and positive impact on the symptoms and the first step is to talk with a health care provider to be sure the symptoms are because of menopause and not something else more dangerous. After the cause has been determined to be menopause here are some changes known to help: decrease the intake of caffeine, alcohol and spicy foods; exercise regularly to maintain a normal weight; stress reduction; and wear layers that can be easily shed during a hot flash. All of these can easily be incorporated into a daily routine.  Besides the lifestyle changes there are some over the counter dietary supplements that may or may not help alleviate some of the minor symptoms. Again, these must be discussed with the woman's health care provider before starting  because even “natural” products have risks and interactions. One product widely used is Evening Primrose Oil which studies show it may relieve symptoms of hot flashes and many other problems due to the  fatty acid, GLA, it contains. Another popular product is Black Cohosh extract which is used primarily for hot flashes and other menopausal symptoms but must not be used if someone has a liver problem. Flaxseed and flaxseed oil is also used to treat mild symptoms. Some clinical trials studying  symptom relief show Phytoestrogen extracts, including soy foods and red clover appear to have at best only minimal effect on menopausal symptoms. However like the other dietary supplements some of these items should never be used in women with estrogen-positive breast or uterine cancer without discussing it with their health care provider.  Other important supplements used to prevent osteoporosis are Vitamin D and Calcium.

Unfortunately every woman who lives long enough will go through menopause but how much they suffer or the symptoms they will have differ from person to person. The biggest issue is how they deal with it and the best advice I can give is to speak to your health care provider when the symptoms start or as soon as your periods become irregular so you can work together to develop an action plan you can live with. This is nothing to suffer through by yourself because without proper treatment it can lead to other problems you can avoid by talking about it sooner rather than later.