You are here: Home / Health & Wellness / Social Relations Is The Best Ways To Help You Live Longer 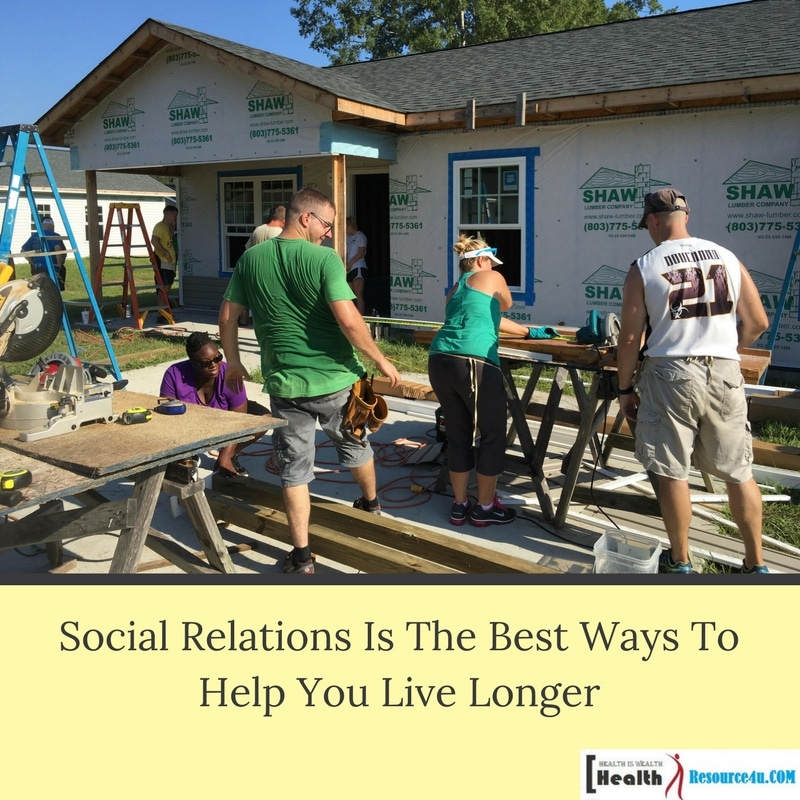 Studies and vast bodies of research show that those who score on social skills and connections tend to live longer than lonesome people. The buffer that healthy and emotionally supportive relationships provide is as good as quitting a negative habit like smoking, according to research carried out by Brigham-Young University in Provo Utah. Social relationships tend to boost longevity apart from enhancing the quality of life. Survival has always stemmed from man’s capacity to live and thrive in groups. Relationships today can still impact odds of survival, according to researchers.

Analyzing 148 studies, scientists conducting a meta-analysis found that social relationships impacted death risk. Studies of over 300,000 people followed for seven and half years on an average found individuals were 50 percent more likely to be alive if they had strong social relationships. Findings persisted across age groups, genders or health status. Strong social ties were likened to losing weight as a means of increasing lifespan and longevity.

Support from the community provides greater protection for longer life. Dr. Robert Kaplan, at the UCLA Public Health School indicated that social support can improve survival in various ways. The stress buffering hypothesis indicates that others around can help you and absorb your stress. Direct effects theory argues that having people around you ensures healthy behaviors and habits.

Being socially connected is essential for good physical and mental health. Those who are socially connected live longer and are less likely to succumb to diseases such as cancer, cardiovascular disorders and more. Social isolation is just about as risky as alcoholism or smoking addiction or even obesity.

The brain processes social disconnectedness as a survival threat; humans rely on one another for survival. The neural alarm system may be activated if social isolation is experienced. Conversely, social cues that you are cared for and connected can activate neural regions promoting health. Humans are sociable creatures and being with friends and family members are essential to the psychological and physiological well being. 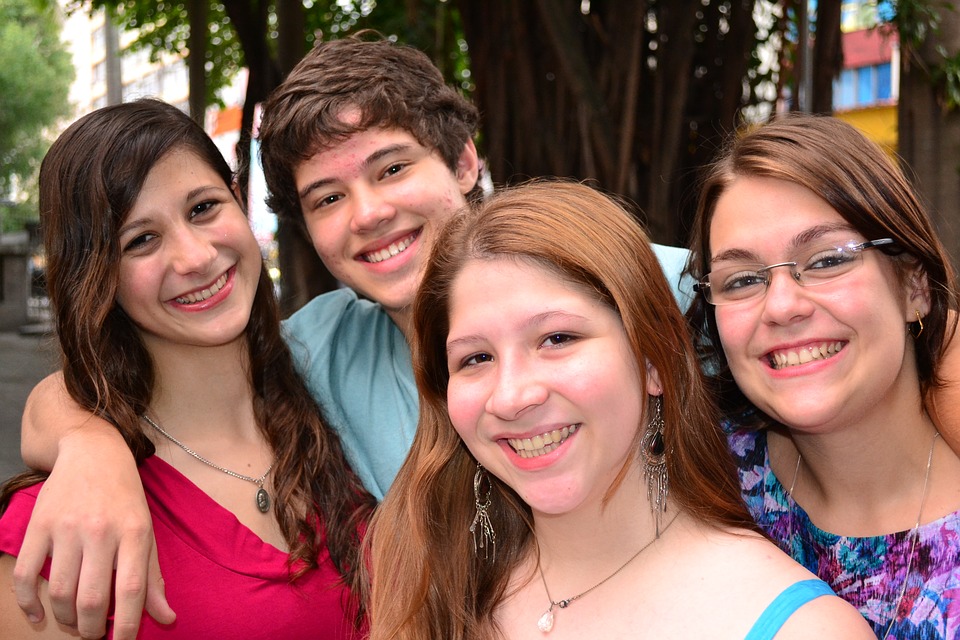 Photo By: Max Pixel/ CC BY

It is also essential to maintain good relationships with friends and family. Keeping up to date with the latest technology for communication is important. Pursuing interests and hobbies that help in staying connected can work from a hiking club to a book club. Scientists tracking the health of Harvard first years in the Great Depression period found the early social life experiences influenced health and aging over time with some ending up as successful, while others turning into schizophrenics or alcoholics. The Harvard research also unearthed that relationships can have a powerful influence on health. Taking care of the body is important, but looking after your social connectedness was equally important.

More than cash or fame, close relationships keep people happy. Protecting people from life’s discontent, social class, genes and IQ don’t matter when it comes to the benefits of social relationships. Psychiatrist Robert Waldinger has also recorded a TED Talk on what is counted as the longest study on happiness in 2015. Research conducted by Waldinger found that marital satisfaction had a protective impact on people’s mental health. Those with more satisfactory partnerships lived for longer periods of time and were happier and content. A recent study also found women who felt securely attached were less likely to feel depressed and had better memory functions.

Good relationships protect the brains and not just the body. As aging commences the day one is born, taking care of yourself at every stage of life is important. Aging is a continuous process and so you must watch out. Early researchers believed that physical health and personality traits determined adult development. Now the studies indicate the role of relationships and the crucial role they play in influencing people’s lives. 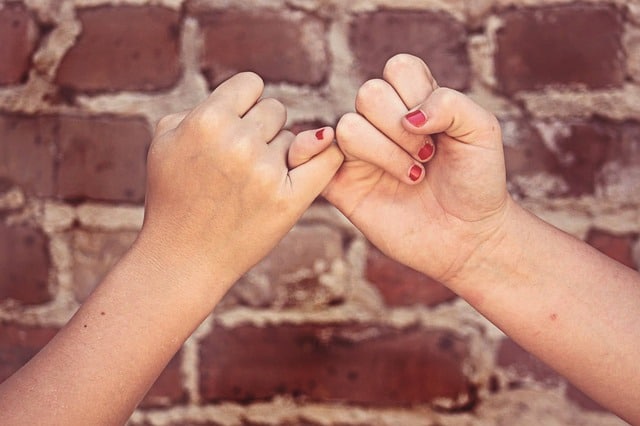 Photo By: Max Pixel/ CC BY

Social connections play an important role in not just providing some pleasure, but influencing longer health outcomes in every way as impactful as good sleeping and nutrition. People with deeper relations with friends, family and community were happier, lived longer and had fewer health problems. A study found that lack of deep relations raises a risk of early death by as much as 15 cigarettes in a single day and greater than sedentary habits and/or obesity.

Scientists have found the healthy outcomes of social connections stem from the capacity to negate stress. Stressors can impact coronary arteries, stomach functioning, insulin and immune system regulation. Another research indicates stress reduction hormones are released through caring behaviors. Research also discovered a whole lot of activities that qualify as social support and evidence suggests longevity-boosting effects of social support exist for the sender as well as the recipient.

The Quality of Relationships

Additionally, the quality of relationships means a lot. A study found that middle-aged women who were in happy marriages or positive relationships had a lower risk of developing heart issues as opposed to those with unhappy marriages. Reduction in immunity results when divorce or hostile marital proceedings occur.Studied have linked social let downs or negative interactions with others with poorer health.

Having an active and rich network of vital relationships can make a big difference. People aged 75 and above were found to have lower chances of dementia if they were close to friends, loved ones, and relatives. People with strong, social relationships enhance survival over a certain time period by 50 percent. This is twice as beneficial as working out, when it comes to increasing life length. Researchers also found the link between social relations and mortality held under different conditions.

Relationships that lower stress can influence health in positive ways. They can help in dealing with stress. People that we can count on creates a sense of support during tough times and lowers stress. Our relationships help us to cope with problems.

Social relationships also encourage healthy behaviors. Friends and well-wishers are more likely to encourage you to get the nutrition, exercise and medical care you need.

Also, social relations provide a sense of meaning and fulfillment to life and help us to take better care of ourselves and face fewer risks. Relationships are important when it comes to recovery as well.

Studies also indicate that brief social contact that does not involve close emotional connectedness can lead to the extension of a person’s life. Loneliness relates to the mental and physical well being and other health outcomes, not just premature death.

Recent lab research has shown that in stressful situations, BP and heart rate increase less when people are accompanied by others who are close to them. Brain imaging has shown that neurological activity differs depending on when people are alone or have support. This was found to be true across age groups. Participants in the study with more social connections and diverse networks were less likely to fall ill too. Immune systems of those with plenty of friends work better. This is because immune response is impacted by stress hormones like catecholamines and glucocorticoids. Strong social life affects immune functioning by helping in keeping stress in check. Moreover, support groups can also help in recovery from chronic medical conditions.