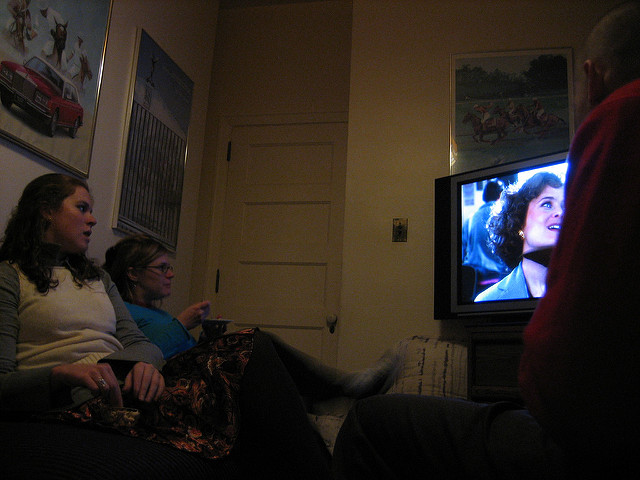 Watching television for three or more hours in a day? In case you are, your risk of premature death doubles someone who watches only one hour or less, as per research published by the American Heart Association.

Now, the health risks of sedentary behaviour are well known but death? However, it is true that all the sitting around is associated with a grave threat to your heart.

An early study published in 2009 showed a correlation between excessive sitting and biomarkers of poor metabolic health. So, here’s what the risks are:

This can explain how one can easily raise the risk for premature death.

How Does TV Watching Damage Health?

For every two hours additionally spent watching TV, person’s risk of death from heart disease rose by 44 percent and risk of death from cancer rose by 21%, according to research. What are the other factors associated with TV watching?:

The link between television time and premature death held strong indicating TV is a particularly damaging way to spend your time. Part of the problem, according to researchers, is based on the sedentary nature of television watching.

While other pursuits like computers involve some movement even as your mind is engaged, TV is a stationary pursuit making it very hard to safeguard your health.

Light in the Night?

Another important point is exposure to light at the night from the television can interfere with the circadian rhythm of the human body and its hormone production.

Television is associated with chronic diseases as well. Watching TV has a major impact on the neurochemistry of the brain, the longer one watches, the greater the risk.

Dr. Aric Sigman a British psychologist has meta-analysed 35 different scientific studies on TV and its impact on viewers. Damage comes from the amount of time spent watching the television screen, producing a numbing impact on your brain.

Other activities like reading stimulate these areas. Close to 15 negative effects were identified by Sigman which can be blamed on TV watching. Alterations in biology and cognition occur at levels of TV watching far below the norm- another disconcerting finding.

These include the following risks:

Too much time spent watching TV needs to be avoided for optimal health. Sedentary, passive states result with TV making. When you move, you raise the force of gravity on your body.

Anti-gravity environments speed up cellular deterioration- this is based on research findings for astronauts in outer space. NASA’s former director Dr. Joan Vernikos was assigned to prevent astronauts from deteriorating as a result of this in space.

In a situation where there are anti-gravity forces acting on your body, it deteriorates at a far more rapid pace.

Too Much Sitting, Too Little Movement= Health Damage

Differing health effects are there for different activities ranging from reading to sitting. A 2012 study found in a review of 18 investigations that those sitting in a passive way for longer periods of time were more likely to have heart disease and diabetes.

This was even more so for those lacking a regular exercise routine. Those with higher levels of varied movement during the day suffered fewer heart-related ailments. The ratio of sedentary to active people who experienced a heart attack of stroke is 100:73.

For every 10o of the least active who died, only 70 of the most active passed away. Daily activity levels and regular exercise programs were associated with lowest risk profiles on the whole.

Adults watching 3/more hours of TV also double chances of premature death from any chronic cause. TV viewing needs to be limited to only two hours in a day.

Another dangerous trend found by researchers is that TV viewing is a major sedentary behaviour and large amounts of time spent watching television programs resulting in mortality, according to Dr. Miguel Gonzalez from the University of Navarra in Spain.

Scientists studied 13284 your faults to see the risk of death from TV/computer watching/driving. They found that 97 in the sample size observed for 8.2 years on an average, died and 19 of the deaths were due to heart problems, 46 from cancer and 32 from other causes.

A risk of death was twofold higher for participants who watched 3/more hours than those who watched only 1-2 hours. The study also showed that sedentary behaviour associated with TV watching poses an additional burden on increased health problems in relation to raging.

The  study also showed that sedentary behaviour associated with TV watching poses an additional burden on increased health problems in relation to raging.

The American Heart Association has recommended close to 150 minutes of moderate aerobic activity or 75 minutes of vigorous activity each week. Moderate to high-intensity muscle building twice a week is also important.

Harvard researcher Frank Hu found that premature death has been associated with TV watching on account of cardiovascular and diabetic diseases. Increased risks were apparent even after making a consideration for age, gender and lifestyle factors such as smoking, diet, and obesity.

Low Chances of Survival After Cancer for TV Watchers

Lowest odds of survival after colon cancer was observed for regular TV watchers. A 2014 study even suggests that watching too much TV can impact survival rates among those with colon cancer.

Scientists investigated initial data collected by US NIH on lifestyle habits of over 566,000 men and women aged 50 to 71. Further analysis zeroed in on 3800 of these who were found to be suffering from cancer.

The greater the amount of time spent watching TV, the more the risk of passing away due to cancer is. The study also found those who spent 7/more hours per week in moderate to vigorous activities were 20 percent less likely to die for any reason than those who were sedentary.

The writing is clearly on the wall. TV watching can have hazardous consequences on your health and increase your risk for premature death.

Sedentary habits associated with TV watching can have deadly consequences without your realising it. Watch out for the signs and symptoms of excessive TV watching. Being a TV addict can also be life threatening.