Wart is one kind of a skin disease which mainly found in children as they have a very weaker immunity system. It is a small, rough fleshy and uneven texture that can appear on any part of the body. It is essential to be aware of the symptoms of warts for preventing its growth.

The human papillomavirus is the virus which is responsible for the birth and growth of this skin disease. Its texture and appearance depend on the type of skin in the body where it is developed. Sometimes it looks like small cauliflower or a solid blister.

Warts can spread because of the HPV which can affect the mucous membranes that will eventually lead to the development of this condition. Depending on the virus type, the human papilloma virus can also lead to other types of diseases such as cervical cancer.

There are two types of human papilloma viruses. These are as follows:

As the kids have a very weak immune system so they cannot fight against the virus causing warts resulting in they are the primary victim of this health concern. Still, it is found in adults too up to some extent especially in people who have very weak immunity power.

A wart may develop at any part of your body but mostly it is found on hands and fingers. Below we have enlisted the most common signs or symptoms of warts.

If you are noticing the above-mentioned symptoms on any part of your body then without further delay consult with a doctor as early-stage treatment will help to recover it faster. 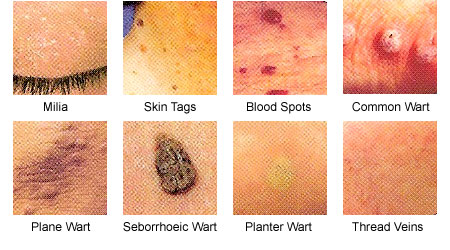 Primarily warts are divided into the following types depending on its appearance in different parts of the body.

Common warts sometimes look like cauliflower. Apart from finger, it grows in knees, elbows, knuckles and on the broken skin surface. The clotted blood vessels on common warts are called seed warts.

Plantar warts develop primarily in the soles of feet, heels, and toes which becomes very difficult to remove completely. Just like warts, it doesn’t grow outside the skin surface instead it grows inside the skin as a black dot in the center which remains surrounded by white hard tissues.

The reason behind its growth within the skin is the body pressure of a person that pushes the soles of the feet resulting in warts grows within the skin. It can cause a discomfort in walking.

Flat warts grow in the sun-exposed area of the body which remains very small in size and even sometimes the affected person doesn’t even aware of its existence. It primary develops in the face, arms, and thighs. It has flat texture seems like it is scrapped from the top.

It can be pink, light yellow, brownish and even of skin color which can grow between 20 to 100 in number. Mostly this type of warts goes off on its own without any treatment that makes it different from the other warts type.

Filiform warts grow in eyelids, nose, armpits, and neck which remains thin and long in shape and size. Its color remains the same as the skin color of the affected person. It looks like a little flap or tag of the skin.

Periungual warts grow under or around the toes and other foot fingers. This type of warts is very painful and it also hinders the growth of nails.

A genitals wart is considered as one of the most severe forms of warts which grows around the genitals area, in the vagina and in or around the anus. It is pink or red color flesh that looks similar to cauliflower.

It develops in the cluster of three or four which can spread very rapidly. Generally, it doesn’t cause pain but it might cause mild pain, itching and bleeding too.

In general, a wart is not a critical disease and mostly it is disappeared by own with the passage of time but if any type of warts causing concern then it should not remain untreated for a very long time. Especially genitals warts are essential to be diagnosed by doctors as it can even be cancerous.

Different treatment techniques are applied to cure warts completely. Sometimes it may recur even after treatment then some other treatment form requires to be applied for preventing the recurrence. Warts may develop in children too which in most of the cases disappears of its own within a month to a year.

However, if it is not getting disappear on its own then it should be given medical treatment. Following are some common form of treatments that doctors use to relieve warts. Depending upon the warts type and the place of it grows either single or combination of treatment may require.

Under the cantharidin technique, a substance is applied to warts which contain an extract from the insect called blister beetle along with some other chemicals. After that, the affected area is covered by a bandage.

This will create a blister on the warts area where the cantharidin is applied which raises warts from the skin with time. The doctor will remove the dead cells of warts which is lifted by the blister. This process is painless but causes discomfort due to blister.

Cryotherapy is also known as the Freezing technique in which a doctor will apply a liquid spray on warts generally it is prepared by nitrogen that frozen warts. This needed a professional help for faster and complete relief as at home treatment it is seen that it gets painful and there is less assurance of complete removal of warts.

If the wart size remains large then it needed several sessions to be cured completely and a local anesthetic is required in this case to be applied to the patient. This therapy will create blister and warts weaker which falls off on its own in a few weeks.

There are many over the counter medications for treating warts that come in different forms such as ointments, gel, paints, band aids etc. All these medications carry Salicylic Acid as the primary ingredient which kills the wart tissue when applied to it.

You might require applying these medications for several weeks until the warts tissue is not get dissolved completely. It dissolves the warts tissue when applied on regular basis and removes them from the root.

In the Candida antigen shots treatment method the human immunity system is stimulated locally which takes action against the warts tissue without leaving the scars behind.

Warts develop because our immune system doesn’t recognize it so it develops, but when the immunity system is activated through medication it activates some cells that start it counteracts against warts after recognizing it.

This form of treatment should not be applied to pregnant women as it can affect their health negatively.

Surgery is not a very common treatment method for treating warts still it is suggested by doctors in certain cases. The chances of scarring remain high in the case of surgical treatment of warts whereas there is no scaring issue if warts get removed by its own.

A local anesthesia and surgical razor are used for shaving warts from the skin. After surgery doctors prescribe for topical creams for removing the scars. This surgery is known as Minor surgery.

Under the cases of Laser surgery, an intense beam of light is applied directly on warts that burn and destroy the warts tissue so that it can be removed easily.

The above-mentioned treatments methods are the primary and standard form of a technique for treating warts. However as per the warts type and if other treatments are not working completely then the doctor may use other treatment options which are following.

Under the cases where warts are disappeared but its virus is existing then it may recur in future. Also in the cases of warts in toes and fingers’ nails, it is difficult to remove it completely.

Warts grow in both genitals and non-genitals area of the body due to human papillomavirus. It mainly happens due to a weak immune system that is why it grows in children and elder people who have weaker immunity power. However with some below mentioned preventive measures you can check the growth of this disease to a great extent.

There are many people who have a bad nail biting habit which can even stimulate to infection causing warts problem. Viral particles live in nails in a dormant state and when the nail is bitten it gets activated which can cause a virus to enter inside the nails that can stimulate the HPV function.

So for preventing the risk and growth of warts stop biting your nails immediately as it not only helps in developing warts condition but can also elevate spreading through nails to lips and fingers.

A damaged and broken skin welcomes the entry of HPV and its associated effect on the skin. So it is vital for everyone to keep your skin well maintained and in good condition by properly moisturizing it, covering it with a bandage if any injury happens and apply a sunscreen on regular basis for preventing sunburns. All these safety measures will reduce the risk of Warts growth.

A wart that grows in heel, toes, and soles are very difficult in treating and its permanent removal is difficult. So it is essential to protect your feet by wearing good quality footwear every time. Especially when you enter in a public area or places the safety of feet needed to be doubled otherwise you may fall into a trouble.

Make sure that you are wearing a footwear in the public places like gyms, public showers room, public locker rooms where numerous people visit throughout the day. Bare feet in such places can easily contaminate HPV from any of plantar warts affected person’s feet.

The virus of warts can contaminate very fast from one person to another and make a healthy skin affected by it. So for preventing such risk stay far away from the person who is affected by warts, don’t touch them or any physical contact with them for ensuring your safety.

Also, warts spread through clothing as well, so do not use the clothing like towels and other belongings of a person who is affected by warts.

Do not Remove Wart by Own

People often try to remove their warts from the skin through scratching, by shaving over it and any other way of getting relief from irritation. This is absolutely a wrong way and it is not going to help you anyway as instead of reducing its size and quantity it will spread more and even to other parts of the body too it can spread.

So always take professional help instead of applying self-treatment on your warts if you want to get rid of it faster and completely.

A wart grows faster in any broken or damaged area of the body as the HPV gets enough room to grow. So clean immediately if a breakout occurs in any part with an antiseptic liquid and then cover it for avoiding the risk of warts.

Prevention is always better than cure so if you are noticing the symptoms of warts take professional help without delaying for preventing its spread and its associated health troubles.