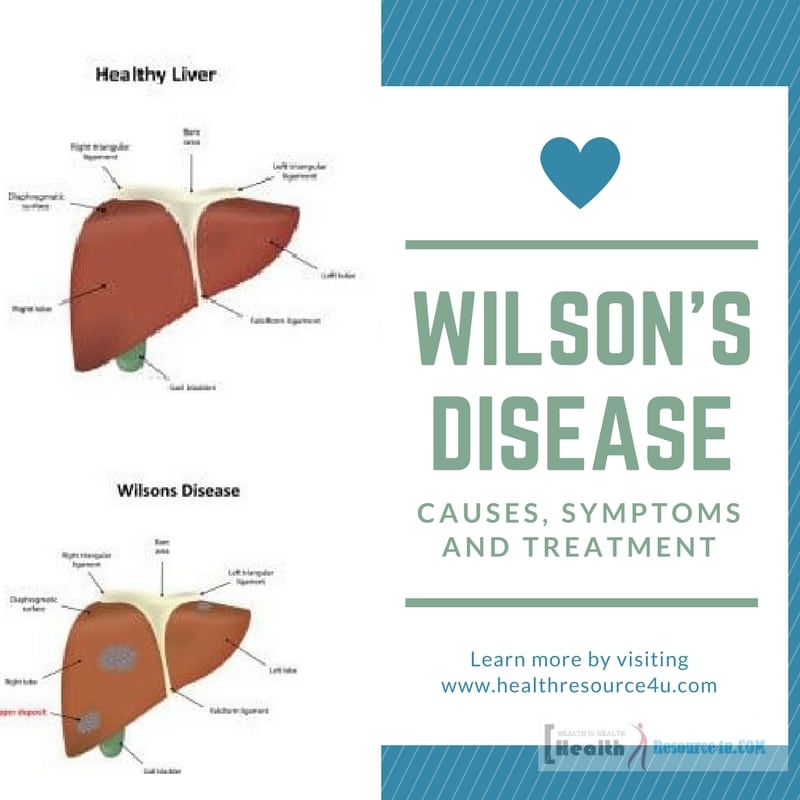 Wilson’s Disease is one of the inherited chronic diseases in which copper excretion from the liver is stopped. Normally liver absorbs copper from food that we eat and extra and unnecessary copper released in the form of bile. The layer of this extra copper gets increased gradually and this leads to being a reason for the liver failure. Symptoms of Wilson's Disease can save its patient out of its dangerous effect if detected in the beginning stage.

As per medical practitioners, Wilson’s Disease developed in people aging between 5 to 35. But in some cases, people of a younger section, as well as older section, also gets affected out of this chronic disease.

As it is an inherited disease so if any family member is suffering out of this disease can pass on to its very next generation or it can be transmitted from grandparents also. An early stage of diagnosis can prevent its brutal effects.

It is also known as progressive lenticular degeneration and hepatolenticular degeneration. It is a rare disease that not found commonly. If it is not diagnosed well then its patient might have to face brain damage, failure in the liver or any other devastating health problem where the possibility of life-threatening exists. 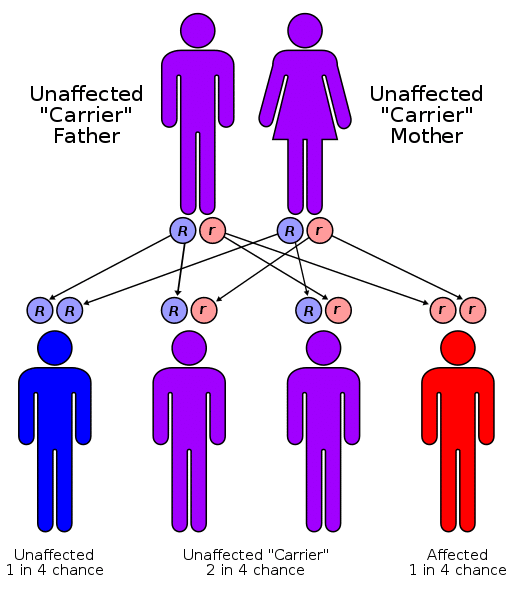 Wilson’s Disease is an inherited disease. Early treatment is must, for this disease otherwise its patient has to face its worst effects. So for timely diagnosis, it is necessary to get aware of its symptoms. Here we have enlisted primary symptoms of Wilson’s Disease.

As Wilson’s Disease is an inherited disease so it exists in the body by birth only. But at initial stage, its symptoms do not get detected. As the accumulation of copper increases with the age, its symptoms can be felt. Moreove,r its symptoms vary from person to person depending upon the body part which is affected by it. If the accumulation of copper is in the liver then its symptom will differ from the person whose copper builds up in his brain or any other organ. Once the symptom is detected must be diagnosed in its very initial stage in order to get rid of its life-threatening effects.

Once the symptom of Wilson’s Disease is matched then it needs to be cured immediately without any further delay. As it is inherited from parents so it lies in its patient’s body by birth only. Along with time it grows and once not cured well then shows its threatening effects.

It mainly develops in the liver as due to this disease liver stops releasing extra copper in its upper layer and this regular accumulation of copper as a layer can hamper normal work of liver and in future, there might be chances of liver failure.

In some patients, it develops in their brain and because of this disease patient brains get covered with unnecessary copper which can cause brain damage.

Whatever may be reason or cause of Wilson’s Disease once its symptoms detected it must be cured as guided by its specialist doctors. Here we have enlisted some general treatment that any patient affected by this disease has to go through.

In order to understand the treatment procedure of Wilson’s Disease, we have divided its whole treatment into three important stages that can throw the clear light on its treatment in a systematic way.

In the very first stage for treating Wilson’s Disease Chelating therapy is been used. Two primary medicines are taken in this therapy which is Trientine and D-Penicillamine. Both of these drugs removes extra copper wherever it is accumulating in the body and releases them into the bloodstream.

Once the extra copper is released into the bloodstream, your kidney releases it through urine. Generally, it is found that usage of D-Penicillamine dosage results in some side effects like rashes, fever, bone marrow and kidney issues.

Chelating drugs must be taken in a dosage as prescribed by doctors. For pregnant women it is prescribed in a very low dosage as there are chances exists for affecting baby.

In stage two of Wilson’s Disease treatment the therapy which is used for treating its patients is called Zinc therapy. In this stage, the treatment aims at to maintain the copper in a normal level after removing extra copper.

Here Zinc is consumed through foods like salt or Galzin. Taking zinc can cause some kind of side effect such as stomach upset but this is temporary. Zinc therapy is only prescribed by the doctor when he sees that you have completed the first stage of its treatment and still you have Wilson’s Disease.

If the symptoms of Wilson’s Disease keeps on improving and the copper level is normal then in its third stage of treatment the patient requires long time maintenance therapy. In this stage, both the Chelating therapy and Zinc therapy continues as it is, and concentration is given on levels of copper.

The Copper level also increased due to the existence of copper in water which a patient is drinking in his or her home. So testing of water must be done in order to get aware of its copper level existence.

Some food items must be avoided for maintaining the copper level which are chocolate, multivitamins, nuts, dried fruits, mushrooms, liver, shellfish etc.

Once the symptoms of Wilson’s Disease diagnosed it has to be treated properly otherwise it can reach to a fatal condition which can create much more complications in the patient’s body. Some major complications listed below:

If the early and regular diagnosis is not given to the patient of Wilson’s Disease then there are most likely chances of liver failure. This issue can be seen suddenly or in certain cases, it develops over a long time. Liver transplant has to be done once the failure came in to picture.

This disease can damage the kidney of the patient. Stones in kidney and excretion of an abnormal quantity of amino acid in urine are some of the major issues that can occur. In order to get rid of these medical issues, early diagnosis is recommended.

For repairing the damages done by extra copper in liver results in the creation of scar tissues in the liver. These tissues raise the difficulty in liver functioning.

The blood cells of the person affected by Wilson’s Disease get damaged slowly and gradually which ultimately give birth to some severe diseases like jaundice and anemia. So for preventing the blood cells, damage regular medication is necessary to be followed.

Some mental and psychological issues are been detected in the person suffering from this disease. These mental health issues take birth as an outcome of Wilson’s Disease complication. Some major illness includes- Depression, Irritability, Psychosis, and changes in personality.

As an outcome of Wilson’s disease treatment some critical neurological problems are detected in its patients. Some of these neurological difficulties include involuntary movement of muscle, tremors, difficulty in speech and clumsy gait.

Whatever the disease is whether it is fatal or small but prevention is always considered as better than cure. So if there is any history of Wilson’s Disease in your family consult once with the doctor who can guide you and save you from its threatening effects. There are many cases of people with this disease living a healthy life so get early medication and live a normal and better life. So once the symptoms of Wilson's Disease is recognized don't make delay in its treatment.