The hymen is a piece of skin covering the vaginal opening in females. In about the 3rd or 4th month of pregnancy, the hymen in female fetuses begins to form. It remains intact until it is broken by most often sexual intercourse. It can also be broken by activity or the insertion of something into the vaginal canal.

The hymen may stretch on its own or even rupture, during growth and development and be non-existent once a female reaches full-maturity. For this reason, it is almost impossible to use this to see if a female is a virgin or not. Girls who actively play sports or use tampons may not have a hymen anymore.

When the hymen ruptures, there may be bleeding and pain. If the rupture was not due to first time sexual intercourse, a small rupture may heal back to its normal state. The hymen tends to be thinner in children and thickens at the onset of puberty due to hormonal changes.

There are many different things to learn about the hymen and it is very significant in some cultures. Many spiritual and traditional practices look at it as a source of mystery about women. There are also practices that can be looked upon as harsh. For a woman to give her husband her virginity on their wedding night is a very honorable thing in almost every culture. In previous history, medical examinations were used prior to marriage to “prove” virginity. This is no longer practiced, as there are so many factors that could render the hymen absent or it may never have existed at all in a female from birth.

In recent times, there has been an increased in hymen repair surgeries. Since there is a trend in pre-marital sex in recent times, many women have chosen to have it repaired prior to marriage. This may be of personal choice or a moral concern. It depends heavily on personal, spiritual and cultural beliefs whether this surgery should be done or not. 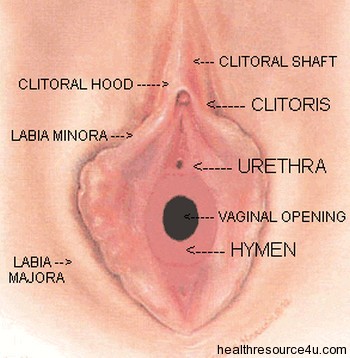 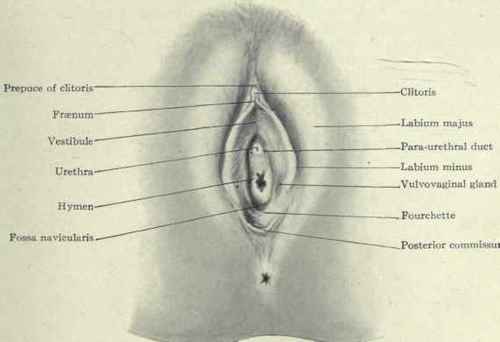 The hymen is located in between the two-folds of the vulva. It does not actually “cover” the opening of the vagina, but creates folds that cause the opening to be very small. As a female grows, the folds of tissue open up, stretch and may even tear during activity. Some girls may notice blood spots in their underwear from this happening.

The hymen comes in many different shapes and sizes. The different types include:

This is the situation where the hymen does completely cover the opening to the vagina. This condition usually goes undiagnosed until a girl enters puberty and her first period and the blood cannot flow out. 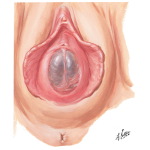 When this happens, the hymen almost completely closes off the vaginal opening. Menstrual blood is able to flow out, but a virginal female may not be able to use tampons. 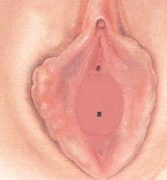 This is when one hymen is split into two openings over the vagina. This condition also does not stop menstrual blood flow, but can block the use of tampons in virginal females. 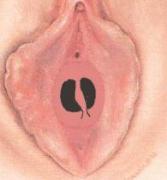 If a female does not choose to use tampons then these conditions usually do not cause issue prior to losing her virginity, but can cause issues during the first sexual intercourse. They are easily remedied with minor surgery.

Surgical Repair of the Hymen

Hymen surgery can be done for a few reasons, either to repair a broken hymen or removing extra hymen tissue that blocks the vaginal opening. Here are the different types of  surgery:

This is essentially a cosmetic surgery performed to repair a broken hymen for personal reasons. The hymen is surgically reclosed to cause bleeding upon sexual intercourse. Some people may choose to do this for personal reasons or out of necessity due to spiritual beliefs. It can also be performed after cases of rape.

This is the surgical procedure used to open a hymen that is imperforate, Microperforate or Septate. Usually an anatomically correct hymen can be stretched and broken during first intercourse or tampon use without too much trauma. The concern is that there is an artery that runs along the side of the hymen and can cause major bleeding. Having a Hymenectomy can decrease the risk of bleeding and allow fluids to leave the vagina easier.

Tips on Stretching the Hymen Naturally

Keep in mind that the hymen can only be completely ruptured by sexual intercourse or use of tampons. Some women may choose to attempt stretching it to make first intercourse more pleasurable. Here are a few tips to help stretch the hymen: