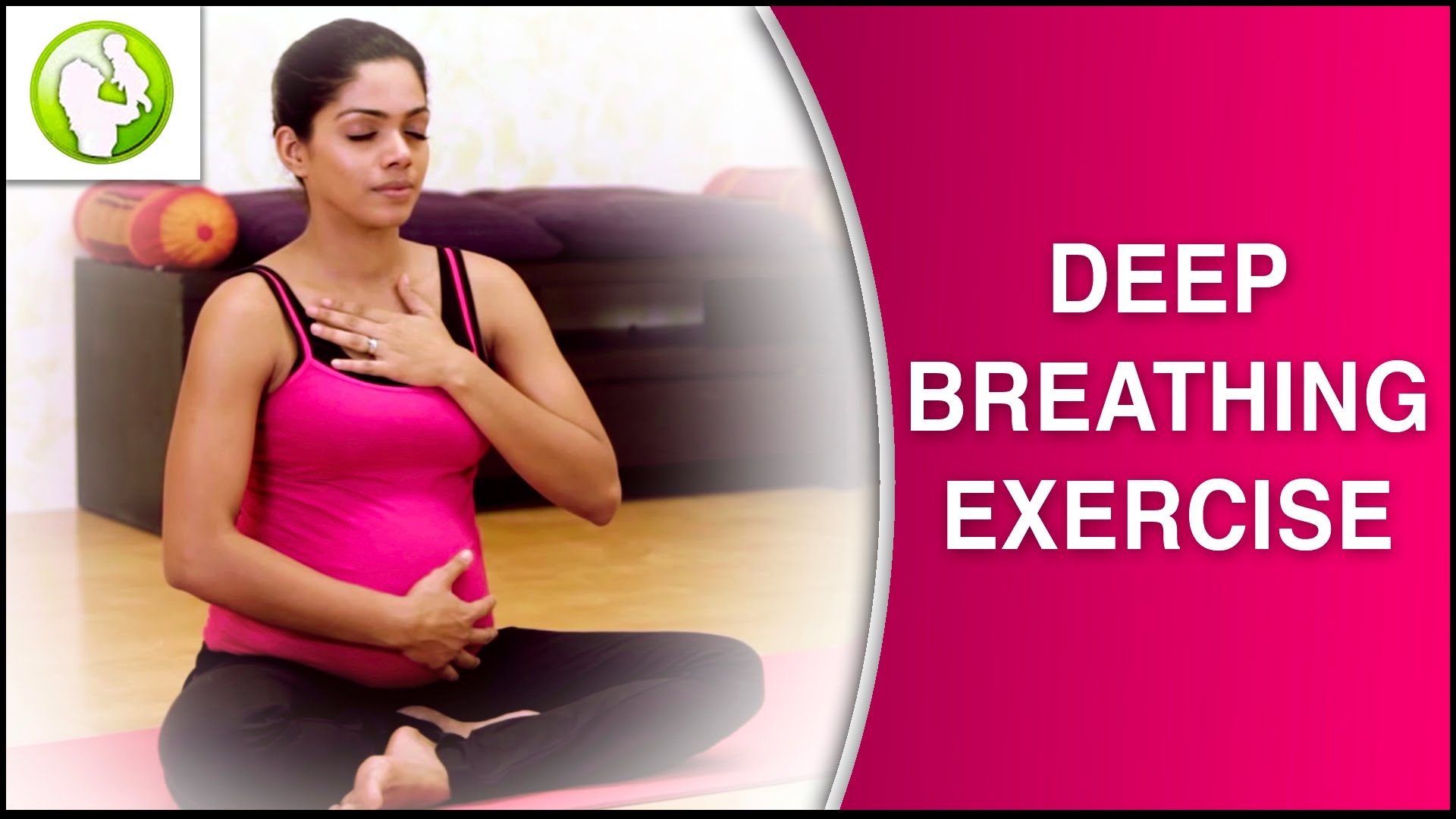 Regardless of whether it is physiological or mental, stressors can take a massive toll on the human body. How can we avoid the problems that arise with high levels of stress? Motivating yourself to meditate or practice yoga can prove beneficial, as it insulates you from the stresses and strains of everyday life. Deep breathing forms an essential part of exercises such as yoga and practices such as meditation. For immediate as well as long-lasting benefits and relief from stress, nothing can beat deep breathing. The manner in which one breathes impacts the entire body. Full, deep breathing is a wonderful way to lower tension, feel relaxation and decrease stress.

This is also referred to as abdominal breathing, and the aim is to develop the complete use of lungs and synchronize the rhythm of the breathing. Check to see which position works best for you. Most people find it comfortable to lie on their backs with bent knees. The left hand should be placed on the abdomen and the right on the chest. Check how your hands move as breathing in and out is carried out.

The lower lungs need to be filled by breathing as the left-hand goes up and the right-hand remains still while you inhale. Fill and empty your lower lungs consecutively. As exhalation is carried through the mouth, perform the opposite action with your hands. Movement of the abdomen and chest need to be like waves that are rolling and moving in rhythmic motion. Roll breathing can make people dizzy the first few times. If there is light-headedness or hyperventilation, breathing needs to be slowed down. Getting up slowly is important so that the body does not undergo any stressors.

This is the type of deep breathing where one gets up first time in the morning for relieving muscle stiffness and clearing breathing passages which are clogged. It can be used throughout the day to relieve back tension. From a standing position, you need to bend forward at the waist with knees slightly bent. Arms should dangle close to the ground. As there is slow and deep inhalation, you need to come back to the original position by rolling up, slowing and lifting the head finally.

This is breathing at the rate of 5 breaths per minute which falls between the resonant breathing rates. Heart rate variability is the ease with which the parasympathetic nervous system functions. The higher the HRV, the more shifts are there in the nervous system leading to a stronger heart and response to stress system.

The process of breathing is the essence of a human being’s existence. It involves contraction and expansion and the constant influx of change. As against other bodily functioning, the breath can communicate with systems to provide a positive transformation. Breathing is the only function of the body that is both voluntary and uncontrollable.

Breath is used to control the functions of the body, over which we generally lack a hold. Breathing can consciously be used to influence the sympathetic nervous system for regulating heart rate, circulation, blood pressure and other body functions.

Breathing process can impact health positively. Rising stress can restrict connective and muscular type chest tissue. This can ensure that there is a fall in chest wall’s range of motions. Breathing can be opted for in a deep way to prevent the ill effects of shallow breathing. Chest breathing lacks efficiency as the most amount of blood flow takes place in the lung’s lower lobes resulting in shallow breaths. Breathing from the abdomen is a way to breathe deeply.

Abdominal breathing (also called diaphragmatic breathing) causes the abdomen to expand. This leads to a negative pressure within the chest leading to air within the lungs. This negative pressure also leads to enhanced stamina in diseased states and athletic activities. Deep breathing becomes a means of increasing energy and can be incorporated into the natural breathing system of the person. If practiced over time, this breathing exercise can increase energy across the day.

Detoxification and Release of Toxins

When you are facing anger, stress, fear or any other negative emotion, this constricts the body. Muscles tighten, and breathing becomes rapid and shallower. When the breathing is shallow, the amount of oxygen required by the body is not received.

Relax and Get Mental Clarity

Oxygenating the brain lowers levels of anxiety. Heed your breathing. Take slow, deep breaths and release the tension in tightened muscles. Breathing creates clarity and brings deep insights to a person as well.

Clear uneasy, negative tension from the body without losing out on muscle strength. Avoid medication because it can have side effects.

Realize the connection between thinking, feeling and experiencing life. When you breathe deeply, while anticipating pain, it becomes easy to overcome the symptoms. Studies have shown that deep breathing can lower pain.

Movements of the diaphragm during breathing exercises massages the internal organs of the body such as the heart. When the air is inhaled, the abdomen expands. Massaged organs experience improved circulation. Controlled breathing is critical for toning and strengthening the abdominal muscles.

Breathing oxygenates the cells of the body. With oxygen being supplied to the brain, muscles in the body rise in volume.

Oxygen travels through the bloodstream. It does so by attaching the hemoglobin to the RBC. This enriches the body for the metabolization of nutrients and vitamins.

Bad posture is the result of incorrect breathing. Breathing deeply over a long period of time to encourage good posture and you will get twin benefits of deep breathing.

Deep breathing cleanses the body and improves the quality of the blood. It removes all the CO2 and oxygenates the blood.

Digestive organs such as the stomach receive increased oxygen and operate more effectively. This digestion is improved because there is more oxygenation of the food.

Brain, neurons, nerves and spinal cord are more oxygenated as a result of deep breathing. This enhances the complete health of the body as the nervous system communicates to different parts of the human body.

Strengthen the Lungs and Heart

Lungs become healthy and powerful due to deep breathing. This provides a good barrier against respiratory problems. Breathing exercises also lower the workload on the heart in numerous ways. Deep breathing leads to the efficiency of the lungs and it also causes a great pressure differential in the lungs, leading to increased circulation and resting the cardiovascular system.

If you are struggling with weight issues or are obese, you can burn up excessive fat more effectively. If you are below the average weight, deep breathing oxygenates and feeds the starving glands and tissues.

Breathing regenerates cells and boosts energy levels as well as stamina. It increases mood elevating neurotransmitters in the brain to combat pain and elevate the mood.

Relax your muscles and feel revitalization and rejuvenation in minutes. This is because the oxygen delivery becomes improved when people breathe deeply and tense limbs become relaxed. This enhances every functionality of the body, and one can notice improved mental focus and physical strength following deep breathing.

As the muscles let go of tension, there is dilation of blood vessels and the BP can return to a normal stage. This cuts down on hypertension and reduces the chances of developing heart problems later.