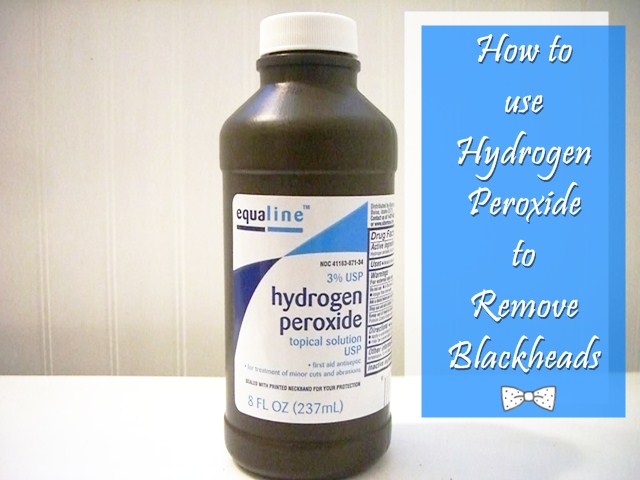 Hey all you beautiful ladies! Today, we shall talk about a problem that is faced by a lot many of you- Blackheads. Are you tired of those ugly blackheads on your face? Are you looking for an easy remedy to get rid of this bad skin problem? If yes, then read on!

Today, there are a lot of products in the market for treating blackheads. A lot of these products may be really heavy on your purse, draining you of all your hard-earned money. But the biggest issue is that even if you use these expensive products, there is still no guarantee that your blackheads will not return. So instead of using these hi- fi products and treatments, you can simply go in for an effective home remedy- Hydrogen peroxide.

In the following post, you will read about the effective method of using hydrogen peroxide for removing blackheads and getting a beautiful looking skin. 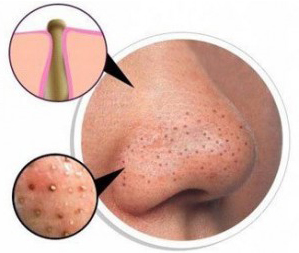 Blackhead is primarily an acute skin condition where skin pores become clogged with oil. Our skin consists of sebaceous glands that secrete an oily substance known as sebum. This sebum is very important for the skin as it keeps it hydrated and supple. However, if this sebum is produced in an excessive amount, it forms plugs in the skin pores by sticking to the epidermal cells that shed off from the skin. 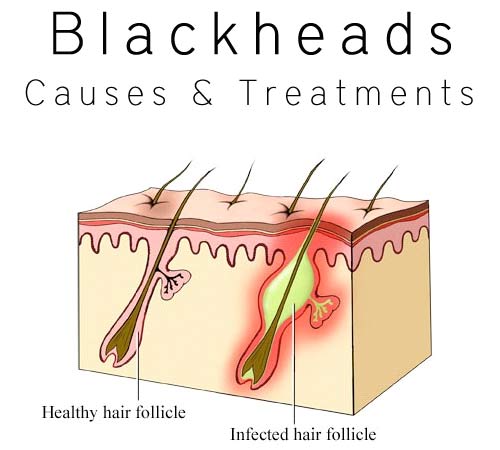 As discussed above, the primary cause of blackheads is fundamentally due to the excessive production of sebum that often combines with the overgrowth of skin cells, which result in blocked pores.

Let us also understand some common reasons for excess sebum production. The hormonal changes that take place during puberty are the most common reason. Apart from this, pregnancy, birth control medicinal pills and menstrual periods might also muddle the normal sebum production. Also, excessive production of androgen hormone enhances sebum secretion in both girls and boys during adolescence.

Some more factors that may cause the formation of blackheads and skin acne are:

Does Poor Hygiene Cause Blackheads?

This is a common query that may cross your mind while talking about blackheads. A lot of people may hold poor hygiene as one of the prime reasons for blackheads. However, this is NOT the case. In general, acne and blackheads are NOT caused by: 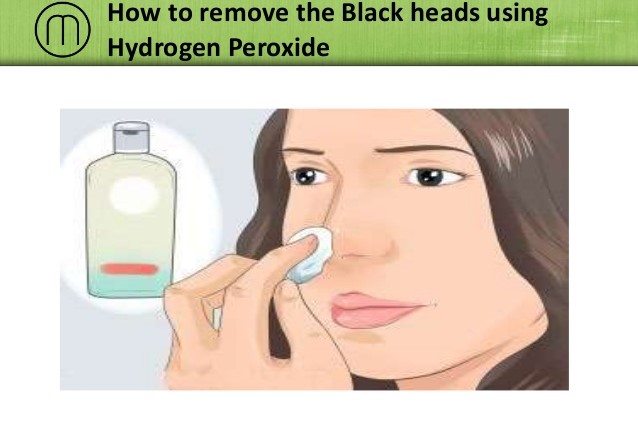 There are numerous blackhead removal products that are available in the market that claim to clear your skin of all the blackheads. Seldom do they work as they promise. What you need for a great looking skin is an effective home remedy that helps you to remove these ugly heads. The best remedy is hydrogen peroxide.

It does not have any side effects on your skin. Moreover, it can be used for all skin types.

What is Hydrogen Peroxide? 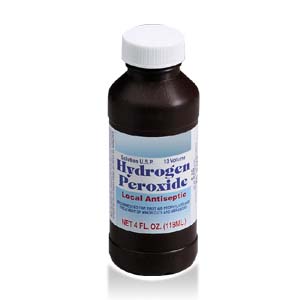 Hydrogen peroxide is an effective chemical compound represented as H2O2. It is basically a colourless liquid that can be easily obtained in its pure form.

Note: Hydrogen peroxide can be obtained in higher concentrations than 3% also, however, that should NEVER be used on the skin.

How to Use Hydrogen Peroxide for Removing Blackheads?

Well, using hydrogen peroxide is quite simple. Just follow these steps and see the difference yourself:

How Does Hydrogen Peroxide Work? 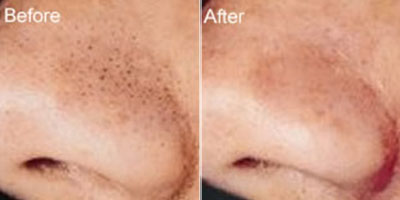 The amazing hydrogen peroxide helps to dissolve the blackheads, thus eliminating them from your skin. Even if there are any blackhead scars, they can be easily removed with this.

Note: It is important to ascertain that you use hydrogen peroxide in a diluted state. If used in a big quantity, it might cause skin irritation, redness or blisters.

Using hydrogen peroxide is a great remedy for treating blackheads. This will give you a brighter, clearer and radiant looking skin.