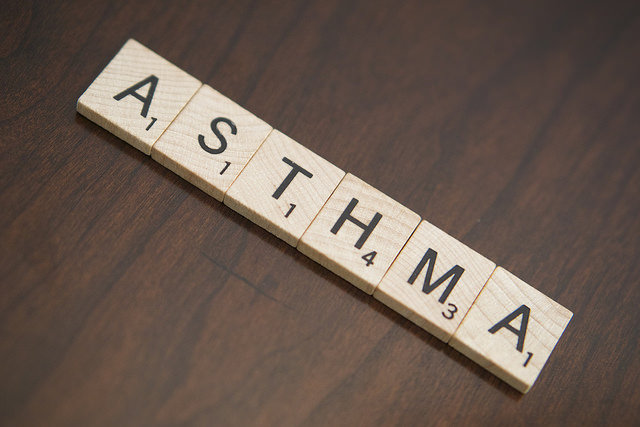 Zinc deficiency is more than a nutritional problem. Research has shown that asthma and zinc levels in the blood could be related. According to the American College of Chest Physicians, those with allergic asthma had a zinc deficiency.

Zinc is a critical element to be used as a supplement along with your diet. Zinc-rich foods are also a good option for boosting development at different stages in life, apart from boosting the immune system and healing wounds. Smell and taste undergo alteration with zinc levels falling below the required amount. RDA or recommended dietary allowance is the amount of zinc you need daily

Low zinc levels are associated with enhanced production of mast cells, B-cells, and basophils that are implicated in the etiology of asthma. A rise in the production of these immune system components has been found to be linked with symptoms of asthma such as:

Asthmatic children have been found to have tiny levels of zinc in the hair and the blood. Researchers are now aiming for direct studies to investigate how zinc deficiency causes asthma or supplements of zinc can decrease the symptoms.

Zinc deficiency is caused by various conditions as well:

The maximum amount of zinc is found in seafood such as oysters. Red meat such as mutton is also a rich source of zinc. Other foods rich in zinc include:

Types of zinc supplements include zinc acetate, sulfate, and gluconate.

Currently available studies point to general health benefits as well as advantages for asthmatic patients. There are many benefits of zinc such as:

Zinc has been found to cut down on toxins and inflammations in the respiratory epithelium. Zinc is an organelle stabilizer and anti-apoptotic agent which stimulates DNA synthesis and cell proliferation, tissue-regenerating process and acting as a source of anti-inflammation.

Zinc is a vital source of antioxidants. Recent studies have shown that zinc deficiency is associated with oxidative injury. Studies to be performed in conducting airways for determining how zinc impacts the respiratory epithelium. Specifically, research up till now has shown that exogenous exposure, leakage from mitochondria and inflammation are implicated in healing and protecting the epithelium.

Zinc ions affect antioxidant presence in the system through:

Zinc has cytoprotective abilities and protects proteins from degradation while stabilizing the membrane of the cells and cytoskeleton. It also protects endothelium cell integrity. It also functions as a vascular barrier. Important for tubulin assembly. it basically acts as a physical barrier protecting the epithelium.

Zinc deficiency leads to apoptosis or cell death and zinc supplements have been found to inhibit caspase-3 to prevent cell death. The central pathway governing mitochondria and associated cells rich in protein is influenced by zinc deficiency. It also acts as a source of DNA synthesis.

Tissue damage due to respiratory epithelium being exposed to destructive substances is also prevented by high zinc levels. Zinc rich creams and topical lotions have been found to speed up healing in wounds and lacerations as well as a lesion.

Zinc is a potent anti-inflammatory agent as well. It inhibits the formation of saccharides of a certain kind in a formation apart from inhibiting activation of a factor involved in activating genes linked to inflammation.

Relationship Between Zinc and Asthma

During the 1980s, a lot of research found that reduced zinc in the hair of asthma patients was indicative of a link between zinc and the respiratory disease. Zinc supplementation has also been found to prevent asthma symptoms from worsening and lower the severity of attacks by checking a hypozincaemia that results from this condition. Bronchial reactivity was also high in those having a diet low in zinc.

Zinc is immunologically critical for good health because it is a trace element needed for cell development, growth, and differentiation. More than 300 different enzymes and 2000 transcription factors influencing the genetic expression of diseases require zinc for regulation. Body growth and development, as well as tissue regeneration, are influenced by the presence of this trace element in the body. Zinc is also a powerful anti-allergic substance that controls the symptoms and severity of airway disorders and allergic diseases like asthma.

Zinc contains antioxidant enzymes superoxide dismutase and glutathione peroxidase which basically protect the airway epithelium. A certain cytokine (Th1) are low in those with asthma and zinc deficiency while levels of Th2 cytokines are unaffected. Asthma and Zinc deficiency are associated with an imbalance between the two cytokines and so are onset of asthmatic symptoms, according to researchers. Allergic-type symptoms, low serum plasma and zinc levels that are found in hair and erythrocyte and low zinc diet are all associated with asthmatic complications.

Thus lower levels of zinc in your blood or hair or even diet are indicative of the risk you have for developing asthma. This respiratory disease has a host of other causative factors as well. These include genetic and hereditary factors and exposure to toxins in the environment.

From pollen to dust mites and pet danders, there’s a large list of factors that cause asthma. Triggers for asthma can include outdoor and indoor allergens as well as cold, flu or illnesses. Food additives and medications of a certain kind can also make a huge difference to the chance of developing asthmatic symptoms. Though exercise has been associated with asthma, certain studies have found that specific types of exercises reduce the incidence of the symptoms.

Chemical fumes and strong odors, as well as smoke, are some irritants in the air which can also cause asthma. Stress and other weather conditions such as extremes in temperature can make a massive difference to the ability of people to withstand the onset of this respiratory disease. Zinc deficiency can increase the likelihood of developing asthma too. A holistic approach is needed to counter this disease, therefore.