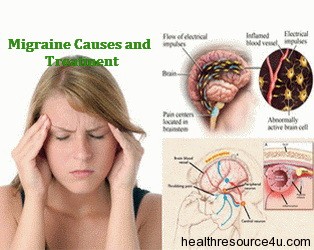 Migraine headaches are the most common kind of headaches usually found in adults. It is primarily a headache disorder, that recurrent from mild to severe. This kind of headaches comes along with various symptoms like puking, nausea, and sensitivity to strong smell, light, and sound. It is being found in many studies that this chronic disease is genetic and usually, it affects one-half of the head. The headache lasts up to 2 to 3 days, and the pain gets worse with regular physical activities.

Almost 20% of a migraine headache is preceded by dizziness, nausea, vomiting and visual symptoms called “Aura.” It has been seen in studies that, the migraine is dominated by Aura approximately for 1% of the total time span. And at that time either there will be a mild headache or no pain, but the duration of aura last up to 1 hour.

Though the causes and the reasons behind a migraine headache are unknown, but there are many theories that unveil the causes, some studies say the neurotransmitters chemical named serotonin is responsible for the recurrent occurrence of a migraine. When the serotonin level fluctuates it changes the blood vessels in the brain, but the reason behind lowering of serotonin is unknown.

Some uncommon triggers for a migraine are high blood pressure, taking some particular sleeping pills, eye strain, toothache, smoking, and boozing. Whereas many women get migraine headaches during their periods, trimester and menopause as well due to some hormonal changes during these times the frequency of a migraine is affected.

A migraine headache can start anytime before the migraine attack sometimes you might get symptoms like lack of concentration, bit tiredness, tendency to get irritated and craving for food.

The usual symptoms of a migraine are:

Migraine headaches happen episodically along with its autonomic symptoms, approximately 15 to 30% of migraine patient suffers from a migraine with an aura.

The four phases of a migraine usually experienced by people are:

Approximately 60% of migraine patients go through the prodromal phase happens2 days to 2 hours before the migraine attack. The symptoms are fatigue, stiff muscles, tiredness, depression, etc. This can happen in people with Aura or without Aura.

Generally, an aura is a transient focal neurological phenomenon which can happen before or during the migraine attack. The phenomenon lasts for less than an hour and the symptoms of Aura can be visual, sensory or motor effects.

Usually, the headache can be throbbing, unilateral and moderate to severe which increase with physical activity. In around 40% cases the pain is bilateral, and it happens along with neck pain. The bilateral pain is quite common in people with aura. The pain phase lasts for 3 to 4 days, and the common symptoms are puking, irritability, nausea, fatigue, sensitivity to light, smell and noise. The other symptoms are frequent piddle, stomach upset, blurred vision, nasal and neck stiffness, sweating, etc.

The postdrome phase can also be called as the after effect of the migraine attack. In this phenomenon people usually feel tired, they could have gastrointestinal symptoms, cognitive difficulties, mood swings and weakness. 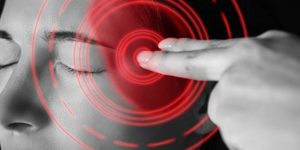 By massaging few drops of peppermint oil into the temples can get quick relief. Being a strong anti-inflammatory agent peppermint helps to sooth irritated nerve endings and also acts as an anti-spasmodic ingredient.

Cayenne pepper acts as an anti-migraine ingredient by enhancing the blood circulation and by improving the blood flow. It contains an ingredient named capsaicin; it acts as a perfect antidote for pain.

A hormone kind of substance known as Prostaglandins precipitates the inflammation of blood vessels present in brain tissues that lead to the migraine attack. Ginger helps to block the secretion prostaglandins though it acts as a remedy for a migraine.

The Feverfew herb is used to reduce migraine attack since ages, as the herb contains parthenolide which is used to reduce inflammation, secretion of prostaglandins and relieve spasm. Feverfew can be consumed by adding peppermint powder along with a spoonful of feverfew into boiling water and then straining liquid after it gets boiled. 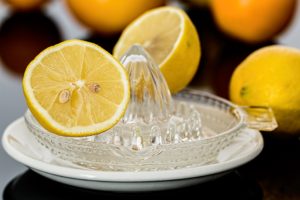 A migraine can be basically divided into two parts a migraine with aura and migraine without aura. So the most common and major types of Migraine are:

The other kinds of migraines headaches are: 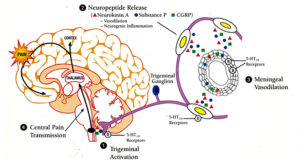 As there is no specific test to diagnose a migraine headache, so the diagnosis is entirely based on the signs and symptoms, one gets during the migraine attack. For diagnosis, the doctor will perform some medical exam and may also ask the medical history. Some doctors might ask to do CT Scan and MRI, but these tests are of no use in diagnosing migraine.

The first step of a migraine diagnose is your medical history so while consulting with your doctor provide all your migraine symptoms in details, your migraine attack history, family medical history, personal habits and foibles like your daily diet chart, sleeping hours, addictions and daily work out details. If possible try to maintain a migraine diary and jot down all the points in it.

Then comes the second step that is the physical exam, in this step the doctor will examine the head and neck. Then the doctor will perform some neurological exercises to examine sensation, strength, and reflexes. The doctor might further examine your coordination, consciousness, type or quality of your headache if you get the regular symptoms of a headache and your short term memory level. Providing the correct details about the migraine attack would help the doctor to diagnose it properly. 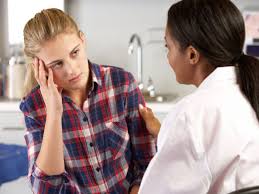 There are different kinds of medicines available in the market that is used to treat a migraine headache but the treatment depends on the symptoms one get during the migraine attack.

If one uses painkillers on a regular basis like 10 to 15 days every month, continuously for three months or more than that, then the effect of the medicine could decrease, and it might raise the chances to have further headaches that are known as “medication overuse headache syndrome.”

There are over the counter (OTC) painkillers like aspirin, ibuprofen, and paracetamol that help to get relieve from migraine headaches. You can also take soluble painkillers over the insoluble one as it dissolves quicker and gets absorbed by the body so that to give faster actions.

If the OTC painkillers are not giving satisfying results, then you could switch to another kind of medicine known as Triptans. But these medicines work in two third of people, as the Triptans control the secretion of serotonin so taking them at the initial stage of migraine attack could turn fruitful. Triptans medicines are available in tablet, nasal sprays, soluble pills, and injections. 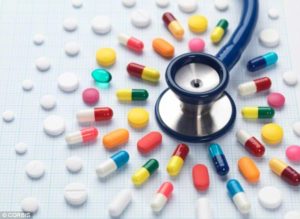 A migraine can be prevented by daily intake of medicines, nutritional supplements, changing your daily lifestyle and by avoiding the triggers that are responsible for the migraine attack. Sometimes overusing OTC’s can spoil its effectiveness and can cause an additional headache so by avoiding overuse of painkillers a migraine can be prevented. Some of the preventive measures are:

You will be surprised to know that BOTOX widely known as a wrinkle fixer works miraculously on migraine. Usually, doctors recommend BOTOX to those who have a chronic migraine and suffer for more than 15 days every month.

People with greater weight have the tendency to get migraine attacks more than those with average, or less weight. So shedding some kilos could help out to reduce migraine attacks.

With every 5 degrees rise in temperature could raise the risk to have a migraine by approximately 7.5%. So try to avoid the sun and heat waves so that it doesn’t affect you with a migraine headache. 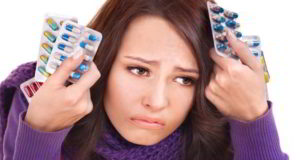 So Migraine headaches are usual headaches that are preceded by some symptoms like puking, nausea and sensitivity to smell, noise and light and lasts up to 2 to 3 days. The triggers for a migraine are stress, sleeping disorder, anxiety, hormonal changes, and some foods.

There are basically two types of migraines one is a migraine with aura, and another is a migraine without aura. To get quick relief from both of the migraines OTC’S and Triptans are useful or otherwise some of the home remedies like apple cider vinegar, ginger, and peppermint oil can also be used at the initial stages.

One suffering from a chronic migraine can also get relieve by adapting some of the preventive measures like avoiding sun and heat waves, living a healthy lifestyle, by doing daily workouts and avoiding the triggers that are responsible for migraine attacks. For more health tips like this stay connected and stay well !!!