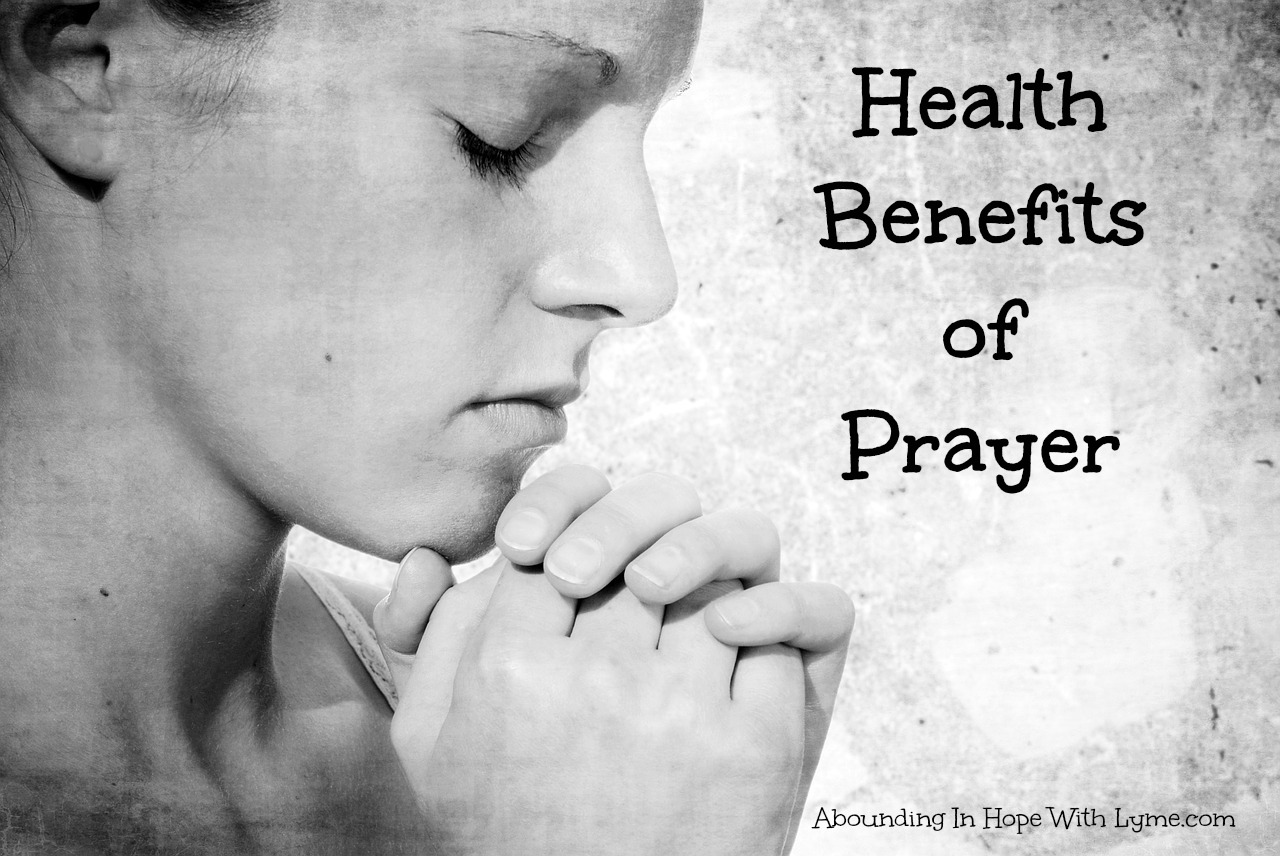 The Power of Prayer: Healing Through Hope

When the going get tough, the tough get going and one of the surefire positive mental health strategies to counter difficult times and negative events is prayer and hope. Prayer and hope heal emotional health and provide medical benefits too. A connection to a higher power instills a positive sense of coping.

Studies on religion as a coping mechanism has found that the impact of prayer is always positive. Psychologist Crystal Park has concluded that people who are active in faith communities may make healthier decisions. According to Dr. Park, the peace and sense of connectedness that prayer offers are positive and calm the cardiovascular system, reducing stress.

A connection to a higher power offers a sense of meaning and connectedness that builds a strong and supportive community. A meta-analysis of 78 studies conducted by Park et al. found that patients with a strong belief system in terms of prayer also had richer social relationships which helped to protect them from crises by offering psychological support. Social support from spiritual connections was also found to improve daily functioning.

A 2012 study on cancer survivors and their caregivers found that prayer and religious activities like choir singing lowered depression and anxiety. Dealing with unexpected or negative events can easier with the support of prayer. Another study found that regular attendance at church and constant prayer lessens depression and grief while coping with the loss of a loved one.

A research study conducted in September 2015 published in Health Psychology found research subjects reporting better life span, more healthy lifestyle and spiritual peace when they were suffering from heart conditions. A 2005 study also found that chronically ill or depressed people had a high level of religiosity and became more optimistic than their peers.

Duke University MD Harold G. Koenig has analyzed the findings of 1500 studies to find that people who pray more and are religious have “better mental and physical health.” They not only escape sickness but also have faster recovery times when they do get ill. 85 studies have shown that regular churchgoers live longer. Scientists also found the believers recovered from breast cancer faster than non-believers, associated with positive recovery outcomes from coronary disease and rheumatoid arthritis. Effect of prayer on recovery from cardiac diseases was also positive.

Better immunity, low BP, and improved cardiovascular health have pointed to the proof of the power of prayer. Religious belief is medically beneficial in many ways. A 2009 University of Texas research study found that length of life span was directly linked to church attendance. There was a 7-year difference in life expectancy between those attending church weekly and those never attending it.

A study of 4000 older adults found atheists were more likely to live longer than the faithful. Religious people lived more than atheists. According to the American Society for Hypertension, a 2006 finding was that church goers had lower BP than non-believers.

Prayer helps to ensure heartbeat regulation and makes you stronger and less stressed. Prayer speeds up recovery from cardiac surgery too.

A study by Columbia University researchers indicates prayer lowers egotistical attitudes and promotes a sense of humility. Prayer brings you closer to a higher power and increases positive conceptions of mental health. Prayer helps us to feel better mentally and socially. Hope in getting through difficult situations is inculcated through prayer. We also escape stress and pressure by remaining focused and centered through prayer. Providing healing, support, and comfort, prayer has been widely researched, and the health benefits of gratitude and thankfulness it inculcates are tremendous.

Hope: Medical Benefits of Being an Optimist

A BBC report found that hopeful and optimistic women live longer. A group of US scientists studied 100,000 women and found those who were hopeful had a lower risk of developing cardiovascular diseases and dying early while the pessimists were high on cholesterol and BP. Being hopeful has led to a more favorable perception of events and the best possible outcome in every situation. In fact, psychologist Martin Seligman found that depression directly correlated with helplessness, hopelessness, and despair.

Hope is a process of being goal-directed whereby the person can find the solution to problems and experience lower levels of stress by promoting happiness to handling difficult emotions. Self-respect and integrity can be enhanced through a hopeful attitude. Effective problem solving, a balanced approach and peace of mind can create a positive attitude and resulting physiological health. Promoting positive relationships and easing communication, hope also helps to bolster the human psyche against limiting beliefs.

Health In Your Hands

Statistics show that more than 150,000 people in 142 countries were healthier when they were optimistic and hopeful. A Harvard study found that positive psychological well-being includes self-acceptance and positive relationships with others. People looking on the bright side have fewer health problems such as heart issues. A survey of 1000 men and women found those with higher hope and optimism were more healthy, whether it is in terms of fat percentage in the blood or triglycerides.

You increase chances of improving your life span as optimists, and hopeful people are less likely to die young. Stave off colds and illnesses with hope and optimism. A recent study conducted by Segerstrom et al. found a correlation between higher optimism and better immune system response.

Optimists don't stress out, and a Quebec study found that optimists produced lower levels of stress hormone during tension-filled movements and perceived less stress even during stressful times. University of Oregon researchers found that better couple relations were associated with greater levels of optimism.

Hope structures the life in anticipation of better tidings. It sets a positive mood about the future. Hope also leads to higher motivation (Snyder, Harris, Andersen and Holleran, 1991) and better problem solving (Change 1998) and better cognitive flexibility (Breznitz, 1986). Lazarus (1999) found that hope as an emotion could initiate a coping mechanism against despair. Having hope is the way to a positive outcome. Insights come more easily with a hopeful attitude, according to research by Dijksterhuis and Nordgren in the year 2006. Angell in a 2011 study found that hope had a strong role to play in placebo effects.

Hope has a positive buffering impact on the human body and mind. Prayer fuels inner strength and better physical well-being. Between the two, both are powerful coping mechanisms for combating chronic illness and attaining longer life spans. Prayer and hope are as powerful as medication in facilitating faster recovery and better lives.