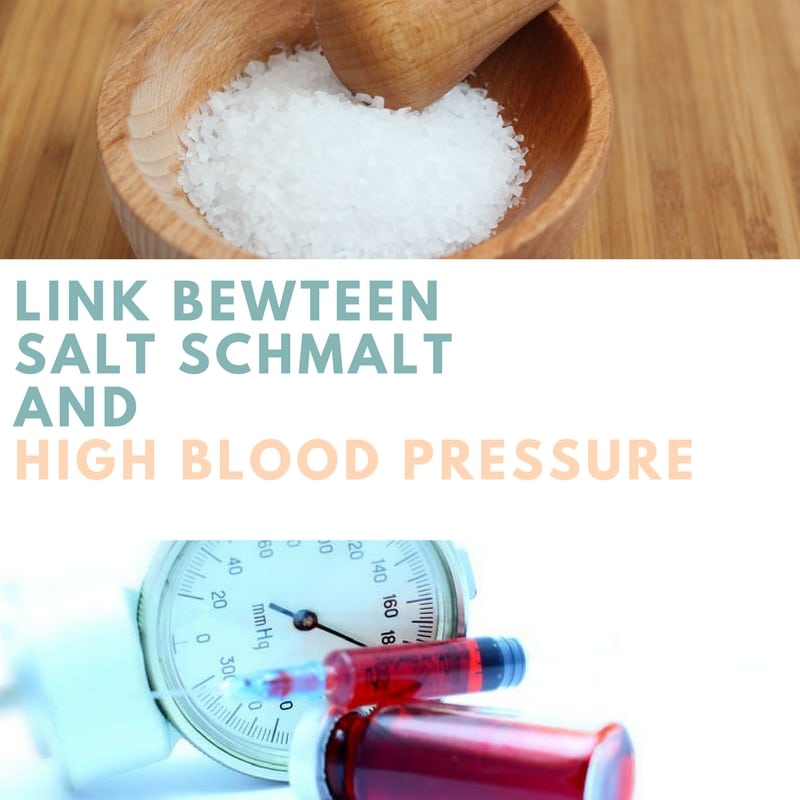 Most health conscious folks know the difference between bad and good fat. While saturated and trans fat is harmful, omega 3, and poly or monounsaturated fats are beneficial for the body. Even understanding the difference between simple and complex carbs is easy. What is way more complicated is the link between salt and high blood pressure. In the present day and age, salt is cheap and abundant. But it was hard to come by for earlier ancestors.

Salary, in fact, is the Latin word for salt! Following the industrial revolution, salt rose in quantity and availability. It acquired a valuable role for preservation f food and consumption soared to over 7 thousand milligrams per day during the 19th century. Salt remains an important ingredient for dishes and enhancing taste. The daily consumption in America is around 3436 mg while the world consumers close to 185-190 million tonnes of this product, mined from the sea and the earth.

Salt and Sodium: A Difference?

Every molecule of ordinary salt is composed of a sodium atom joined to a chloride atom. Therefore salt is chemically NaCl or sodium chloride. As chloride is way more heavier than sodium, it raises the weight of the molecule. When it comes to health, however, sodium is what counts the most, whether it emanates from table salt or other sources such as MSG or baking soda.

As sodium matters most, food labels often list salt percentage in terms of sodium content. This designation is even used by health publications. But salt’s quantity is expressed in milligrams or grams. Many research papers even use milli-moles. Around 1000 mg/1g of sodium is equivalent to 2.5 grams of salt. For the chemist, a salt is a molecule that forms when negatively and positively charged atoms bind to each other. Sodium is the key element of salt, as atoms that bind together include this and chloride.

Why Salt and Sodium Both Matter 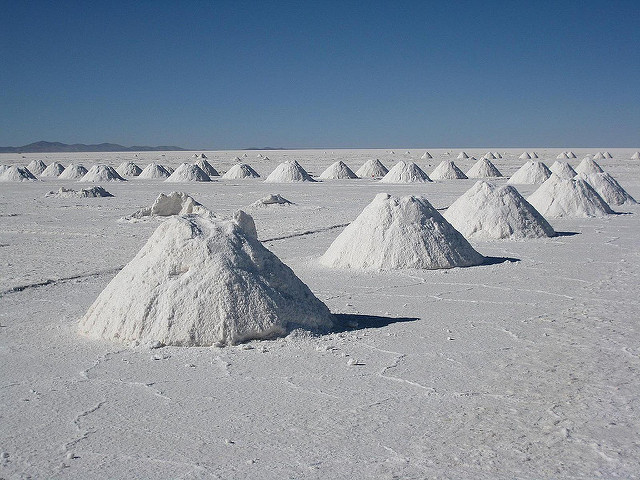 Photo By: AHLN/ CC BY

Salt, however, is essential for health. The average adult body contains 250 grams of sodium which is less than 9 ounces. Salt is an important component in body fluids such as blood, tears, sweat, and urine. Sodium is absorbed from the GI tract, bringing water along with it. A major mineral in plasma, which is the fluid portion of the blood and that bathes the body’s cells, sodium is critical for preventing low blood pressure, dehydration, and death.

It takes just the right amount of sodium for humans to manage well. Around 1/4th of the taste buds of the tongue are devoted to recognition of salt. Salt is sought when it is needed, and when the dietary salt is in less concentration in the body, sodium is actually conserved, reducing the amount secreted and sweated out. Water always follows sodium and this is why you need to understand why your skin is dry and you are dehydrated.

To develop the right supply of salt and water is essential. The body has established a large series of controls. Blood vessels and signals from the brain instruct the kidney to retain or eliminate sodium. The sensation of thirst is present so water is provided in amounts that match the sodium supply of the body. Eating salt may not contribute to high blood pressure, according to present day researchers. But many ancient myths link salt to hypertension.

Eating salt is said to expand the blood volume and signal the kidneys to trigger a cascade of hormonal and vascular effects to raise BP. Sodium is considered one of the many factors that influence blood pressure. But there are many challenges to discovering the link. Dietary calcium, potassium, and other nutrients influence blood pressure, as do exercise, alcohol use, stress, and body weight. Additionally, blood pressure can change widely from one minute to the next. This can have a massive impact on lifetime risk. Sodium consumption further varies from one particular day to another. Additionally, some persons are more sensitive to sodium than others.

The Link Between Salt, Sodium, and BP

Lowering sodium intake does not reduce BP, according to many landmark studies. A long-running study found that most people consume healthy amounts of salt but salt-sensitive people need to restrict sodium intake. In fact, the report by the Framingham Offspring investigation found that having lower than 2,500 milligrams of sodium every day is associated with higher BP.

The study also found that lowering salt intake did not reduce the blood pressure or lessen chances of heart problems or strokes. The lowest blood pressure was recorded among those subjects who had 4,000 mg or more of salt in a day. Moreover, the researchers found that those in the 2500-4000mg range had a more high BP, but this was still lower than the low sodium group. Higher levels of calcium, magnesium, and potassium were also associated with lower blood pressure. Lowest readings were from those who consumed 3717 mg of sodium and 3211 mg of potassium in a single day.

This study was part of the Framingham cardiovascular study. Both were headed by Boston University and National Heart, Lung and Blood Institute. This report directly contradicts the advice from the American Heart Association recommending consumption of less than 1500 mg of sodium in a single day to lower heart disease and blood pressure.

Another meta-analysis of over seven studies involving 6250 subjects in the US Journal of Hypertension discovered no strong link between cutting the intake of salt and increased risk of heart attack, cardiovascular issues, strokes, or death in persons with normal blood pressure or high BP. European researchers in a study published in HAMA found that less sodium meant a greater chance of dying from a heart disease. These findings raise doubts that excessive salt is a bad idea. Evidence linking salt and high blood pressure have always been tenuous but such studies create room for active doubt.

Salt was seen as a culprit in BP by French doctors in 1904. In the 70s, the Brookhaven National Lab researchers claimed salt causes hypertension. But the truth is far from that. In fact, studies pointing to countries with more salt consumption also recording higher BP and chances of stroke were contradicted when genetics or other cultural factors were taken into account.

The correlation between huge amounts of salt ingestion and high BP remains a question. Intersalt, a massive study published in 1988, found that there was no relationship between the existence of high NP and excessive sodium intake. In fact, the population which consumed around 14 grams of salt in a day had lower average blood pressure than those consuming 7.2 grams in a day. In the year 2004, an independent NPO healthcare research study conducted by US Department of Health and Human Service published the review of 11 trials of salt reduction. Low salt diets lead to a minimum reduction of blood pressure during long-term trials. There is little benefit of reduction in salt intake for long-term health benefits such as low blood pressure, according to these researchers.

The direct link between salt and heart disease has not been established either. An American Journal of Medicine 2006 study found that more sodium was linked to lesser chances of dying from heart diseases. A 2007 European Journal of Epidemiology among 1500 persons for 5 years found no link between sodium levels and the risk of coronary vascular diseases or death. 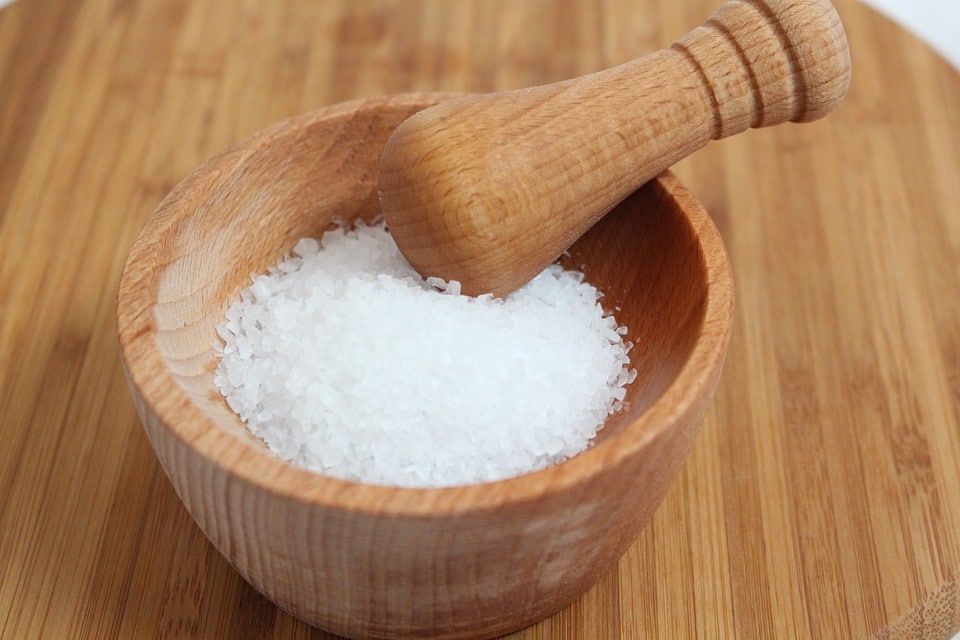 Photo By: One Fox/ CC BY

Every study that suggests a link is negated by those which do not support this contention. Nailing the association is tough because of differences in sensitivity to salt. A number of people who experienced blood pressure spikes from high salt diet and those who experience a drop in blood pressure following salt consumption is the same, according to a 1987 study. The human kidney by design varies the accretion of salt based on the amount ingested. Also, low salt diets have side effects, when salt intake is cut. The evidence of health benefits linked to salt reduction is not without controversies and the concealment of scientific uncertainty is a problem. In 2011, a JAMA study found that there was a weak correlation between salt and blood pressure.

After more than 150 randomized controlled trials and 13 population studies, without any obvious indication of the benefits of sodium reduction, another position is such an effect may not actually exist. A link could not be discovered between elevated blood pressure and salt intake in several studies including the Framingham cohort and Scottish and Japanese reports in the 1980s equalling 15,000 subjects found the link between blood pressure and salt was extremely weak. Many studies did not find an association between salt and blood pressure, but this did not eliminate the stigma associated with the mineral. Judgement and values may have a critical role to play in evidence linked policies.

Science has remained openly skeptical about unmeasured selection bias and confounding in studies to articulate the evidence for the same. A high sodium diet, in fact, has been concluded to have no impact on raising the BP or adverse effects on cardiovascular health. Eating excessive salt has been an issue of concern since the 1960s. Every major government body has indicated eating excessive salt damages the health. Elderly with heart problems are given structured on reducing salt. But the irony is there is no solid evidence that salt raises the blood pressure chronically.

Most health organizations have pushed the notion of low-sodium diets because there are some studies which demonstrate a minor risk of elevated BP with an extremely high salt intake. Salt is associated with osmosis induced changes in blood volume and water content that may cause high blood pressure and hypertension. Studies in support of this contention are now being criticized as people who took low sodium diets also eat other things in a smaller proportion such as low salt. High sodium diet causing blood pressure was an idea which received the support of many organizations such as CDC, NIH, AHA, and others.

In the year 1998, award-winning author Taubes published a debate in the Journal of Science about the science of salt and the controversies that were erupting. More recent studies have found that among diabetics, healthy patients and those with chronic heart failure, those eating salt in the lower limit of the normal range were more likely to have a heart disease than those who ate salt in the middle of normal. Low salt diets either lowers or improves people’s health, but studies seem to suggest that they do the former.

In 2011, the famous Cochrane reviews found low-salt diets offered no clear evidence of controlling high blood pressure. Lack of consistent studies mean only one thing– this debate on salt persists despite the lack of a link with high blood pressure/hypertension.