We all know about the difficulties and sufferings associated with a different type of allergies however what most of you don’t know that these allergic reactions not just only harm or disrupt your wellness but also do something good for you as well. A recent study report suggests that there is an inverse relation between allergies and glioma growth or in more precise term allergy can prevent glioma tumor.

The study suggests that there is a possibility of a reduced risk of a serious type of cancer growth that begins in the brain is more prominent among women than men however men with certain types of allergy profiles too have a lower risk of glioma tumor.

Some scientists make a speculation that the immune system of people with commonly known allergic conditions remains hyperactive than those who are least allergic by health. This hyperactive immune power works as a protective barrier for your body by reducing your risk of gliomas and many other types of cancers.

One of the prominent doctors of the University of Texas M.D. Anderson Cancer Center says that while your body has undergone any allergic reactions your body gets a natural trigger to produce histamine, an inflammation-causing compound that protects your body against pollen, etc. This particular substance plays an important role in protecting your body against gliomas risk.

Allergic symptoms develop when your body’s immune system gets weaken to fight against allergic inflammation and parasite infections. However, this old concept has been rediscovered currently with the emergence of the concept that allergic condition’s symptoms have the potential to protect your body against widespread environmental triggers.

Several studies have been conducted to evaluate the relation between allergy and glioma tumor development and most of the conclusion clarifies that there is an inverse association between these two health conditions. Gliomas are the most common primary type of brain tumors that occurs in adults generally. It is divided into different types and grades on the basis of histologic and molecular patterns.

Glioblastoma multiforme or GBM accounts for about 70% of malignant gliomas and is associated with serious morbidity and high mortality rate. However, a new research report says that people who are the general victim of some allergic health concerns contain much lesser risk to develop this severe brain tumor disease in their lifetime. However, the exact reason for this inverse association is still not very much clear.

In this article, we have summarized epidemiological studies and have discussed vital evidence that clears out the connection between the body’s allergic responses and glioma formation and development. 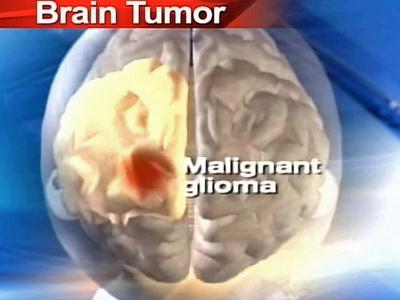 Glioma is rare but one of the most fatal types of tumors. What actually causes this cancer growth is largely unknown. However, the recent reviews and meta-analysis say that an individual with a history of atopic conditions like asthma, eczema, and allergies is inversely related to the glioma risk.

The biological reason behind this inverse connection between these two conditions is considered to be the removal of pre-cancerous cells by the stimulated immune-surveillance due to a highly active immune state found in atopy conditions.

As of date studies that have conducted to evaluate the association between glioma and atopy are not even a dozen. Hence the results of these studies report are still far away from being categorized into an established or casual report. Though this hypothesis is quite intriguing still it is waiting for further confirmations and clarifications that need much more researches or study to be considered before coming to a final conclusion.

Gliomas are a severe type of brain tumor that mostly occurs in adults. The causes behind its growth are essentially unknown. However, the past studies report represent an association between immune system factors and the incidence of adult glioma. Recent studies indicated that people with a certain type of allergic condition have a reduced risk of glioma.

Many studies have been conducted to date to evaluate gliomas growth risk or potential in allergic subjects. In a recent study, researchers took detailed allergy histories of 405 adults who were recently diagnosed with glioma in the San Francisco Bay Area between the year 1997 to 1999 and of 402 age‐gender‐ethnicity based controls.

79% of Eligible subjects or their proxies and 74% of eligible controls were interviewed to get essential information such as their allergies history, age at the time of onset, duration, frequency, and severity rate. The overall study report indicated that with comparison to controls the overall cases reported a very less number or intensity of allergy.

Out of which the dairy, nut, and pollen allergies rate were remarkably less common in overall cases than controls. Moreover, other common allergens used to have odds ratios of even less than one.

Though studies represent a strong and consistent association however further studies must be conducted in order to prove whether an immune system represented by the tendency to allergies or immunologic effects are the allergies itself, that may be efficient to prevent newly developing brain tumors.

The hold of humoral immunity in the central nervous system remains consistent with any of these models. Other possible common genetic or environmental factors for allergies and gliomagenesis may intervene or confuse these discovered inverse risk allergies and gliomas or alternate explanations may found for this.

May be, future studies precisely reveal a crucial role for immunologic factors in gliomagenesis and prevention potential or therapeutic modalities. The connection between glioma growth with the existence of viral agents or humoral immunity to viruses represents evidence of weakening immunosurveillance. Though usually the glioma patients are known to have impaired immune function but these deficits significantly impact cell-mediated immunity.

The immune-suppression in the glioma patients has been linked with the soluble factors secretion that inhibits monocyte and T-cell function. However, it is not considered to impacts the humoral or T‐cell‐independent immune reactions. Moreover in glioma patients, the total serum IgG levels were not found significantly less than those found in healthy persons in a study conducted in India.

Initially in this study, the IgG levels of different viruses other than Varicella found in glioma patients were not identical from age, gender, and ethnicity-matched controls. At present, it is not clear whether the cell-mediated immune deficits that have been extensively studied in patients during diagnosis plays any role in the preliminary stages of gliomagenesis.

Previously brain used to be considered as an immune-privileged body part however now it is found that the brain is effective in supporting strong and extremely coordinated immune responses to intrathecal neoantigens. That means either humoral immunity or cell-mediated can stimulate the initial growth and development of brain tumor cells.

An indirect influence for the association of glioma growth risk and humoral immunity has been discovered from epidemiologic studies that signify the role and support of allergy and some infectious diseases gliomas and other cancers based on past reported history.

Though this study does not substantially evaluate any of the patient’s immune system nature before getting diagnosed with glioma, instead only one aspect of immune system function has been explored through questionnaire data including name and history of allergies. This questionnaire evaluation was done because of a suggestive report of the consistent inverse association between glioma patients and a history of allergies.

In this study report consistent inverse associations were found for both self‐ and proxy‐reported histories of allergic cases with the development of adult glioma. Before this, only a single published study report establishes the relationship between allergies and asthma to glioma tumors. This study was published subsequently as a multicenter study.

In this multicenter study as well approximately the same risk ratios i.e. 0.5–0.7 was found as in the current study discussed in this article. The same ratio level is found in 7 out of 8 study centers which include 6 different countries around the world.

In the multicenter study report, allergic diseases were evaluated through questionnaires such as whether you have ever experienced allergic conditions in your life such as asthma, eczema, and other types of allergies. This particular approach managed to determine the presence of allergy about 20 to 31% at different centers.

However direct comparisons are not possible. To be surprised strongest inverse association of allergy and glioma is found in comparisons of the category having least severe allergic symptoms that include mild symptoms that get treated on its own without medical assistance of about 17 to 24% which is consisting of many subjects that were excluded in the Schlehoffer study.

In contrast to this report, subjects who were reporting more allergies (not severe one) found having a stronger inverse association between allergy and glioma tumor growth. There is clear difficulty in the comparison of the reports generated by these two studies which need clear medical and biologic definitions of allergic conditions in any other future study.

This study was later on published in an international study of approximately 1,200 gliomas and 300 meningioma cases and 2,500 controls that discovered an inverse association between glioma (not meningioma) and allergic diseases (odds ratio [OR] = 0.6, 95% confidence interval [CI]: 0.5–0.7).

There are limitations of this study like on subjects to clear the association between allergies and glioma has some drawbacks. For example, there is a lack of definite biomarker for allergy and there is no precise definition of the pathophysiology of the allergic reaction is mentioned.

The usage of these biomarkers can help in preventing the misclassification caused by the reporting bias especially the uncertainties of self and proxy reported interviews comparison. In this context, it is important to note here that most allergies and asthma though can be considered to represent atopic reactions but mistakenly many other conditions misunderstood in the category of atopic symptoms producers such as food intolerances and chronic respiratory diseases.

This study report only assesses limited numbers of specific allergens especially the airborne ones while ignoring the allergies that usually caused by non-IgE mediums including different food allergies. These limitations create the necessity of more studies in this regard for better clarity of the concept and perception that is newly arrived and stabled by some remarkable studies that there is an inverse relation between allergies and glioma.

So we can say that allergic reactions are not bad for your health many of them are good as well as protects your body against one of the critical disease risks such as glioma tumor, the rare kind of brain cancer. That means allergy can prevent glioma risk, however, this cannot be considered as a final conclusion. More extensive studies need to be done in the future to evaluate this inverse connection between these two health conditions to prove this speculation.