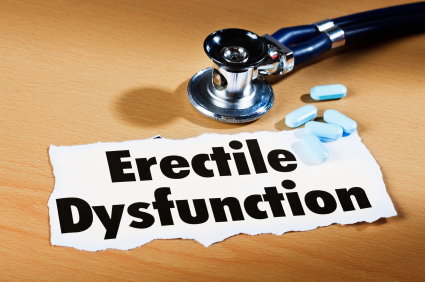 No matter what some sitcoms and stand-up comics might suggest, erectile dysfunction is no laughing matter for 18 million men (plus their partners) in America alone. That’s the bad news. The good news is, for most causes of ED, there are all-natural things you can do to put a little lead back in your pencil. That starts with understanding the most common causes:

Some folks worry so much about their ability to perform in the sack that they can’t perform in the sack. Besides just making it tough to get in the mood, stress and anxiety affect your physiology in ways that keep you from getting it up.

Under stress, your body releases hormones like epinephrine and norepinephrine, which are supposed to help you survive physical danger. One way it does this is by restricting blood flow to your extremities and keeping it in your major organs. Your penis is an extremity, and relies on blood flow to become and remain erect, so those hormones keep your body alive while potentially killing your sex life.

In case you haven’t been watching the news lately, diabetes (and its little sister, high blood sugar) will wreck you. As your body loses its ability to effectively process sugar, fatty deposits begin forming on the inner walls of your blood vessels and restrict blood flow throughout your body. The same processes increase your blood glucose, which can start eating at your nerves.

You might remember from health class (or from earlier in this article) that your nerves and blood flow play key roles in helping you put lead in your pencil when the time comes to write a love poem with your partner.

Though getting an erection is fairly simple from a physiological standpoint, the chemistry behind it is a complex cocktail of hormones and neurotransmitters. A variety of prescription medications can imbalance that cocktail in ways that make getting it up difficult or impossible, while others – for examples, blood pressure and heart arrhythmia medications – affect the physical processes that make an erection happen.

Other medications don’t have a chemical or physiological effect, but can impact your energy, mood or interest in sex in ways that are just as damaging to your sex life as the ones that go directly to your body chemistry. Antihistamines can make you too drowsy to screw, while antidepressants can turn off not just depression, but arousal as well.

Oral inflammation – swelling of the gums that’s the first stage of gum disease – can lead to a decrease in eNOS, an enzyme related to how your body produces nitric oxide. Since nitric oxide is the main chemical agent in erections, less eNOS means more risk of erectile dysfunction.

You read it here first: you shouldn’t just brush your teeth because women don’t want to sleep with men who have nasty teeth. You should brush them because not brushing can limit your ability to sleep with them once they let you.

Your endocrine system is the network of chemical-producing organs that runs the chemical side of your emotions and sexuality. You might remember it as the part of your body that went haywire during middle school and made the next three years a long campaign of ongoing awkwardness. As an adult, the chemicals produced by that system – especially dopamine, nitric oxide and a variety of peptides – are responsible for telling your mini-me what to do when you get aroused.

A lifestyle or environment that puts you in contact with chemicals that disrupt that system can mean frequent loss of erection. Endocrine disruptors aren’t everywhere in the modern world, but you’ll find them in pesticides, insecticides and similar chemicals, and in areas where detergents, resins and plastics are manufactured or used without ventilation. Habitual use of “hard drugs” like meth and cocaine can have a similar effect.

Doctors are still working on why so many people with low vitamin D levels also suffer from erectile dysfunction. The current hypotheses notes that vitamin D deficiency is linked with cardio vascular disease, which is also a frequent cause of loss of erection for the same reasons that diabetes and anxiety can impact the health of your little soldier. Whether or not current research is on track with the cause, or if something else is behind the connection the correlation is well established.

We’re not saying you shouldn’t have a drink or three in moderation. Heck, getting your freak on a little bit tipsy is one of the finer joys of life. But a recent study of 100 men with alcohol dependence syndrome found 72 percent of them suffered from sexual dysfunction of one sort of another. Alcohol is a depressant – and depressants can reduce both sex drive and the blood flow that gives you something to do with that drive. Even if you can get it up, premature ejaculation is significantly more common among problem drinkers than the general population.

A drinking problem can also lead to other health problems you already read about on this list, including stress and anxiety, diabetes and vitamin deficiencies.  Remember: everything in moderation. Except moderation. It’s okay to be an extremist about that.

If you’ve read this far, you can see where I’m going with this. Of these top causes of erectile dysfunction, seven are the direct result of lifestyle choices or come from a condition that’s strongly affected by personal health.

The conclusion is clear: if you’re having trouble getting your soldier to salute, look to your lifestyle. Eat better.  Exercise more. Spend more time with the positive people in your life, and less with the takers and the haters. Go outside. Kill your stress by relaxing and celebrating life with loved one’s.