The cervical cancer is a kind of cancer which develops in the lower part of the uterus known as cervix which is a place where a fetus grows during the pregnancy time. Like other types of cancers, this is also known for its severe and dangerous health outcomes however with proper treatment to control cervical cancer the condition of the patient can be relieved completely.

Cancer can be developed in many parts of the body due to an abnormal growth of a cancerous cell. The same rule is applicable for the development of cancer in the cervix area. In the initial stage of this cancer its symptoms are almost none only when the growth of the cancerous cells is well developed then only its sign or symptom starts to develop.

As soon as the symptoms are detected it needs immediate medical attention otherwise if the condition gets sever due to the fully developed phase of cancerous cell it can also lead to the death of the patient. Pap testing is a well-known test for detecting the cancerous cell. It is suggested by the World Health Organization that each and every lady should go through the Pap test for the early stage detection of the growth of an abnormal cell which might develop into the cancer cell in future.

Cervical Cancer does not reach its final stage suddenly as these cells take a very long time to turn into the cancerous cell completely. This is the reason early stage detection is mostly possible which helps to save the life of a patient with the appropriate treatment process. Only in very few cases, it is found that the cancerous cell develops rapidly around in a year which can be life-threatening too for the affected person.

Symptoms or Signs of Cervical Cancer

The symptoms or signs of the cervical cancer are generally common among all the women who suffer from this malignant disease. However, in most of the cases, symptoms don’t get develops in early stage rather it develops in the mid-cycle stage of this cancer. Below we have enlisted some common signs of cervical cancer disease.

Pain in Pelvic, Back and Leg Area

Pain in the pelvic area is considered among the symptoms of cervical cancer. This pain can range from mild to severe depending upon the development of the cancerous cell. Pelvic pain during the menstrual cycle is quite normal and obvious but if suddenly pain in this part of your body is arising other than the period days then it can be a sign of the growth of the cervix cancer.

If the cervix cancer reaches an advanced level then its cell can develop up to intestine, liver and even the lungs area which can cause pain in the back and leg area. Usually, this doesn’t happen as because the cervix cancer does not affect too many nerves.

Abnormal or unusual bleeding or flow during the period time is the most common sign of cancer in the cervix area. The flow length remains more than usual and even it exists after the end of the period, means bleeding between two-period cycles. Sometimes the bleeding occurs during and after the intercourse.

In some cases, vaginal bleeding occurs after the menopause cycle which simply indicates the symptom of cervical cancer and needs immediate treatment otherwise it can be fatal.

Vaginal discharge is normal which happens in every woman but the type of discharge really matters and an indicator of bad vaginal health. If you are developing abnormal vaginal discharge such as foul-smelling, brown, pink and bloody discharge and chunks of tissue or cell then don’t ignore it at all as these are a symptom of cervix cancer.

If you are suddenly noticing unusual period days, lasting for at least two menstrual cycles or more than that then it simply indicates to your bad vaginal health or signs of cervical cancer. Suddenly period days are lasting more than five days, generally for two weeks or two times period in the same month indicates to the abnormality that requires to be consulted with the gynecologist in order to confirm the actual cause of these abnormal periods lasting days.

Unusual vaginal bleeding causes to decrease in the level of red blood cells and oxygen which ultimately lead to the condition of severe fatigue and feeling of exhaust every time. However this is not the primary symptom of cervical cancer, mainly it generates in the developed phase of this cancer.

Fatigue or exhausting can develop due to some other health condition too. If it is accompanied by the unusual bleeding and discharge then it should not be ignored at all. Your doctor will take the test of your body’s iron and red blood cell level for detecting the reason for your chronic fatigue.

The sudden and gradual loss in body weight is also one of the symptoms of cervical cancer. Though it is not a primary symptom, most probably it is a result of other chronic sign of cervix cancer. The consistent feeling of nausea affect your body growth system and it affects your body weight too by reducing the capacity of your stomach to hold enough quantity of foods.

If you are observing a noticeable amount of loss in your normal body weight approx. 5 to 10% reduction in your usual body weight then consult with a gynecologist as this can be a symptom of cervical cancer.

Cancer can develop in any part of the human body because of abnormal division and growth of cells. Cervical cancer also develops due to the growth of cells lining to the cervix. Normally cells in our body stay alive for a particular time span and after that, it dies.

In the case of abnormal cells, it doesn’t die and its dividing process remains to continue resulting in the accumulation of a mass quantity of cells in the long run which takes the form of tumor. Doctors mainly consider the following reasons or causes of cervical cancer.

The Human Papillomavirus or HPV is a sexually transmitted virus which is transferred through intercourse. There are totally more than 100 HPV exists, out of those HPV thirteen is considered to develop the condition of cervical cancer by leading the growth of a cancerous cell.

Some women give birth to a baby in the very early stage of their life which initially may not cause anything but in the mid-age, it can cause to development of abnormal cells in the cervix resulting in cervical cancer.

More than One Sexual Partner

Women having more than one sexual partner are suspected to develop cervical cancer symptoms or signs. A defected virus gets transmitted through intercourse which leads to the growth of cancerous cells in the cervix area causing cancer in that particular area.

Initiation of sexual activity or indulgence in sex at a very young stage affects internally to the cervical area. In the long run, it can lead to the growth and dividing of abnormal cells which results in the development of cervical cancer.

So many pregnancies and baby births are also considered as one of the primary reasons for the development of cervical cancer condition.

Some women take birth control pills especially small size pills for controlling the unwanted pregnancies. These pills affect their body’s hormonal level badly in the long run and sometimes it also affects the type and flow of vaginal discharge which remains different than the normal condition. This can particularly lead to the growth of cervical cancer.

Other Kind of STD 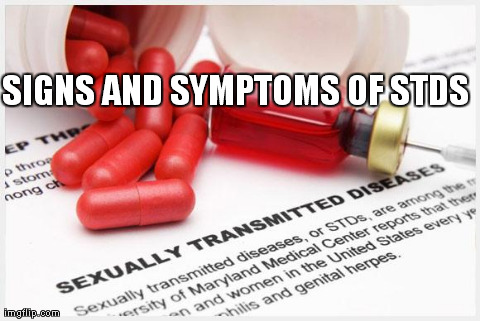 Women who are addicted to smoking are highly suspected of the growth of cancerous cells especially in the cervix area resulting in the development of cervical cancer.

Stress or tension especially if it exists for the longest time or duration affects badly to the hormonal balance of that particular person. It affects to your menstrual cycle too like delay or early period, visibility of unusual vaginal discharge accompanied by fatigue and body pain are some of the side effects of longtime mental stress. This can lead to the growth of cancerous cells in the cervix.

Some special medical condition requires taking immunosuppressive medicines which can further lead to weakening the immunity system of that particular person resulting in the growth of unusual cells in the cervix. These health conditions include HIV or AIDS, transplant or surgery etc. causes to the reduction in the immunity power.

If a patient is diagnosed with cervical cancer then she needs immediate medical treatment as day by day the condition of that particular patient will be worst only if it remains untreated for the longest time. A team of doctors sit together and discuss the complete medical history of that particular patient and about the current health condition which is known as the Multidisciplinary team.

On the basis of discussion, the treatment procedure is finalized at the end. Following treatment options are available for in the medical science for curing the cervical or cervix cancer in women.

Another one is known as brachytherapy in which some radiation source is inserted in the internal organs, close to the tumor for a particular time. In some cases, both types of radiation are needed to be applied as per the necessity.

This therapy is accompanied by few side effects too such as nausea, fatigue, changes in skin, vomiting, diarrhea, irritation in bladder and vagina, early menopause and changes in the menstrual cycle etc.

An Intravenous (AI) tube is inserted into the vein of the patient via a needle or capsule or pills which can be swollen orally. The chemotherapy includes a particular cycle which is conducted to cure the cancerous cells. In this regimen either one drug is prescribed to be taken at a time or as per the requirement combination of drugs also needed to be taken.

The target behind the chemotherapy to cure cervical cancer without the intervention of the surgery process. Sometimes these medicines are needed to be taken after surgery also or for repetitive cancer if any microscopic cells remain untouched causing further growth of cervix cancer.

In the targeted therapy cancer treatment process drugs are used for interrupting the growth of cancerous cells. These drugs are specially prepared for obstructing the ability of blood vessels to develop the tumor growth. Sometimes this therapy is applied in the case of an advanced level of cervical cancer.

Surgery is the last and ultimate option in the hand of cancer surgeons for treating it completely if any of the therapy is not working to cure the health of condition or cancer has reached to a very vast level and needed to be removed for saving the life of the patient.

A younger age woman whose fertility is needed to be preserved gets different surgery treatment with a comparison to an old age woman. The cone biopsy and trachelectomy are applied in the case of small tumors when fertility is required to be protected. In the case of advanced level cancer, the pelvic extension process is applied for removing the uterus, nearby lymph nodes and other surrounding organs which are cancerous.

Cancer is not a small disease it carries the risk of death of the affected patient so any delay or improper treatment can throw the life of the person in difficulty. However with the specialized doctor’s suggestion or reference if the treatment to control cervical cancer is processed then it can save the life of the patient and she can spend her rest of life with a good health condition.