Perimenopause is the transition phase towards the menopause stage of a woman’s life cycle. This is the period when your body prepares for the menopause stage. Though you get period in this cycle, it remains different from the normal period days. Here we will discuss the symptoms and causes of perimenopause so that you can recognize easily when you fall in this stage.

In this stage sometimes period comes after two months interval and sometime you may get your period after six months. Also, the flow at this time is not as consistent as in general period days. Sometimes you observe very lesser flow whereas sometimes you get unusual heavy flow.

Perimenopause is a normal health condition which takes you to your menopause cycle in which reproductive capacity of a women get finished. It mainly occurs in the mid-40s whereas some women reach their perimenopause stage in their mid-30s which is not a very common case. Once you have not gotten your period in one whole year that means you have successfully reached your menopause stage and there will be no further period will occur.

Symptoms and Signs of Perimenopause

When you are getting an unusual period in the context of flow or period timing and gap then mostly the chances exist that you are in your perimenopause phase if your age is between the 40s. The unusual period may occur due to some other health concerns also. So below we have mentioned few essential symptoms of this stage which will help you to understand the reason for your unusual period occurrence.

Hot flashes are one of the most common symptoms of perimenopause stage. In hot flashes condition, a hot sensation occurs in the upper body part. It circulates through face, chest, and neck in the upward and downward flow. It varies in the context of length, frequency and intensity from one woman to another woman.

Irregularity in period is the first sign or symptom of perimenopause stage. In this stage prediction of ovulation time becomes difficult and period in some months are for the shorter period whereas in some months the period length is bigger. Sometimes the flow remains light on the other time the flow remains heavy also in few months you can skip your period.

You observe a disrupted sleep or problem in sound sleep during the night if you are in your perimenopause stage. This most probably happens because of the night sweats or hot flashes. Sleep becomes unpredictable means when you will get healthy sleep and when you have to face sleeping disorder.

In the perimenopause, the estrogen hormone production gets decreased hence the natural lubrication of vagina decreases and it also loses its elasticity which causes pain during the intercourse. The decreasing level of estrogen causes vaginal infection and also urinary incontinence occurs due to loss of tissue tone.

Frequent mood swing is one of the symptoms of perimenopause stage. In this point of time, the irritation happens, and chances of going into depression remain very high, this particularly happens because of sleeping disruption and other issues occurring in this cycle.

In the perimenopause phase, the ovulation remains infrequent and this causes the loss or decrease in conceiving capacity. Still, the chances of pregnancy lie till you get period. So for avoiding the unwanted pregnancy during this phase, you should use any birth control measure until you do not reach your menopause stage. 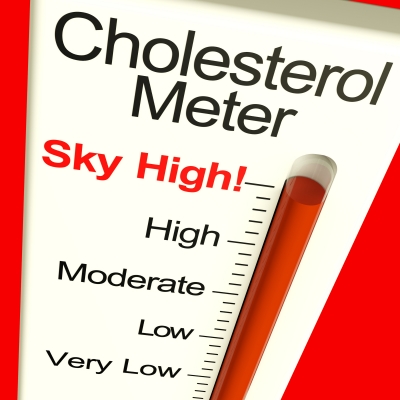 In the perimenopause phase, women start losing their bone density due to a decrease of estrogen hormones production also the chances of appearing osteoporosis disease remains very high which causes fragile bones.

Perimenopause or the transition phase to menopause mainly occurs due to hormonal change in the women’s body and also because of some external factors. Below we have enlisted the causes of perimenopause.

Hormonal level misbalancing affects a woman’s whole body functionality. In the perimenopause phase, the production level of some important hormones gets decreased which are estrogen, progesterone, and testosterone. Initially, the fluctuation in the growth of these hormones occurs followed by the decline in their production later on.

These are the vital hormones and decline in the production of these hormones causes changes in body’s temperature, the decrease in egg release and other health-related concerns. This hormonal imbalance may last for approx. 10 years which lies in between the 40s to 50s of a woman’s age. The chances of pregnancy lie even though you are getting an irregular period. This gets end when you reach your menopause stage.

Due to Chemotherapy or Radiation

The perimenopause symptoms may also occur after this treatment because of heredity issue and other health condition. In this stage, ovary may be affected and sometimes it remains unaffected and works as usual.

In the cases of some genetic diseases such as Thyroid disease or Turner’s syndrome can trigger the symptoms of perimenopause stage and your journey to menopause cycle starts.

Certain health issue of a woman when both of her ovaries needs to be removed to get relived her from the current bad health condition, then also she may start experiencing the perimenopause symptoms like infrequent period, changes in duration and consistency of period are some common signs in this stage.

It is been proved now by many surveys that women who have a smoking habit are most likely to observe early stage symptom of perimenopause. This mainly occurs as because smoking causes the decline in the production of estrogen hormone in an early age of her life cycle causing initiation of perimenopause stage.

Stress causes an imbalance in hormone level of body and this slowly leads to the early stage initiation of perimenopause cycle symptoms.

Perimenopause is the period when your body prepares itself to reach the menopause stage. In the menopause stage your body’s reproductive system functionality which is giving birth to a child get to its end and period occurrence over for the life. In the perimenopause, the irregularity in period and ovulation is starts which is a transition phase to the next stage of a woman’s life cycle.

Perimenopause is just before the period of menopause stage of a woman’s life cycle. In this stage decline in the production of hormone causes many symptoms and health issues which get relived once you reach your menopause stage.

Some women have a misconception regarding the symptoms of perimenopause stage and they consider it as a sign of certain disease whereas the reality is that the menopause is absolutely a normal health condition and all its symptoms are quite natural. In order to assure oneself the symptoms, you are facing is because of perimenopause cycle you can take the help of some test which is mentioned below.

There are some home tests kits with the help of which you can detect whether you are in your perimenopause phase or not. These kits calculate the follicle stimulating hormones in your body. These hormones are produced by the pituitary gland and it varies each month. During the ovulation time, the level of these hormones get increased for producing eggs in ovary and opposite will be the situation when you fall in your perimenopause stage.

One thing you need to remember while testing these kits, if you are using any contraceptive method then this kit will not produce a correct result otherwise these kits show an absolutely accurate result. After taking the test from the kit you can visit a doctor for final confirmation that the symptoms are occurring due to perimenopause stage.

Physical examination of vagina zone is done by the doctor in order to confirm that the symptoms you are observing are because of perimenopause stage. Through physical checkup, the doctor will detect the pH level which primarily confirms the menopause cycle.

In the normal stage or in the reproductive time of your life the pH level remains 4.5 whereas during the menopause the pH level raised to 6. The doctor will also ask about the frequency of your period occurrence and other symptoms such as hot flashes, lower sex drive, stress, irregular weight gain, vaginal dryness etc. which enables him to confirm the symptoms of perimenopause.

The blood test is suggested by the doctors to confirm the perimenopause symptoms. This test measures the estrogen and follicle stimulating hormone level in your body. Blood test reports provide a most reliable result for confirming the symptoms that you are noticing since few months.

This test is conducted by taking the sample of interior tissues of the uterus for confirming uterine cancer as an irregularity in the period cycle may occur due to vaginal cancer.

If you have also started observing the symptoms of perimenopause cycle then try some effective and natural remedies to get rid of these symptom’s issues.

For getting rid of early stage perimenopause you should stop your smoking habit. Smoking tends to increase the quantity of carbon monoxide in your bloodstream every time when you smoke. The carbon monoxide is harmful to the estrogen hormone and it reduces the growth of this hormone.

Apart from affecting to estrogen it also causes to occur hot flashes, loss of bone density etc. which are all perimenopause symptoms. So stop your smoking habit and stay fit longer.

Daily exercise habit keeps a woman healthy and away from many diseases and it delays your perimenopause stage. Everyday minimum 30 minutes workout is enough to maintain your bone density and manages the perimenopause symptoms.

Jogging and walking can also be preferred if daily exercise is not possible for someone. This will also give strength to your body just like the other exercise practices.

Yoga is the most suitable way to manage perimenopause symptoms. It relieves all the symptoms of this stage and protects you from the harassment you might have to face at this stage like sleeping disorder, hot flashes, loss of bones, mood swing etc

You get feeling of relaxation and peace when you start practicing yoga forms or steps.
For doing yoga you can join its classes in any yoga center or you take the help of youtube tutorials which teach numerous forms of yoga for healing different health conditions.

Manipulation in the diet is important in order to manage the perimenopause symptoms. Starts eating healthy foods that can improve your bone health, mood swing, hot flashes and other concerns at this stage. You can include in your diet more soy products, Vitamin D containing foods, black cohosh, ginseng, wild yam, tea prepared by dong Quai root extract, pine bark extract etc.

We hope the symptoms and causes of perimenopause described in this article have cleared your concept regarding the condition of this stage and you won’t get panic if you fall in your perimenopause cycle.