Vaginal yeast infection is also known as vaginal candidiasis caused by an organism Candida albicans. A healthy vagina has a limited amount of yeast which doesn’t cause any harm to it. However, problems occur when an abnormal growth of yeast happens that leads to vaginal infection. However, you can combat yeast infections naturally with Pau d’Arco which is emerged as an effective remedy in recent years.

Though you can get several over the counter creams and suppository to treat this health issue, they often come with side effects risk or doesn’t relieve this issue completely. Here in lies the importance of natural remedies which are not only cost effective but also safe and as well effective in treating your condition from its root.

On an average 4 out of 5 women faces vaginal yeast infection issue at a certain point of time in their life which comes with many mild to severe symptoms. Some common symptoms of this vaginal infection include irritation, itching, burning, discharge and pain during urination and intercourse.

Yeast infection occurs in the vagina and vulva (tissues lying at the opening of the vagina) which makes the affected person restless and uncomfortable. A person affected from this infection contains the risk of recurrence of this issue in the future if proper treatment is not given on time or certain preventive measures are not followed to prevent its recurrence risks.

Pau d’Arco is a herbal medication used in a dietary supplement form. It is derived from the bark of several species of tropical trees grown in Central and North America. This medicinal herb is rich with an antibiotic, anti-inflammatory, and many other vital properties which make it an effective medication for treating several health issues including, arthritis, cancer, dysentery, intestinal inflammation, and vaginal yeast infection.

Though this herbal medicine is used since long pasts in traditional South America’s medications due to its effective healing property, it is getting recognition worldwide in recent few years. 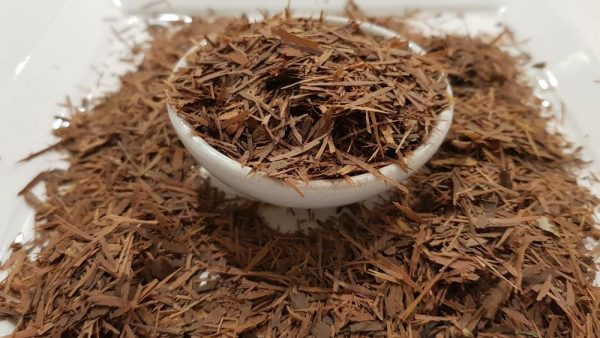 Pau d’Arco contains many medicinal properties which make it effective for treating different health issues including yeast infections too.

Pau d’Arco contains therapeutic compounds so it is found very effective in treating many inflammatory conditions and diseases. As per the researches, this herbal medicine increases the effect of some proteins which works as an anti-inflammatory substance in the body.

This is the reason Pau d’Arco is found effective for relieving gut inflammation. Apart from this, it is also beneficial for healing certain inflammatory diseases such as osteoarthritis.

Pau d’Arco contains some active chemicals known as naphthoquinones which have an antifungal effect. Out of these active chemicals, lapachol and beta-lapachone are the strongest compounds that help to kill numerous species of fungi, bacteria, parasites, and viruses.

So when a dietary source of this herb is taken by a victim of yeast or candida infection they get drastic changes in their condition as because the active antifungal compound existing in this herb is toxic and resistant to all harmful organisms including yeast and bacteria that lead to infection in the body. Also, it prevents the further growth of these fungi.

It also works as an active detoxification agent in your body hence helps in clearing or flushing out all existing toxins which can cause measure health issues if not cleared on time.

It helps to loosen bowels for a faster and easy bowel movement which is vital for healthy gut health. Also, it improves the elimination process of fecal matters. By improving the exposure of Candida yeast to its antifungal compounds or to your body’s immunity system it inhibits its further growth.

Both lapachol and beta-lapachone compounds of Pau d’Arco are highly toxic in nature so they are harmful to pathogens. One test tube study shows that this herbal medicine is effective for killing bacteria such as E.coli. Because of its antimicrobial property, it is often used for treating several kinds of infections in body such as infection in the prostate gland, etc.

Pau d’Arco herbal medicine is derived from the bark of several species of Tabebuia trees found if Central and South America. This herb contains antibacterial, antimicrobial and anti-inflammatory properties so it is very helpful to combat yeast infections caused by the fungi naming Candida albicans.

It inhibits the growth of candida and cures this infectious disease of its root. It is capable to kill several species of Candida and other microorganisms which can cause infection and inflammation in the body leading to chronic health issues.

This natural herbal medicine contains two powerful compounds which are rich with antibacterial and antimicrobial properties which empower this herb to kill and inhibit the growth of several kinds of harmful bacteria, virus, yeast and parasite pathogens.

These chemicals are naphthoquinones known as lapachol and beta-lapachone which increases the exposure of infection causing yeasts to this herbal medicine and your own immune system to kill them completely.

Apart from these two strong chemicals compounds, another vital chemical which contains antifungal property includes xyloidine which also has the ability to fight with inflammation and infections causing harmful microorganisms in the body.

Those who want to treat their yeast infection through the help of herbal medications must look for commercially available Pau d’Arco in its different forms. It is prepared with different species of Tabebuia and each one of them has different reactions on Candida.

This herbal medicine fight against Candia in two basic ways. First, it loosens your bowels in a limited amount so that you won’t get a victim of diarrhea, and clears your bowels so that the Candida can be exposed.

After clearing the bowels and exposing Candida it starts its antifungal reaction to the exposed Candida which is possible because of its different naphthoquinones compounds which work against fungi and inhibit the growth of Candida.

In a study conducted on women with chronic yeast infection condition in the year 1992, it was found that when Pau d’Arco was added to their regular treatment regimen their condition was improved a lot within few days and very soon they get fully relieved out of their chronic infection’s symptoms.

This particularly happens because of its special antifungal compound of this herb which is capable to boost your immunity power for self-protection of your body from Candida and its other species which causes infections and other inflammatory conditions in the overall body.

The Pau d’Arco you can avail easily in the capsule, powder, tea, and liquid forms. So whichever form you want to have or use this herbal medicine you can use it as in its all forms it is effective for combating yeast infections with its active interaction with the cell membrane.

Taking Pau d’Arco in its tea form will be the easiest source and way to use this herbal medicine. You can avail Pau d’Arco tea bags in different pharmaceutical, supplement, and other stores under different brand name.

Its preparation process is quite easy. You only need to add 2 tbsp. of the bark into four cups of water and let it steep for 20 minutes. After that let it get cool for an hour and then strain your herbal tea and drink it at least 3 to 4 times a day. Initially, start with one cup Pau d’Arco tea and then slowly raise its quantity or doses up to three to four cups in a whole day.

You may use this liquid for cleansing your infected area to flush out Candida yeast from the vaginal area for treating yeast infection.

You can easily avail Pau d’Arco in capsule form from any medical store or through online sites. Its recommended doses are 2 to 4 capsules of 500 mg that should be taken one or two times in a day.

The appropriate doses of Pau d’Arco capsules depend on the age and weight of the affected person. It is important to read the instructions mention in the manual before using it to prevent any side effect risk with this capsule.

Pau d’Arco liquid form is considered the most effective one in relieving different types of infections and tumors growth with a comparison to its other forms. It is possible because the liquid extracts of the Pau d’Arco are prepared by dissolving the bark of different herbal species trees into alcohol which extracts its potent compounds to the highest possible level.

Resulting in it show immediate effect in combating yeast infection and inhibits different tumor growth. Its recommended doses as instructed by its manufacturers are 1 to 2 ml of liquid extract three times a day.

In recent times one another form of Pau d’Arco is invented which comes in an oral spray form. It is taken through the mouth which is considered very effective in combating a yeast infection.

As it is absorbed in your body with a very rapid effect so it started to produce its antibacterial and anti-inflammatory effect on yeast and bacteria causing yeast and other kinds of infections with a very fast effect.

While choosing Pau d’Arco for combating yeast infection you have to be aware of one thing that this herbal medication is highly effective only in its natural constitution. So be careful while buying its products from the market.

Only trusted and reputed brands should be purchased in order to avoid some health hazard which is might possible if the content of the said product belongs to some unknown chemicals or species etc.

So it is suggested to stop its usage if your symptoms and condition get worse after its use. Under the following conditions, a person should avoid its use.

Consult with a doctor before considering this herbal medication to combat yeast infections naturally with Pau d’Arco in order to avoid health risk and to ensure its best possible benefit for your health improvement with specialist’s recommended doses.