Implantation is the period or stage in which fertilization occurs when a man’s sperm get merged with the woman’s egg. This process lasts for two days in general and a light spotting or blood flow can occur which is a sign of early pregnancy time. In order to understand the difference between implantation bleeding and period, you need to go through this concept deeply.

During the initial fertilization process, the baby remains in the form of cells and grows inside the uterus. When the fertilized egg attached to the wall of uterine it can cause to bleed and sometimes this blood flow gets out from the vagina, which you observe in the form of brown spotting or light bleeding which looks quite different from normal period bleeding.

How to Know Difference between Implantation Bleeding and Period

Bleeding during implantation is a natural phenomenon, even though not every woman faces it but still, it is not any symptom of an abnormal or unusual condition. This is the starting phase of pregnancy when lots of internal changes occur to give place to the fertilized eggs.

So these internal changes inside the uterus cause a very lesser amount of bleeding or spotting normally for two days which is misunderstood by many women as a period's initial days flow. Here we will discuss the main line area which differentiates implantation bleeding to the normal period bleeding.

The kind of blood flow which appears during the implantation time looks absolutely different from the normal period flow. The implantation bleeding starts with the light flow of blood and it remains in the same range of flow till the time implantation lasts whereas in the period times the blood flow starts in light rhythm but after two days the level of flow thickens.

Also in the menstrual or period blood flow, clotting exists whereas implantation bleeding remains light and smooth and its texture remains same until the end. So if you are observing thickness in your blood flow accompanied by the clots then this is not a good sign. Either the thickness of the blood occurs due to period or you have observed miscarriage or pregnancy termination.

In very rare time the implantation blood flow color looks light red this possibly happens at the time when the blood just shed out of the uterine lining. Brown blood spotting or flow occurs because of some stagnant blood in the uterus which is left out in the uterus during the egg fertilization time. Also sometimes this brown spotting accompanied by some bad smell.

The reason behind the brownish or darker brownish color blood flow during the implantation time that because the blood takes time to get out of the vagina and with times it get older and discolored too. Red blood flow is observed in the rare cases and it requires to be consulted with the doctor to better clarify the condition.

The implantation bleeding or spotting remains different from normal period flow inconsistency wise. In period or menstrual cycle, your bleeding will remain to continue until the end of period days whereas during the implantation phase there will be no fix consistency. Sometimes you can observe the spotting, again it might not appear in one day and again may get appear after next day.

In the period days, even the level of blood flow reaches to a lower level but don’t get nil until you reach to the end date of your period which lasts for 5 to 7 days commonly. During implantation sometimes you notice spotting, sometimes light blood and another time you found no discharge.

Also like period, there is no fixed timing of implantation blood flow. It varies from one woman to another. In some women, it lasts only for few hours where as in some women it lasts for two or might be more than two days.

The range or type of cramp or pain due to implantation is completely different from the pain in the menstrual cycle. During implantation, you will feel a very light range of pain whose intensity neither goes high nor it diminishes. Its intensity remains same throughout the cycle at an average rate which is not very painful.

Menstrual or period cycle pain intensity fluctuates at different times and sometimes the period cramp level reaches a good height which is really very painful. However under any condition implantation cramp remains in a moderate and tolerable level.

The reason behind the cramping or slight pain during the implantation process is that the attachment of fertilized eggs to the uterine lining which causes the contraction of the uterine muscles. The contraction in the uterus generates same kind of cramp as the period or menstrual cramp. This cramp may last for few hours to one or two days that varies from person to person.

Remember you should not rely completely on these pregnancy test kits as if the HCG level in your urine remains at a very low level during the implantation time which happens as because it is your initial stage of pregnancy then you can get a negative result instead of the fact that you are pregnant. 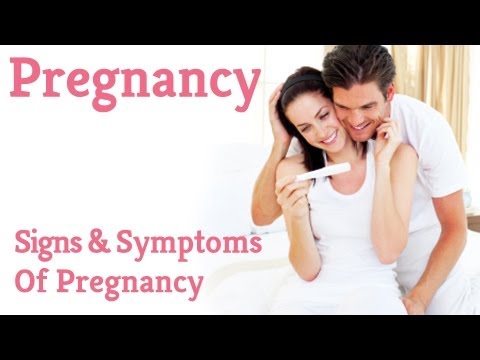 Implantation or early pregnancy phase comes with many symptoms or signs with it. Due to lots of hormonal changes and internal reproductive system changes inside the body, affects to the bathroom habits as you used to have in a normal condition when you were not pregnant.

The frequency of urination and constipation increases to a very high level and in an abnormal way during the implantation phase. So at the early stage of pregnancy if you are observing this sudden change of bathroom habits without any clear reason for all these then consider it as a sign of implantation which reduces with time.

At the initial phase of pregnancy or implantation time, lots of changes appear in the breast of the pregnant lady. Because of internal changes the breast size gets increases, nipples created for baby feeding in the future, soreness, itching, and tenderness appears. At this point of time itching in the breasts is the primary reason of concern as it is really very irritating and doesn’t get relieved easily. You can take the help of gynecologist who can relieve your current breast-related problems with the medications.

Nausea and vomiting are considered as the most common symptoms of pregnancy. If a woman remains in her implantation phase or early pregnancy time then morning sickness or illness happens frequently.  Apart from sickness, the second sign of pregnancy is the frequent vomiting which lasts for minimum three months. These are the natural phenomena of the initial phase and don’t indicate any internal health problems.

Due to implantation of a new baby in mother’s womb, a newly pregnant woman experiences lots of internal changes which affects to her body’s temperature and this causes her to face nausea, vomiting, sickness in morning time etc. which are quite obvious.

Mood swing or changes in mood happens on a very frequent basis during the implantation phase. As during the early pregnancy time, lots of hormonal change occurs which affects both internal as well as external health and this reflected in the way of mind swing or changes. This is the reason a pregnant lady sometimes feel happiness whereas at another point of time she feels sad.

Is the implantation bleeding normal and common to all?

Yes, Implantation bleeding is very common and approx. 1/3 of the women experience this type of bleeding. This is a sign of early pregnancy and of normal health condition.

What is the major difference between the Implantation and period?

You can differentiate to the implantation bleeding with the period blood flow with respect to its color, texture, smell, consistency, and flow. Also, the major difference between the implantation flows to period flow is that it lasts for two days in an average whereas period lasts for minimum 4 to 5 days.

What is the time of implantation bleeding occurrence?

How to recognize implantation bleeding if I develop an irregular period cycle?

If you develop an irregular menstrual cycle then you need to notice some important dates and time if you are trying to getting pregnant. An implantation bleeding or spotting occurs after the five days of conception or maximum you will develop implantation spotting after seventeen days of conception. If you will remain aware of these facts then without any pregnancy test you will get to know about the pregnancy if you are really pregnant.

No, spotting or light bleeding for few days is not a sign of pregnancy every time. Like if you are observing a spot or light flow just after the few days or after a week of the period, it doesn’t indicate that you are pregnant. Always final medical test or home pregnancy test kit should be considered as the final decision maker in regard to getting assured pregnancy news.

Can I take a pregnancy test during the implantation phase?

Yes, you can take pregnancy test via pregnancy test kit during your implantation phase. But as you are in your initial phase of pregnancy so chances exist that the HCG level in your urine might remain in a very less quantity which is an indicator of pregnancy and this can generate a negative test report even though you are pregnant. So it’s better to wait for few more days for getting the accurate report.

How long the implantation bleeding or spotting will last for?

Implantation bleeding can last for few hours to maximum two days in general whereas it is seen that in some rare cases this kind of bleeding lasts for more than two days. This differentiates it with the normal period flow which lasts for minimum 4 to 5 days.

How long the implantation cramps last?

Implantation cramps occur due to the contraction of the uterus which usually lasts for few hours to maximum three days until the process gets completed. So it may last just for 3 to 4 hours or maximum 2 to 3 days. If you are observing a pain which lasts for more than three days that means it is not a normal spotting and medical checkup is required to find out the real cause of spotting.