Diabetes is a chronic health condition which is the most common health issue around the world for both the genders. Though complete reliving is till date not possible once a person gets a victim of this chronic condition and needs a lifelong dependency on medications. However, with the new innovations in diabetes care , the life of its patients becomes simpler as well as it has provided a self-control weapon in the hands of diabetics.

The worst part of this health issue is that it affects the overall health of the affected person if remains uncontrolled for a very long duration leading to the growth of many severe as well as life-threatening health issues like cardiovascular diseases, kidney diseases, high level of cholesterol, hypertension etc.

The only thing that is needed to fight with this disease is its constant care which requires continual support from the side of the patient itself and their caregivers such as their friends and family members.

As per the symptoms and intensity diabetes is divided into two types one is type 1 diabetes and the second is type 2 diabetes which is the most common type of diabetes around the world.

Medications, insulin, and diabetes tests are some common part of the treatment process of this health concern along with highly restricted diet routine constituting of both food type and their quantity.

Any failure in adhering these treatment and care process can immediately affect the diabetes level leading to high or low diabetes level which is a complicated condition and requires immediate medical help and attention.

So to ensure a stable diabetes level several technical and smart devices and therapies have been invented in the medical department in the last few decades and still some of them are in progression phase.

The purpose of these revolutionary monitoring devices, new therapies and technologies are to make the life of a diabetes patient more comfortable one and ensure self-control lifestyle.

Below we have mentioned some smarter highly advanced technological devices and mechanisms that ensure optimal glycemic control which every diabetic should consider to keep with them in order to keep their diabetes health in check.

In order to control and relieve the symptoms of diabetes diseases, the invention of smart insulin is really a very efficient move in medical science. The concept of smart insulin includes self-check plus self -respond feature in this type of insulin.

Due to the existence of this feature the insulin takes self-decision by trigging or sensing the current glucose level in blood. As per the existing glucose value the insulin releases whenever its necessity occurs after its first activation.

The concept of smart insulin was first initiated for its research and invention by a charitable organization naming JDRF under the observation of a company naming SmartCells. In the year 2016, the very first phase of smart insulin trails was completed by SmartCEells under the supervision of Merck who acquired it in the year 2010.

However, in the lack of success in the first trial, the research process was terminated for a temporary period. This research took a boost again when JDRF decided to give support to Sanofi by giving it financial support.

All total four types of research have been conducted for the development of smart insulin concept to control the glucose level in the body in an automated technique. Out of these researches, two of them were prioritizing to the biochemically engineered glucose-responsive insulin concept.

The other two groups of researches were focusing around the invention of glucose sensing nanoparticles and insulin delivery based on glucose responsive concept through the polymer encapsulation.

These researches have made remarkable progress in its field however for its development still further researches are taking place to make the functionality of smart insulin much easier and advanced. 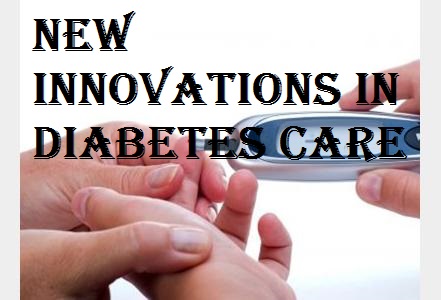 The invention of inhaled insulin has changed the conventional concept about insulin by making it much more convenient, comfortable and fast responsive especially as meal insulin.

The Afrezza is one and only inhaled insulin currently available in the market which is FDA approved in the year 2014. However, it has not gained as much popularity as it should because of the lack of understanding in people about its usage procedure and general phobia for a needle among people.

One important challenge that obstructs the popularity of Afrezza in diabetics that its heavy cost, for its processing or deep lung absorption process, it requires periodical checking of lung functioning and risk of variations in pulmonary absorption in the cases of lung infection is another drawback.

The usage of Afrezza is also linked with the slow but continuous reduction in lungs functions which was proved when the usage of this insulin stopped, shows a definite improvement in the lungs functioning capability.

Moreover, the invention and development of one important molecule necessary for releasing and absorption into alveoli is not so easy and includes many challenges in its production.

To subside the basic and common loopholes of Afrezza such as changes in cough and lung functioning another inhaled insulin is invented by the Dance Biopharm. However, still necessary evidence is not there to confirm its effectiveness.

The smart insulin pen remains loaded with multiple features of a smartphone such as Bluetooth connection, automated data calculation, and storage feature as well as automatically info. sending feature through messaging to approx. 5 recipients at a time.

The invention of this smart insulin in pen form has made the life of a diabetic much more comfortable as well easier and safer than before. Now no single smart insulin pen user can misguide his or her clinicians as its smart application sends an automated message to them whenever the concerned patient eat something, take even a single dose of insulin and their current insulin temperature.

It stores and reflects your glucose level over a period of last 24 hours in an accurate form. Also, it calculates total doses of insulin taken in a day irrespective of blood glucose level.

Apart from this, it is loaded with smart reminder features and benefits for its users as well as their caregivers. For example, it gives a reminder for the missed insulin doses during the meal to prevent complication by keeping you on track all the time.

The Bluetooth insulin pens are FDA approved diabetes care innovation since the year 2016. However, still, it is in the progression stage to include much more advanced and well as more developed features in it.

The necessity of continuous monitoring of blood glucose level gives the emergence of more advancement in the Continuous glucose monitoring system or CGM.

These four existing CGM systems include the Guardian Real Time, the Dexcom SEVEN, the Freestyle Navigator and the GlucoDay. Out of these, the first three CGMs are based on needle system and the fourth one works on the principle of the sensor system or microdialysis type sensor.

These CGMs calculates glucose value on the basis of glucose-oxidase reaction. This advanced glucose monitoring system is very beneficial for type 1 diabetes patients who have to take fixed doses of insulin. For type 2 diabetes patient who is on some more complicated stage and needs insulin doses their treatment process get easier with the invention of CGMs.

However, it is seen that CGMs is more effective for patients are already motivated this is the reason for the group of patients which include children and adolescents this was not proved very effective. Still, we cannot neglect or omit all the advanced feature and benefits of CGMs for the diabetics.

In spite of higher advancement in the CGM system more than the average diabetes patients around the world trust and rely mostly on Self Monitoring of Blood Glucose or SMBG system.

There are several reasons lies behind this particular choice and decision, out of them, heavy cost involvement in CGM system is the bigger one. The necessity of multiple time usage of this advanced glucose monitoring system compels its users to avoid or skip some of the GM in a day.

Though there are efforts for reducing the total cost involvement along with CGM usage are in process but still, it has not gained any drastic or noticeable success in its endeavor.

Moreover, the accuracy factor with SMBG system is one more important thing that compels people to choose it over the CGM system.

The concept of artificial pancreas invention arises out of the necessity to control and cure the health condition of type 1 diabetes patients whose insulin-producing cells are already damaged.

Type 1 diabetes is a very critical form of diabetes and it is not as common as type 2 diabetes throughout the world. It’s patient’s condition can get complicated at any point in time in the lack of necessary level of insulin in the body.

However, the invention of a fully automated artificial pancreas is a great relief for these patients as it calculates the level of glucose in blood automatically and accordingly releases necessary amount of insulin in the body just like a healthy pancreas do or react in this situation.

Though this concept is still in processing phase till the time, the partially automated pancreas has been invented which is found very effective in controlling and relieving the symptoms of type 1 diabetes and to keep their condition in a stable position.

In the immunotherapy, the target lies to prevent the damaging of these cells so that the condition of the patient can be kept under controlled by saving remaining healthy cells.

In this context as early as the detection of diabetes type 1 is possible it’s better for the safety of the concerned patients to prevent further cells damaging and complications risk.

Type 1 diabetes is one type of autoimmune diseases in which your body’s immunity system instead of protecting your body and health started to attack the healthy cells in the body such as insulin-producing cells.

However, the application of immunotherapy in the form of vaccine and drugs to ensure that remaining insulin-producing cells could be protected by destroying responsible immune cells is a great relief.

Though the immune therapy is still in the clinical trial process still whatever immune drugs and vaccine are invented so far has shown a very positive response in protecting the remaining healthy insulin-producing cells within 6 six months after the detection of this chronic health condition.

Though cell therapy for curing type 1 diabetes patients is in its processing stage, once it will be developed and invented fully it will be a great relief for the complete cure of these patients.

The aim of this therapy is the replacement of already damaged insulin-producing cells in the body with healthy cells so that the patient’s body can live a normal life by normally releasing necessary amount of insulin as per the necessity and requirement in body regardless of blood glucose level.

It’s really very tough to live your life with as chronic disease as the diabetes especially type 1 diabetes. However, the above mentioned new innovations in diabetes care have not only make its cure possible but have also ensure the life of these patients much more better by ensuring less complication and complexity in their lifestyle.