You are here: Home / Diet & Fitness / Role of Hypnosis in Easy Dieting and Weight Loss 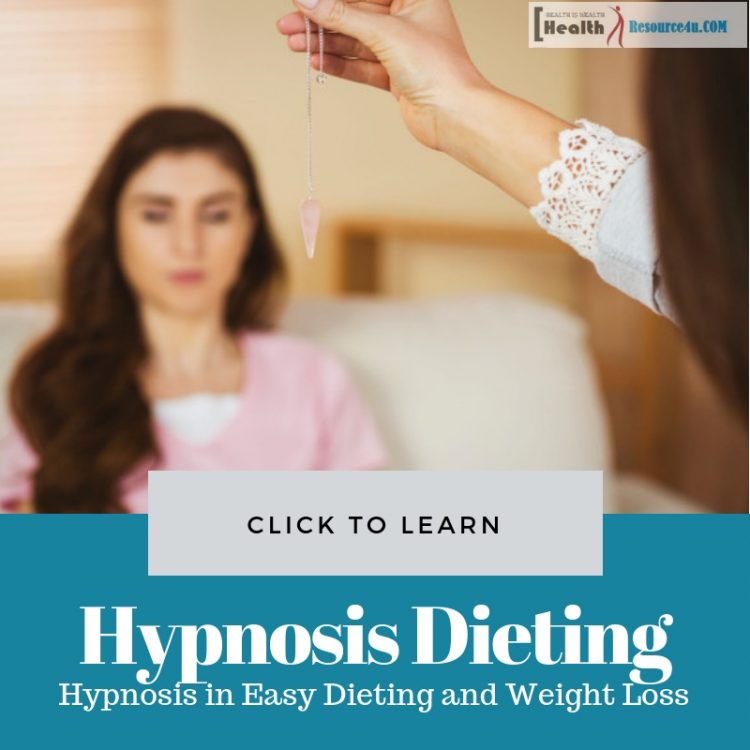 Hypnosis is a popular therapy which is commonly used for dealing with several mental health concerns. It takes a person to the state where he or she gets ready to accept suggestions and new belief by eliminating their old belief which is sabotaging their health. Many people believe that hypnosis helps in easy dieting by raising healthy lifestyle habits.

Though there is no scientific evidence which can prove hypnosis can alone help in reducing weight drastically but yes when it is merged with other weight loss measures like healthy diet routine, workout, etc it boosts their effectiveness.

When a person remains in the hypnotic state their attention level gets highly concentrated and focused and they get highly responsive towards suggestion given at that particular moment.

The hypnotherapists take advantage of this particular mental state and put the necessary belief to change their inner lying stubborn belief and habits for a healthy change.

This mind control technique is very effective to choose healthier habits in life and leave wrong lifestyle habit fully such as alcoholism, smoking, unhealthy diet habits, disinterest for workouts and other good practices.

Once the thought and belief system existing in the subconscious mind of a person is changed via hypnotism it automatically forces the person to follow only healthy lifestyle practices which can help them for losing weight faster.

Some common belief system which is targeted during the hypnosis process for encouraging easy dieting for weight loss includes, eat when you actually feel a craving, listen to your body and stop eating when you feel full, eat mindfully and enjoy every bite.

In this article we will analyze the role of hypnosis for easy dieting and how much effective it is in its endeavor.

How to Use Hypnosis for Easy Dieting 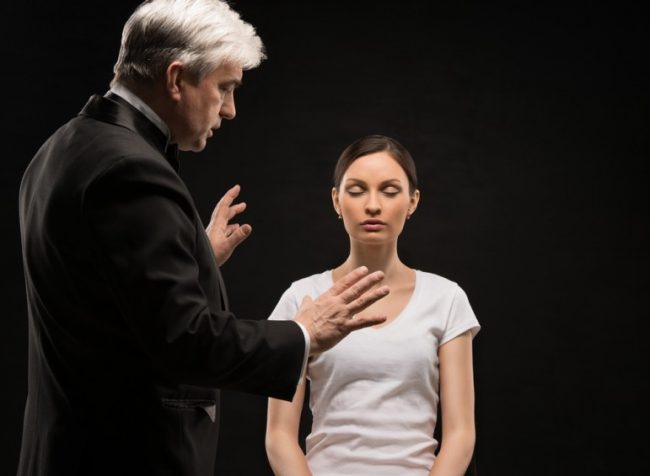 In the long list of many mental health improvements through the hypnosis process, one more is added in this list and that is easy weight loss by establishing more effective and easy dieting habit in people.

As per the popular psychologist of Columbia University, hypnosis itself is not meant for the “diet” rather it works as an effective tool that encourages a person to eat more healthy foods, exercises more and leaves all those habits which play an important role in adding weight in a rapid way.

It helps you to overcome all those barriers that sabotage your weight loss aim such as late night cravings for snacks, the temptation for fried and processed foods, eating mindlessly and lack of interest and enthusiasm for an exercise routine, etc.

Hypnosis helps to build and maintain strong belief so that one can remain stick with only good habits that they are already aware of but faces immense difficulty adhering them due to emotional barriers or emotional cravings.

When we say emotional cravings or eating this denotes a certain situation where people eat unusually without any feeling for hunger or craving, out of their overwhelmed mental emotions such as stress, depression, anger, etc.

This emotional eating plays an important role in adding more fat and weight thereon in your body. The hypnotist can teach you well to deal with such situations by preparing your mind prior, with positive beliefs, strong determination level so that even in the worst situation you won’t forget about your ultimate goal and life target and would not trap into the net of emotional cravings.

Another big role that hypnosis play in the way of making your dieting an easy and comfortable journey is by understanding your inner belief system and loopholes that have made deep root in your subconscious mind and obstructing you to be stick with your diet routine and other important weight loss measures.

This kind of benefit you can only avail through expert guidance and supervision. A hypnotherapist will drag out all the negative thoughts, stress, and establish a positive belief system, mindfulness habits and other positive behaviors that they will think can help you in your way to weight loss.

Meditation which is a vital aspect of the hypnosis process is the basic fundamental tool to control your mind the way you want and concentrate on things which are actually good for you.

Hypnotism will take you to the state where you can feel full control over your thoughts and belief and feel easy to cross all the mental barriers that are sabotaging you in following a healthy diet routine and other vital measures necessary for losing the desired level of weight and keeping it off permanently.

Also by picking the triggers or factors which are increasing the unusual cravings that lead a person to overeat even when they don’t actually feel craving for food, can be neutralized or disarmed forever by setting fully new belief system in your subconscious mind.

Hypnosis develops more mindful technique in you and new behaviors that help a person to deal with life issues and emotions in a very positive manner. It teaches them to separate eating from their life’s emotional incidents.

This is really a very great savior because most of the overweight and obese people are a victim of emotional eating which makes them eat even on unusual time and in a limitless manner whenever they are overburdened with tension and other mental stressors.

With the emergence of hypnosis as a vital tool in encouraging easy dieting habit, many new online hypnosis apps are invented which though make very big promises but hardly most of them are trustworthy.

So instead of spending lots of money for taking a professional hypnotist help, you can help yourself by getting a self-guided certified hypnotist’s audio programs which also works the same way you find during a personal session with a hypnotist.

Hypnosis is a vital stream of medical science which is known for dealing with many mental and sometimes physical concerns as well by training your mind in an expert way so that the self-healing power of body can release.

Though you cannot remain solely dependent on hypnosis for losing weight but yes along with another weight loss measures like practicing a good exercising routine and leaving unhealthy habits (excess alcohol consumption etc.) you can give a boost to your weight loose target via easy dieting with hypnosis’s help.

Hypnosis is a more focused state of mind when a person enters into a trance where they obliged to the suggestions given at that point in time. The subject has limited or almost nil awareness about their surroundings and they get more attentive to words whispered by the hypnotist.

How hypnosis helps in easy dieting and weight loss, there are two popular theories regarding this. Out of them, one theory is known as state theory according to which a person enters an alternate state or level of consciousness through different brain power and function under the control of the hypnotist.

Another theory is known as the non-state theory which suggests that hypnosis is not just an alternate state of consciousness rather the person who is taking this therapy get more responding to suggestion and admits them with active participation in the session.

A person who enters the hypnotic state get more receptive to the suggestions and get ready to adhere to them without any difficulty in their day to day life even after the hypnosis session.

This mindful technique with its powerful influencing nature and the repetitive suggestion have helped numerous people to get rid of many wrong lifestyle habits. For example, it relieves from addictions, treats allergies and many incurable diseases, depression, anxiety, retrieves old forgotten memories, etc.

Also, it develops more positive behaviors and changes in the person who is taking this therapy. The hypnotist has full control over your mind for the time being and they ensure that you grab all their suggestion.

For people who are struggling with excessive weight and getting immense difficulty in adhering a healthy diet routine are given some suggestions during the hypnosis session such as “I will eat only when I will feel hungry”, “I will eat more mindfully, slowly and peacefully”, “I will listen to my body and will stop eating when I will full”, “I will work out every day” etc.

This mindful therapy makes you more motivated towards your goal by changing your stubborn negative belief system that always pulls your leg back and creates difficulty to remain determined.

Though hypnosis is known for curing and dealing with several mental and habitual concerns still some people show reluctance to take its advantage. These people have a belief that in the unconscious state a hypnotist can teach them to do something harmful or strange, which is not true.

As per the popular hypnotists even in the hypnotic state, you have control over your mind and you cannot do or accept anything that you are unwilling to do or accept by your wish.

So nothing to worry about it as you know your goal very well and the purpose of your session. So you will only take the suggestion which will promote your way to reach the ultimate goal or desire.

It is only about your focused attention and hypnosis helps you to learn your hidden ability and power that can enable you to reach everything that you want to achieve in your fully conscious state.

The benefit of hypnosis is for everyone who so ever wants to lose weight however it must be backed by other weight loss measures.

In order to prove whether hypnosis actually helps in weight loss or not one research conducted on two groups of people. One of this group was given hypnosis therapy and another group remains without hypnosis.

After two years when the report came, it was found that the group which underwent hypnosis managed to reduce weight in much greater amount with a comparison to the second group. This depicts that hypnosis enhances or promotes long term weight loss.

This study shows that the benefit of hypnosis is not only for modifying behavior but it also effective for stimulating the weight loss process. It is found in another research conducted on obese women that after hypnosis they found drastic changes in their eating habit, BMI level, workout routine, and other behavioral changes which stimulate their weight loss journey.

However, in one another study conducted in 2012 at Stanford, it was found that hypnosis doesn’t make any noticeable changes in people’s behavior and their personalities.

For this hypnotist gave an explanation that this therapy will not bring a drastic change in the behavior of those people who hardly deep down in imagination and who is not a daydreamer.

In such conditions, these people will consider a hypnosis session similar experience as they are watching a movie, or imaging a book character and story rather than obliging to creative suggestions

But these cases are not true for every other individual. Most of the people positively get hypnotized and grasp and adhere to the suggestion given during the session.

These studies give a mix-up result which actually needs some more studies in order to conclude whether hypnosis can be proved as an effective method for easy dieting and weight loss or not.

However, those who try this therapy must go with a positive belief that if you do not gain by this session then surely even you are not going to lose anything.

So be positive and consider trying this mindful technique as hypnosis helps in easy dieting which opens up your path for fast and easy weight loss without any necessity of weight loss pills, supplements, powders, etc.