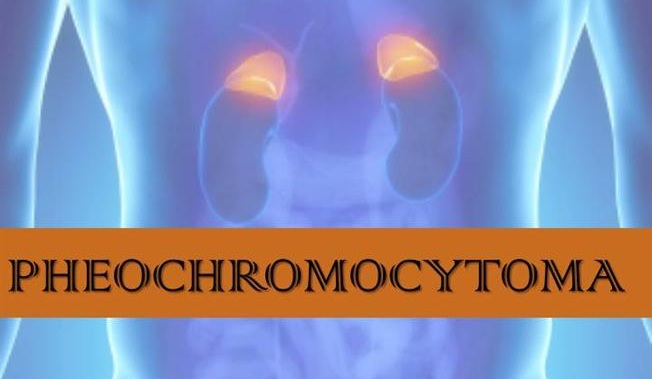 Pheochromocytoma/PCC is a rare tumour forming in cells in the middle of adrenal glands. If the tumour is benign, it requires surgery. In the case of a malignant tumour, however, chemotherapy and or radiation may be required. PCC affects the adrenal gland to release a high level of hormones that trigger blood pressure. In case it is left untreated, Pheochromocytoma can lead to serious damage to the cardiovascular system. Surgical removal of PCC grants relief from this.

Your body has two adrenal glands located above the kidneys. These produce hormones that regulate key body functions like metabolism, heart rate, blood pressure, blood sugar and stress response. PCC is a tumour that causes adrenal glands to make too much of the hormones norepinephrine or noradrenaline and epinephrine or adrenaline. These hormones control critical bodily functions such as heart rate, stress and BP. Increased level of these hormones can damage the production of these adrenal hormones called catecholamines.

While the first one is a condition where tumours grow in the central nervous system, MEN2 is a form of thyroid cancer and neurofibromatosis is associated with tumours on the skin and optic nerves.

Researchers are not aware of what causes PCC. The basic understanding is that tumour develops in specialised cells called chromaffin cells. These are located in the centre of the adrenal gland. They produce epinephrine and norepinephrine, two very important hormones.

PCC is found where chromaffin cells are located. These are also found inn the heart and the area around the bladder , but mostly in the adrenal glands, specifically the adrenal medulla which secretes hormones.

Pheochromocytoma is a rare tumour reported in babies as young as a few days old and seniors at the age of 92. Generally, they are found in 30-40-year-olds.

While the causes of most PCC is not known, a small minority arise because the person has a genetic susceptibility. Inherited Pheochromocytoma is associated with 4 separate syndromes:

Individuals with Pheochromocytoma developing these syndromes have other conditions as well. MEN2A patients have thyroid cancer and other hormonal problems, while MEN2B is associated with cancer and hormonal problems. MEN2A and 2B are due to a gene mutation in RET, at chromosome 10q11.2.

Individuals with von Hippel-Lindau disease often have benign tumours of CNS and pancreas and renal cancer cells. This is caused by a genetic mutation in VHL gene found in chromosome P25-26.

Individuals with NfI have a mutation in the NF1 gene, chromosome 17q11. These disorders are associated with genetic substrates and children of individuals with this disease have 50 percent risk of developing it. Genetic testing is also available.

People with PCC generally have hypertension or high blood pressure and the symptoms of the disease are viable. These occur in attacks called paroxysms. Each of these is characterised by:

Paroxysms can occur close to 25 times in a day or once in months. They can last for minutes, hours or days. The attack usually occurs several times a week and lasts for 15 minutes. Once the episode is over, there is a feeling of exhaustion and fatigue.

Other less common but equally possible symptoms include a headache, weight loss, abdominal pain, tremors and paleness of face.

Spells may be triggered by factors like stress, exertion, changing body position, bowel movement, labour and delivery, ingestion of foods high in tyramine and decongestants as well as stimulants.

Foods high in tyramine include:

Medications which can trigger a symptom include Monoamine Oxidase Inhibitors like Nardil, Marlin and Parnate. Signs and symptoms of Pheochromocytoma can be caused by numerous conditions. Prompt diagnosis and treatment is important.

Pheochromocytoma is treated through surgery to remove the tumour, and prior to this, the doctor may prescribe medications to stabilise blood pressure and reduce risk of complications in surgery.

Two different drugs for a week to 10 days may be taken before surgery to lower blood pressure:

Alpha blockers prevent noradrenaline from charging up muscles in walls of smaller veins and arteries, The blood flow improves as a result of this and blood pressure lessens. Side effects include tachycardia, bradycardia, dizziness, heartbeat, fatigue, vision problems and swelling in limbs.

Side effects include the same as alpha blockers. More medications are prescribed in case these are not effective in combating high blood pressure.

The complete adrenal gland with the Pheochromocytoma is remitted with minimally invasive or laparoscopic surgery. The surgeon will make few openings and insert wand-like devices with tools and cameras. The operation will then take place. If the tumour is cancerous, surgery may be effective if the tumour and metastasized tissues are removed. If cancerous tissue is not removed, a cure will not be possible.

Radiation therapy, chemotherapy and targeted cancer therapies are included in the treatment of malignant, cancerous tumours.

Radionuclide treatment or radiation therapy adds to MIBG a compound attached to adrenal tumours a type of radioactive iodine to kill cancer cells.

Chemotherapy is part of powerful drugs that kill fast growing cancer cells while targeted therapies inhibit molecules that promote the spread of cancer.

The treatment team for PCC comprises:

In the event that tumour is cancerous, radiation and medical oncologist may be consulted. Once PCC is detected tests are done to see if the tumour is benign or cancerous.

There are 4 possible conditions following testing and examination:

Definitions of these conditions are as follows:

Surgery of choice is laparoscopic laparotomy which is minimally invasive.

Recurrent pheochromocytoma means that a malignant tumour that was removed has come back. Depending on how far cancer has spread, chemotherapy or radiotherapy may be tried.

Pheochromocytoma is a dangerous disease if left untreated regardless of whether the tumour is malignant or benign. Go for screening and get medical help if you want to survive and live a healthy life.