A lot of beverages, foods, and even medicines contain caffeine. This includes tea, coffee, soda, power bars, energy drinks, cocoa, chocolates and pain medication. People respond in different ways to caffeine, with some people being sensitive to caffeine and others allergic to it. Caffeine intolerance is a common problem across people.

This is a small molecule present in all sorts of beverages from coffee and tea to energy drinks, water, and colas. These drinks are generally part of dietary intake, but very few people actually stop and debate the impact that caffeine can exert on health and welfare. On account of its unique molecular shape, once caffeine is taken into the body, it moves very quickly around. A hit or caffeine high can perk you up, but be warned…this is one addictive drink!

Caffeine is a stimulant by nature. It is found in coffee and cocoa plants. Tea leaves are also caffeine rich.

What Does Caffeine Do?

When it is ingested, caffeine stimulates the CNS or Central Nervous System, enhancing the functioning of the heart and lungs. It also contracts the blood vessel and causes toxins to be expelled from the body, acting very much like a diuretic.

Without consuming a certain amount of coffee, most people lack the alertness. As a result of its high-inducing properties, caffeine is found in prescriptions and OTC headache medications. Taking moderate levels of caffeine in a day is good for boosting moods, enhancing productivity and increasing alertness. But what happens if you have an allergy or sensitivity to caffeine? Let's find out. 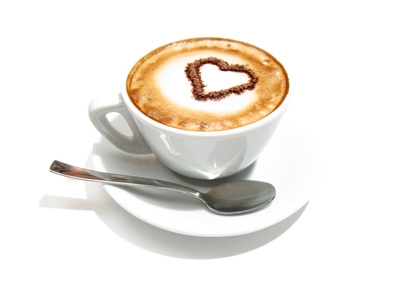 Caffeine allergies are rare. But they do occur. Numerous medical studies have found that caffeine leads to hives or urticaria. There is even a case of a person suffering from anaphylaxis after multiple caffeinated beverages. Decaf or smaller amounts of caffeine may not always produce an allergic reaction. As a result of caffeine allergy, another side effect is angioedema.

When Can Caffeine Allergy Be Diagnosed?

The presence of allergic symptoms within a few moments of consuming caffeine linked beverages or foods. Allergy testing requires caffeine allergy must be diagnosed. The diagnosis can be made through a caffeine tablet or skin testing. Avoiding caffeine rich foods is the best way to prevent the allergy. Some of the symptoms of caffeine allergy include:

How much caffeine is safely had? That depends on whether you have sensitivity, allergy or intolerance. Caffeine-rich beverages are addictive and withdrawal symptoms include headaches, difficulty concentrating, insomnia, irritability and stomach pain. This can occur within 24 hours of stopping the intake. It peaks within 2 days and lasts only a few days.

Feeling sick after drinking caffeinated beverages? It could be caffeine sensitivity. Very few people actually have an allergy. Most people exhibit a sensitivity which is associated with symptoms that mimic an allergy.

The symptoms of allergies are severe. These can affect different parts of the body, and not necessarily just one. Circulatory, digestive or respiratory system reactions will occur within a couple of hours of ingesting caffeine. Symptoms of an allergy include:

In rare situations, anaphylaxis may be experienced. The condition can affect heart rate, BP, and breathing. In contrast, sensitivity to the caffeine means you may have some of the similar symptoms, but not those symptoms that are life-threatening. Caffeine can also lead to irritation of the esophagus.

Unpleasant symptoms can result if too much caffeine is consumed. These comprise:

Most feeling sick after consuming caffeine may just be sensitive to it. Adults are recommended medically to limit ingestion of caffeine to 400 mg or less per day. Consuming anywhere between 500 and 600 mg of caffeine can produce serious side effects.

Caffeine allergies have been seen among coffee workers, but this is due to the dust from the beans of the coffee rather than its consumption. Studies show that males are more susceptible to caffeine as against females.

But individuals who have caffeine sensitivities may not be able to tolerate even 1 cup of caffeine in a day. Another distinction between caffeine allergies and sensitivities is the latter progress at much lower levels of consumption, for instance like a low level of caffeine in chocolate.

Lack of sleep is a well-known symptom of caffeine sensitivity. The effect in terms of sleep disturbance depends on the caffeine amount ingested. Milder or definite sleep problems may arise, based on genetic factors. Caffeine, according to medical studies, impacts sleep within six hours before going to sleep.

Caffeine can lead to anxiety and nervous tension as well. Apprehension, jumpiness and becoming easily startled are some of the signs that caffeine does not suit you.

A common though easily overlooked symptom linked to caffeine sensitivity is a stomach upset. This includes stomach ache, diarrhea, and problems with digestion. Stomach sensitivity can increase following the consumption of caffeine.

Hypertension, high BP and impact on the cardiovascular system are other signs of intolerance and either allergy or sensitivity to caffeine. Research studies have found that consumption of caffeine increases BP. This can be deadly for those with hypertension. Caffeine sensitivity or allergy can also lead to increased heart rate, severe cardiovascular diseases or cardiac arrhythmias.

Some of the signs of caffeine allergy include:

If you are experiencing serious symptoms, you need immediate medical help. Milder symptoms can be dealt with by reducing the level of caffeine ingestion.

Death due to caffeine allergies is rare. Doctors estimate that 100 cups of brewed coffee can kill people weighing about 150 pounds.