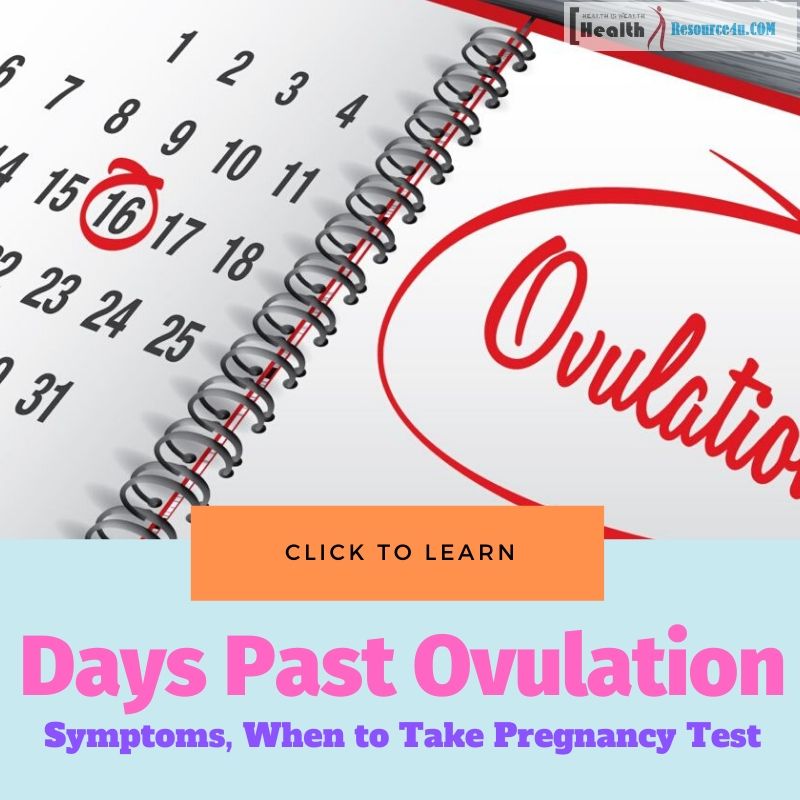 DPO stands for days past ovulation which is a crucial period for couples who are trying or expecting a successful conception. Though the Days past ovulation symptoms many times seem similar to the signs of an impendent period if you have depth knowledge of its unique signs then you can catch that goods news even before a home pregnancy test kit result.

Ovulation is a process in which an egg is released from women’s ovary and travels through the fallopian tubes to get successfully merged with sperm and get fertilized. Couples who are indulged in unprotected sex or actively planning to conceive successfully, for them this is the high time for successful implantation by a fertilized egg into the uterus lining.

The signs and symptoms of implantation or conception differ from person to person. Also, it remains different from one pregnancy to another which means in two different pregnancies the same woman can develop different signs of pregnancy.

Some common bodily level changes and signs include muscle ache, headache, changes in hunger pattern, etc during the early stage of pregnancy or DPO. However, these symptoms may also occur due to some other health conditions or circumstances as well.

So what you can do under the condition where you cannot wait until days or a week crosses to your next period date. In fact, many times very early stage pregnancy cannot be detected even with the home pregnancy test kits which work on the detection process of hCG i.e. human chorionic gonadotropin hormone that exists in the urine of pregnant women. This is because the level of this pregnancy hormone remains very subtle in the early days of conception as your body is releasing it in a very low amount.

However, if you are an impatient couple and this is a big matter for you that you cannot wait for long, then you should pay close attention to some subtle signs that occur just after your fertilization or 8 days past ovulation analyzed thoroughly below.

The DPO symptoms or early pregnancy symptoms are quite similar to PMS or signs that develop around the time of ovulation or symptoms experienced by women who are already taking certain fertility medications.

Ovulation is a period in which your ovary releases an egg and with this, the luteal phase of your menstrual cycle starts. The luteal phase lasts up to your final or end date of the menstrual period unless the pregnancy happens.

In the earliest stage of the luteal phase, women don’t experience any signs of pregnancy. This is because a fertilized egg takes time to implants itself to the uterus wall and only after a successful implantation pregnancy happens.

This sudden rise in the level of progesterone hormone can affect the mood and body of the concerned woman. At this point, the symptoms are very much similar to early pregnancy or the signs that occur before a menstrual period.

However, the above-mentioned symptoms may also develop in women who are not pregnant. The reason behind this is the increased level of progesterone in the body that develops during the last stage of the period cycle.

The moment a fertilized egg implants itself to the uterus wall approx. one-third of women notice light bleeding or spotting. This bleeding is known as implantation bleeding which is also a prominent sign of early-stage pregnancy. However, the bleeding consistency and flow remain too light that most of the time it remains unnoticed or unmarked.

The implantation bleeding or spotting lasts only for one or two days not more than that. This only occurs when women get pregnant. However, even at this point chances remain high that a pregnancy test report will show a negative report.

During the implantation phase, your body starts producing a special hormone that is only produced in the body after a successful pregnancy known as hCG. The pregnancy hormone or hCG along with estrogen and progesterone together contribute to early pregnancy signs in the body. This is the hormone identified by the pregnancy home test kits and on the basis of that, they reveal your pregnancy result.

The reason why in this phase these test kits fail in identifying these hormones in your urine because it takes time around many days for the hCG to reach a detectable position. This is the reason why you may not notice early pregnancy symptoms immediately.

After a few days of implantation, the hCG level in your body may rise enough to develop full-fledged signs of early pregnancy. Still, as this is the time or phase of your current menstrual cycle so many women relate the symptoms of early pregnancy phase with pre-menstrual signs or symptoms such as abdominal ache, headache, mood swings, etc.

However, women who are very much aware of their body reaction or response before each month period cycle can easily differentiate between the early pregnancy signs and pre-menstrual signs. In this context they themself can get more assure whether the symptoms are because of pregnancy or because of the next period waiting-phase or normal menstrual cycle.

At this stage, a woman may notice the following signs or symptoms of early pregnancy-

At this phase of DPO, a woman experiences enough number of early pregnancy stage signs and even the hCG level rises too, that a home pregnancy test kit can easily detect a positive and correct result of your pregnancy news. However, the level of hCG may vary so even the risk of false pregnancy test report remains at this stage of DPO.

When to Take a Pregnancy Test

You are at high risk of pregnancy if you had unprotected sex last time. Apart from this if your period is late by 9 days or more than that, then without delay you should take your home pregnancy test with the pregnancy test kits that you can easily avail in any medical store.

If you are one of those couples who are dying hard to take a pregnancy test then for an accurate report you must keep some patience. Otherwise, if you take your home pregnancy test quite early then chances of negative result risk would be quite high. This is because the hCG level takes time to reach the level of detection by these home test kit tools in the initial phase of your conception.

So if you don’t want to get upset or get disturbed by a false report then be patient and wait until one or two days of your missed period date. This period usually lies around the two weeks after your conception date.

Also while you are using a home pregnancy test kit you must read its guidelines thoroughly in order to use it appropriately otherwise due to your silly mistake it can show a negative result in spite of your pregnancy.

However, if you can’t wait so long and desperate to know about your successful conception news then you can try for a blood test to diagnose your pregnancy result. The blood test is quite sensitive to the hCG level so even the little trace of hCG can be detected in this report. However, these tests are expensive than a home pregnancy test and needed to be done under a doctor’s supervision at their office.

At 7 to 10 days past ovulation, the amount of hCG reaches 20 mlU and above which is the minimum detection level where the test kit gets sensitive to this hormone. So you can start testing for your pregnancy after 7-10 DPO which you can easily get to know if you are using a basal thermometer or ovulation tests.

What to do if the test result shows a negative report but I am noticing pregnancy symptoms continuously?

Under the condition where you get a negative pregnancy test result but your period has not started yet and other pregnancy symptoms are also occurring then you should wait for few days or a week's time for taking another home pregnancy test. In this case, you can also consult with a doctor and discuss your symptoms who can analyze better to your whole condition and guide further.

When to expect a positive Home Pregnancy Test if I am actually pregnant?

If you will test too early then your chances of getting a “false negative” report will be too high. The average DPO period that is around 10 DPO, the chances of getting more positive results remains high if you are actually pregnant.

However, people who are actively trying for conception, for them a false negative result can be heartbreaking. So it is advised to wait for more few days in order to get a confirmed and more accurate result. Also, the HPT result must not be relied upon if this result is strongly connected to your emotions. In such cases, a blood test is the better option to avail of a positive and accurate report.

Is the false-positive result really occurs?

The possibilities of getting false positive results do exist but in rare scenarios. This kind of incident happens when a woman is already taking a hormonal medication as a part of her fertility treatment. In such cases as these medications contain a little amount of hCG so the home pregnancy test can falsely detect its level in your urine and produce a false-positive result.

This kind of incident is also possible if a woman is taking home pregnancy tests inappropriately or she had a chemical pregnancy where early-stage miscarriage happens. In these circumstances, in spite of your nonpregnancy, the HPT can show a false positive report.

What I can expect at 5 days past ovulation?

The symptoms of pregnancy may be noticed at 5 days past ovulation or DPO. However, at this stage, a woman doesn’t get assured about their pregnancy news until some more days pass.

A missed period is the first sign of pregnancy which occurs 15 days past ovulation and this time the HPT report shows 99% accurate result. However, these symptoms start developing as early as 5 DPO and that is the significance of this particular phase of DPO which mostly remains unnoticed or unconfirmed.

After 5 to 6 days of egg fertilization by the male sperm, the early pregnancy symptoms like cramp and implantation bleeding occur. Apart from these early pregnancy signs, some other signs of this stage include breast tenderness and mood swings.

No doubt the Days past ovulation symptoms are worth considering by women who are impatiently waiting for their positive pregnancy news or even for those who want to avoid pregnancy as accordingly, thy can plan further.

However, it must be understood that no symptoms by itself can confirm your early pregnancy. Also, there are several cases where women don’t notice any early signs of pregnancy at all. So all these things must be considered before you make a sure sort confirmation regarding positive pregnancy news in your mind.